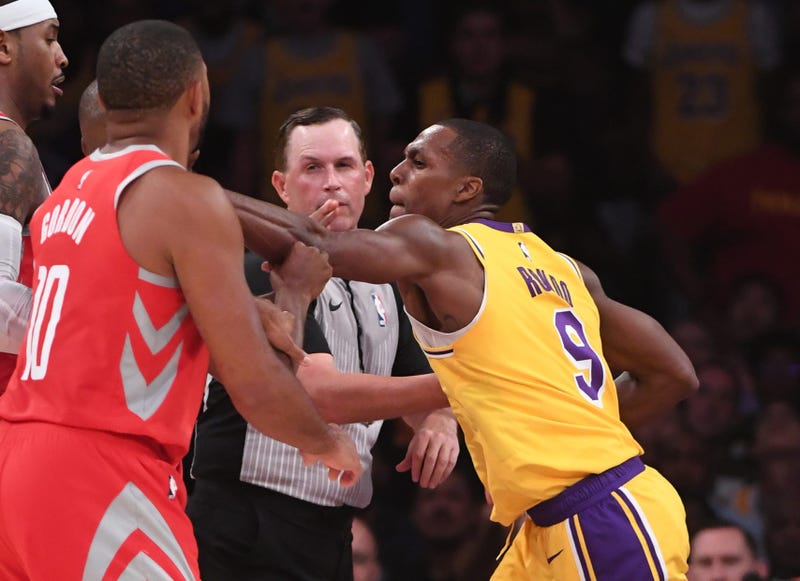 Welcome to Monday’s Morning Mashup. For the latest news, start at our WEEI.com home page or click here for the top stories from our news wire.

-- The NBA has suspended Rajon Rondo, Brandon Ingram and Chris Paul for three games, four games and two games, respectively, all without pay, for their roles in a fourth-quarter fight on Saturday night in Los Angeles in a game between the Lakers and Rockets.

Rondo got one more game than Paul because he threw the first punch, according to NBA vice president of basketball operations Kiki VanDeWeghe.

"We try to judge each one of these [incidents> on the merits: who does what, who instigates, how dangerous the situation becomes and is," VanDeWeghe said. "And also the discipline is an act of deterrence. We want to make sure that we deter this further action and make a statement that this is not acceptable. Fighting's not acceptable in our league and never has been."

The NBA is still evaluating the courtside video taken Saturday night to determine if Rondo spit in Paul’s face during the incident.

The whole thing began when Paul pointed a finger in Rondo’s face and Rondo threw a punch at him. Then Ingram ran from half court and threw a punch in the direction of Paul and all hell broke loose.

Rondo says he did not spit on Paul.

Lonzo Ball could replace Rondo in the starting lineup.

-- First Rihanna declined to participate in any Super Bowl entertainment in solidarity with Colin Kaepernick and now Amy Schumer is following suit.

In an Instagram post, Schumer said she will refuse to appear in any Super Bowl commercials to show support for Kaepernick.

Friday thought. I wonder why more white players aren’t kneeling. Once you witness the truly deep inequality and endless racism people of color face in our country, not to mention the police brutality and murders. Why not kneel next to your brothers? Otherwise how are you not complicit? I think it would be cool if @maroon5 backed out of super bowl like @badgalriri Did. I personally told my reps I wouldn’t do a Super Bowl commercial this year. I know it must sound like a privilege ass sacrifice but it’s all i got. Hitting the nfl with the advertisers is the only way to really hurt them. I know opposing the nfl is like opposing the nra. Very tough, but don’t you want to be proud of how you’re living? Stand up for your brothers and sisters of color. And the hottest thing a guy can do is get down on one knee. Not to propose but to reject the treatment of his teammates by this country. Anyone who says its disrespectful to our military please read up on the fact that a lot of veterans are proud of what @kaepernick7 is doing and fully support him. What are your thoughts?

Schumer also challenged more white football players to kneel in support of Kaepernick. And she called on Maroon 5, who is headlining the halftime show, to pull out of that performance.

The band has yet to respond.

QUOTE OF THE DAY: “I think there were a lot of adjustments that were probably challenging for Josh especially, as the play caller. I give him so much credit never to lose his poise and Gronk just not feeling up to it -- Josh kind of manipulating everything with the gameplan that he needed to do in order to put us into a position to do well.” -- Tom Brady, on offensive coordinator Josh McDaniels, after the Patriots’ win over the Bears on Sunday