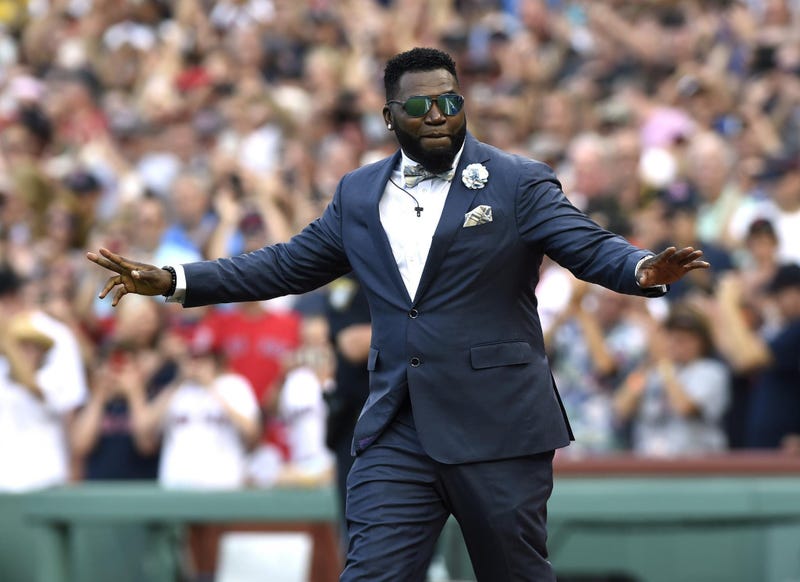 Welcome to Wednesday’s Morning Mashup. For the latest news, start at our WEEI.com home page or click here for the top stories from our news wire.

-- David Ortiz is working the FOX Sports World Series pregame show this October and before Game 1 on Tuesday night he brought out some of his souvenirs from the other years the Red Sox have been in the Fall Classic.

Ortiz slapped his huge box of championship rings down on the desk right in front of Alex Rodriguez, who smiled and pushed the box away.

Papi brought the bling back to Fenway -- pic.twitter.com/BP4OgyRzFb

Rodriguez was not wearing his one, single World Series ring for the broadcast.

-- Rajon Rondo insists he did not spit on Chris Paul during the Lakers’ brawl with the Rockets on Saturday and said Paul not a “good guy.”

"This is the only time I'm going to address this," Rondo said on Tuesday. "I had a mouthpiece in my mouth and I (was) exasperated because I was about to tell him to 'get the (expletive) out of here.'”

"Look at my body language (in the video),” he continued. “My hands on my hips. I turn away for a second. Look at Eric (Gordon) and Melo (Carmelo Anthony) in the video. If they saw me spit, they would have turned their face up or something. They had no reaction."

Rondo, Paul and Brandon Ingram were all suspended for their roles in the brawl.  Ingram was given a four-game suspension. Rondo was not thrilled to be suspended for three games while Paul only got two.

"Of course, the NBA went with his side because I got three games and he got two," Rondo said. "Everyone wants to believe Chris Paul is a good guy. They don't know he's a horrible teammate. They don't know how he treats people. Look at what he did last year when he was in L.A.; trying to get to the Clippers' locker room. They don't want to believe he's capable of taunting and igniting an incident ... He comes out and says I spit and the media sides with that."

"Y'all are playing me with these tricks or these mind games, tampering with the evidence," Rondo continued. "Ain't no way that I intentionally spit on you with my body language the way it was. One, if I spit on you, bottom line, there is not going to be no finger-pointing. If you felt that I just spit on you, then all bets are off. Two, look at my body language. If I spit on you on purpose, I'm going to be ready for a man to swing on me. You ain't going to have my hands on my hip and my head look away at someone if I spit on them. After the (expletive) goes down, within 30 seconds, you run and tell the sideline reporters that I spit on you? If I spit on you, you are trying to get to me. You not trying to make up a story so you can look like a good guy. It makes no sense to me. I was going to let it rest. I wasn't going to say much. But now I have kids and I teach my kids to speak up for themselves and don't let the world tell their story."

Rondo said he threw a punch because Paul pointed a finger in his face.

"It's bigger than basketball now, for you all, for the league, that side over there trying to spin this like ... this whole spitgate," Rondo said of the media. "Trying to blame me without being accountable for anything he did to provoke the situation."

QUOTE OF THE DAY: “He was prepared. He wasn't upset, actually, that he wasn't playing. I told him, "Be ready, man. You might have a big at-bat tonight and do your thing. And he did.” -- Alex Cora, on Eduardo Nunez’s pinch-hit, three-run home run in the seventh inning of Game 1 of the World Series