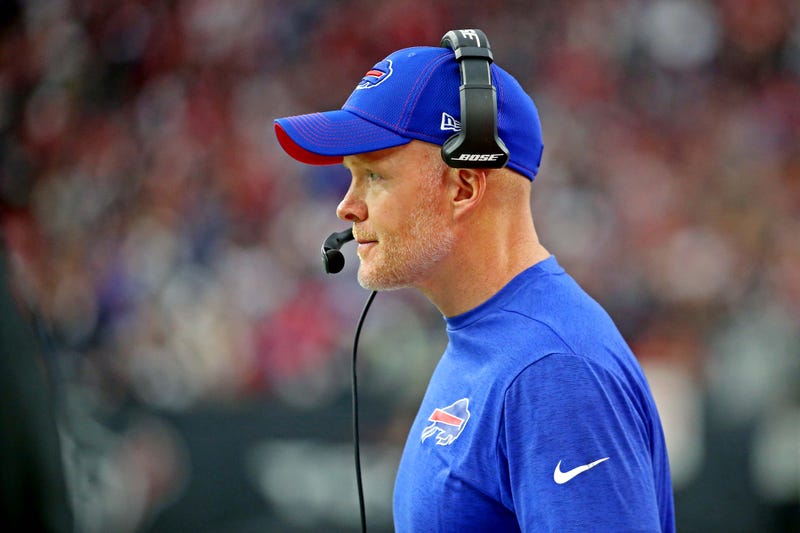 Happy Thursday! We're coming off a big Bruins OT win, and they're back in action tonight. Plus the Celtics wrap their seeding games tonight. And a late afternoon Red Sox delight? Give us all of it!

Heck of a Boston sports Thursday, if we may say so ourselves (and we did).
BILL-T TO LAST

Buffalo Bills coach Sean McDermott, who's been instrumental in helping steer the franchise in the right, competitive direction, signed a multiyear extension Wednesday, guaranteeing a competitive thorn in the Pats side for years to come. Normally we might say, "We've been here before, and what have they won?" But MCDermott has helped the Bills get to the playoffs 2 of his first 3 seasons, and also was the coach who gave Brady some of his most statistical fits. We'll see how he responds to whatever the Pats throw at him (**cough** Cam Newton!) this year. But fact remains McDermott has prioved a solid coach and a worthy adversary. Congrats! And hope you're Wild Card successful for years to come.

And no, not because they have an awkward generic name right now, or have been largely non-competitive for the past few seasons. The Washington Football Team announced Wednesday they wouldn't have fans in the stands for the upcoming season. Make your obvious jokes (and there are plenty of them), but this can't be a good harbinger of things to come for other teams, including the Patriots, who just this week got town approval for 20% capacity this season.

No fans at FedEx field... pic.twitter.com/9XfJH9Fthw

BECAUSE WE NEED THIS

a.) Thank you, Klay Thompson, for proving you can be athletically resourceful in a pandemic while teaching an old dog new tricks...

How Klay’s getting ready for the season -- (via @klaythompson)

b.) ...and please, give us all the Dale Arnold wardrobe malfunctions.

With Cam Newton, one of the great rushing QBs in NFL history, in Foxboro, perhaps we should take a moment to remember the last time the Pats had a QB with wheels the rest of the league had to respect.