For now, the Bruins are not worried about the fact that they have not been able to win a game or even keep one close in Carolina. They will try to figure out how to change that if they get to a Game 7.

Game 6, however, is in Boston, where the Bruins won Games 3 and 4. Their entire focus is on holding serve once again, and staving off elimination in the process.

“We have to win one game at home. We’re not worried about the next game,” Bruins coach Bruce Cassidy said on Wednesday. “We’re 2-0 at home in the playoffs. I think we play well in this building, great fan support. So for us, we need to win a home game. That’s all that’s in front of us right now. Yeah, it’s not easy to win in the playoffs, but it’s not a monumental task. We need to win a home game. We’ll sort it out from there. That’s the message to the guys.”

So, how do they do that? Here are five keys:

A running theme all series has been the Bruins starting pretty well and controlling the first 5-10 minutes, only to eventually give up the first goal. They sure would love to get rewarded with the first goal in one of these games. It has to happen at some point, right? Like maybe Thursday night?

The Hurricanes are just too good of a team to go down by two goals against. They had the No. 1 defense in the NHL in the regular season. You basically need to play a perfect game the rest of the way to overcome that kind of deficit against them.

Even doing what the Bruins did in Game 4 -- twice coming back from one goal down -- is not something you can expect to do too often. So yeah, ideally they would find a way to finally score first themselves. But at the very least, don’t let a first goal against snowball.

2. Get timely saves from Jeremy Swayman

This is part of getting off to a good start, too. While the Bruins had multiple defensive breakdowns on the Hurricanes’ first goal in Game 5, it was ultimately a shot Swayman should’ve saved.

Cassidy announced on Wednesday that he is sticking with Swayman for Game 6. It will be his first elimination game and the biggest start of his young career. It will also mark the first time he has started four games in a row. The Bruins may not need him to be completely perfect, but they will almost certainly need some big saves from him. They may not be able to survive even one soft goal.

Cassidy does not expect fatigue to be a factor even as Swayman’s work load increases.

“No,” he said when asked if he sees any signs of fatigue. “I don’t think he looked his best [Tuesday]. What it comes to down to for me is, I’ll go to Game 3, big, big saves early on, on [Tony] DeAngelo and a breakaway on [Jordan] Martinook, gives us a little bit of, ‘Hey, let’s find our game.’ Even though they scored first, those were important, timely saves. … Those are areas of the game that we got at home and we’re gonna need [Thursday] again. You need that timely save early on.”

3. Get more from the middle-six forwards

The Bruins have gotten one 5-on-5 goal all series from a forward not named Brad Marchand, Patrice Bergeron or David Pastrnak. That came from Taylor Hall way back in Game 1. Obviously, that’s not nearly good enough.

The Bruins might be OK with having to rely on the top line and the power play for goals if the other lines were at least not getting scored on. While the fourth line of Nick Foligno, Curtis Lazar and Chris Wagner has done a good job in that respect (zero goals against), the second and third lines -- in all their various alignments -- have not.

Hall is a minus-6 at 5-on-5 play, Jake DeBrusk a minus-5, Charlie Coyle and Erik Haula each a minus-4, and Craig Smith a minus-3. Hall and Smith had a bad defensive-zone miscommunication on Carolina’s first goal on Tuesday. Trent Frederic started the series on the third line before being healthy scratched the last three games. Tomas Nosek, who moved up to replace him, got benched in Game 5.

The Bruins don’t necessarily need all of those guys to be firing on all cylinders at all times, but they can’t have them all go cold at once and expect to win, either. Hall is especially important. He struggled in the regular season until he got Pastrnak on his line, and now he’s struggled in this series since Pastrnak got moved back to the top line.

It’s possible Cassidy reunites him with Pastrnak in Game 6 in an effort to get a second line going again. But even if he doesn’t, the Bruins still need Hall to step up and drive the second line more than he has.

“They’ve gotta play,” Cassidy said of Hall and usual linemate Haula. “They’re good hockey players. Both had success offensively this year. Obviously David I think helped get them going, but at the end of the day, they’ve been in the league a while. If it’s Jake DeBrusk on the wing, Jake had 25 goals this year. He’s a good hockey player too. So they just have to find a way to generate.

“…I guess the how is getting speed through the neutral zone, getting first touch on the forecheck when you don’t have an odd-man rush, separating down low. I think that’s what that other group [the top line] does well. They’re strong on their feet and they separate down low. That’s where Taylor and Erik have to be better against good defensemen. They have to find a way to hang onto pucks and separate and use that small amount of ice to get to the net.”

4. Get clean play from the second D pair

The Bruins are expected to have their top two defensemen in the lineup for the first time since Game 2, as Cassidy said on Wednesday that Hampus Lindholm is expected to return from his upper-body injury.

Who comes out and what the Bruins’ defense pairings look like remains to be seen. The one safe bet is that the third pairing will almost certainly remain Derek Forbort and Connor Clifton. Cassidy likes the way they’ve been playing. While they’ve spent a lot of time in their own zone (often by design), they’ve done a good job of keeping the puck out of the net, and Forbort has been big on the penalty kill as well.

Matt Grzelcyk would seemingly be the most likely to be the odd man out. He has struggled at both ends of the ice in this series, including in Game 5 when he committed a turnover on Carolina’s first goal and also took two penalties. The Bruins have been outscored 6-2 at 5-on-5 play when Grzelcyk has been on the ice, including 4-0 when he and Brandon Carlo have been together. That’s not acceptable from a second pairing.

Cassidy could put Lindholm back with McAvoy to load up the top pair and drop Mike Reilly to the second pair with Carlo. Or he could try Lindholm with Carlo again, which is what he did in Game 2. However, it was actually an ill-advised pass from Carlo that put Lindholm in position to get hammered by Andrei Svechnikov.

Reilly and McAvoy have been good together. In their 22:52 together at 5-on-5, the Bruins have out-attempted the Hurricanes 32-15, outshot them 16-5, and outscored them 1-0. With plenty of other stuff to fix, that pairing is one thing that’s not broken right now.

UPDATE: Based on Thursday's morning skate, it will be Lindholm with McAvoy, Reilly with Carlo, and Grzelcyk out.

The Bruins would love to actually win the 5-on-5 battle for once, as they’ve been outscored at 5-on-5 in four of the five games and broken even in the other. If they don’t, though, or if they just manage to break even, they’ll need to win the special teams battle.

That was the recipe in Games 3 and 4, when the Bruins went 4-for-14 on the power play, 10-for-10 on the penalty kill, and also scored a shorthanded goal. The Hurricanes flipped the script in Game 5, though, scoring two power-play goals of their own and shutting down the Bruins’ three man advantages.

One key here will be staying out of the box. The Bruins have given Carolina five or more power plays in each of the last four games. That’s too many.

Again, it makes no sense that on multiple occasions, the Bruins have been the only team penalized for seemingly harmless scrums. But now they know that’s how the refs are calling it, so just don’t engage. Don’t throw a jab, don’t face-wash a guy, don’t put anyone in a headlock. Protect your goalie if you need to, and then skate away. 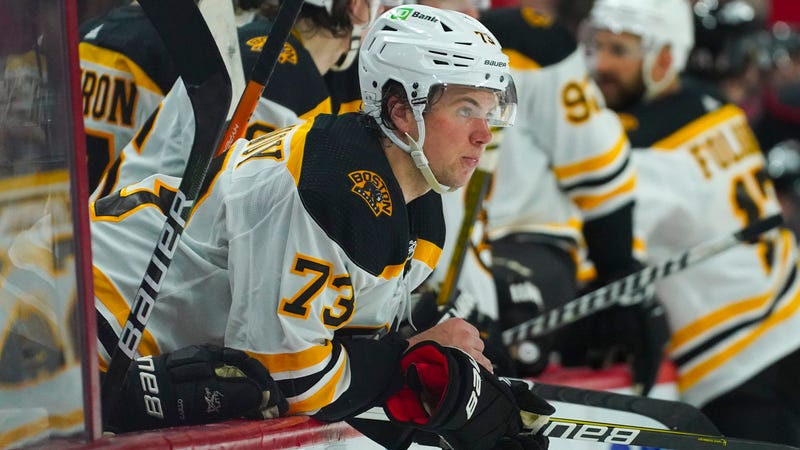