Well, Tom Wilson is probably going to remain public enemy No. 1 among Bruins fans for a while.

The Capitals forward made his presence known once again Thursday night at TD Garden, landing a hard hit on Boston forward Anton Blidh in the first period that knocked Blidh out for the remainder of the game.

The hit came while the Bruins were killing a penalty with the game tied 1-1. Blidh led a shorthanded rush before dropping a pass off to teammate Erik Haula. Just after he did, Wilson finished a heavy hit that left Blidh down on the ice in pain. Blidh needed help getting off the ice and went immediately to the locker room. During the first intermission, he was ruled out with an upper-body injury.

Wilson was not called for a penalty on the play. Looking at several replays, it appears that was the right call. Wilson glides into the hit and doesn’t appear to make head contact. It was a tad late, but not late enough to be a clear interference.

Tom Wilson with a big hit on Anton Blidh. Blidh to the locker room pic.twitter.com/6kkwcXeouz

Clean or not, the Bruins obviously won’t be thrilled with Wilson, who already has a history with them. Last season, Wilson was suspended seven games for a hit to the head on Brandon Carlo that forced the Boston defenseman to spend a night in the hospital and miss nearly a month with a concussion.

The physicality definitely picked up after Wilson’s hit Thursday night. Charlie McAvoy landed a hard, clean hit of his own on Washington defenseman Trevor van Riemsdyk soon after.

After the game, Bruins coach Bruce Cassidy said he didn't have an issue with Wilson's hit.

“The Blidh one, he kind of came in to the middle of the ice, saw him at the last minute,” Cassidy said. “Listen, Wilson hits hard. We’ve seen that. Some clean, others not clean. I didn’t mind that hit. I thought he went for the chest, I thought he kept his elbows down. So from my vantage point, I didn’t see anything other than a hard hit. Obviously wish Anton had a chance, just caught him coming into his view half a second earlier so he could’ve protected himself.”

He did, however, have an issue with Garnet Hathaway's hit that injured Brad Marchand later in the game. 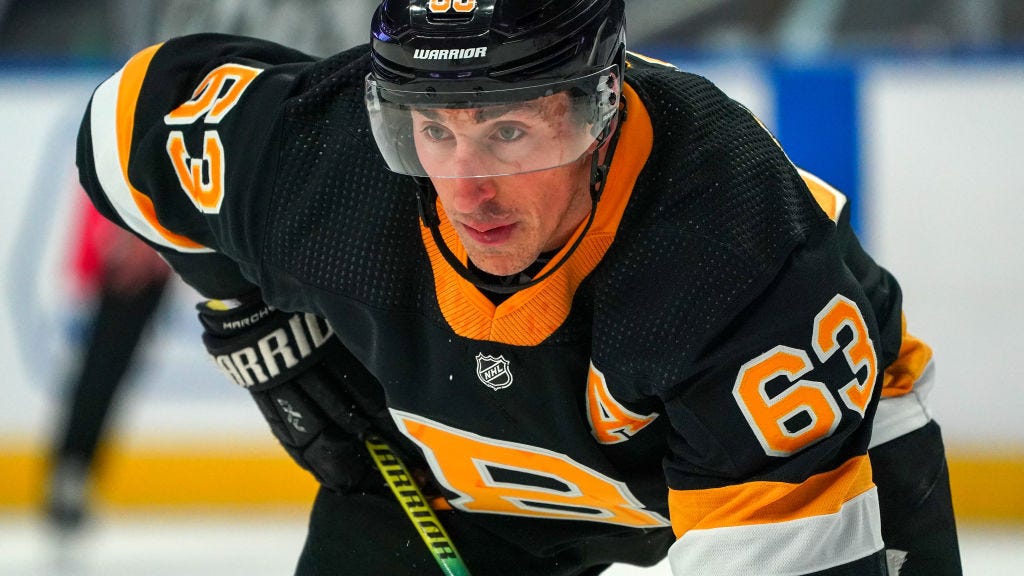