You can look at how well the defense played, bending but never breaking. You can look at how the Jets got some breaks, including Nick Folk missing two field goals. And you can talk about how it was just one mistake, on special teams with less than a minute left, that was the difference in a stadium where, last year, the Jets were embarrassingly blown out.

All of that is window dressing, though, because there was something much more ugly that, realistically, gave the Jets no right to even be in that position: they had just 103 net offensive yards (136 minus four sacks for 33 yards), and only two in the second half.

“It was dogs—t,” head coach Robert Saleh said bluntly of his second half offense. “I don’t even know if we got a first down.”

“Overall, we just weren’t executing and moving the chains,” Zach Wilson added. “They did a good job making it hard on us to get easy ones in the pass game, the running game never got established, and obviously, I have some I want back – but we have to find a way in these conditions.”

The Jets’ running game never got going, sure, with their top two backs combining for 29 yards on 15 carries and Zach Wilson (three for 29 yards, including a 14-yarder) leading the team in rushing. But Wilson was just as incompetent and inconsistent throwing, completing just nine of 22 passes for 77 gross yards, and overthrowing receivers several times – including one on this screen play that was wide open:

Zach Wilson has to be the worst quarterback in the NFL 😭😭 pic.twitter.com/emBsZUT5N6

It was an epidemic, and when asked if he felt he let the defense down, Wilson – who quipped “we’ll see then in two weeks” after the previous loss to the Pats, bluntly said, ‘no.’

Saleh and his teammates didn’t think so either.

“We couldn't run the ball either, so here's a lot of things we need to look at to see if we can find efficiency in the offense,” Saleh said. “Either way, it just wasn't good enough. It’s not about pointing fingers at anyone or anything, it’s about finding the answers, because we’ve done it against other teams. The consistency needs to get found.”

“Of course it's frustrating, it'd be ridiculous to say it's not. But, at the end of the day any loss is supposed to be frustrating,” Berrios added. “We were in a dogfight, and they made one more play than we did.” 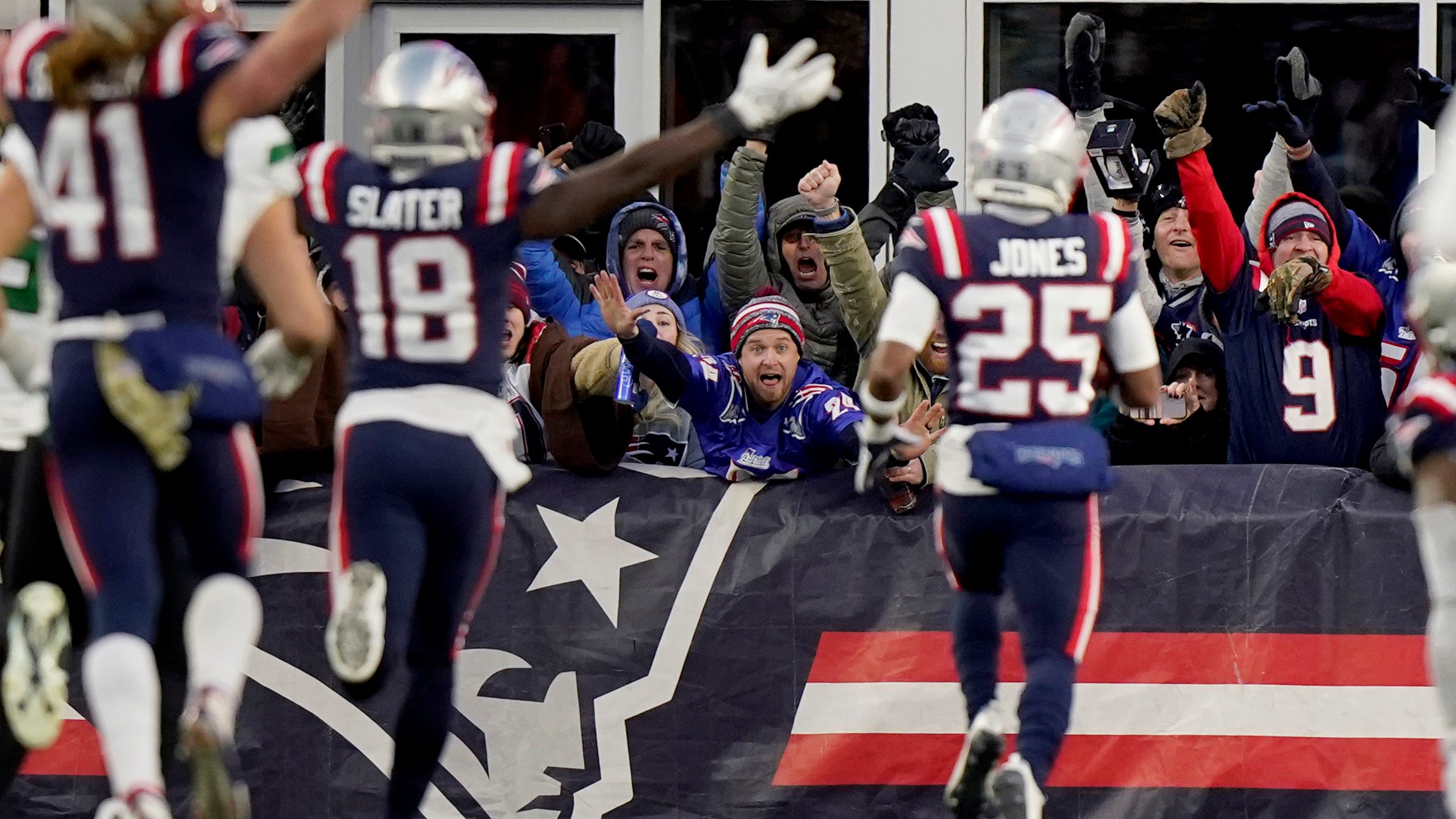 Those statements lead to wonder just exactly what this Jets team is, though; they’re 2-2 in the best division in football and lost their other games to 7-3 Baltimore and defending AFC Champ Cincinnati, but they’ve also barely beaten Denver, Pittsburgh, and Cleveland, needing an epic fourth-quarter comeback to clinch the latter win.

“We've won some big games and we've lost some games obviously hat we want back,” Zach Wilson said. “We’re just gonna move on and learn from this one."

It’s one thing to say, but there have been too many games like Sunday’s, it seems, and not enough like the win against Miami.

"We got our ass beat on offense, and the results showed,” said Garrett Wilson. “This isn’t okay. We've got the dudes. It's time to be consistent. It's time to start winning the games we should win."

Regardless of the reasons, a day the Jets began looking at first place on the AFC East ends with them in last in the division, 6-4 in a group where all four teams are at least two games over .500. Gang Green hosts the Bears next Sunday before back-to-back road games in Buffalo and Minnesota and a home date with the red-hot (especially on the road) Lions. 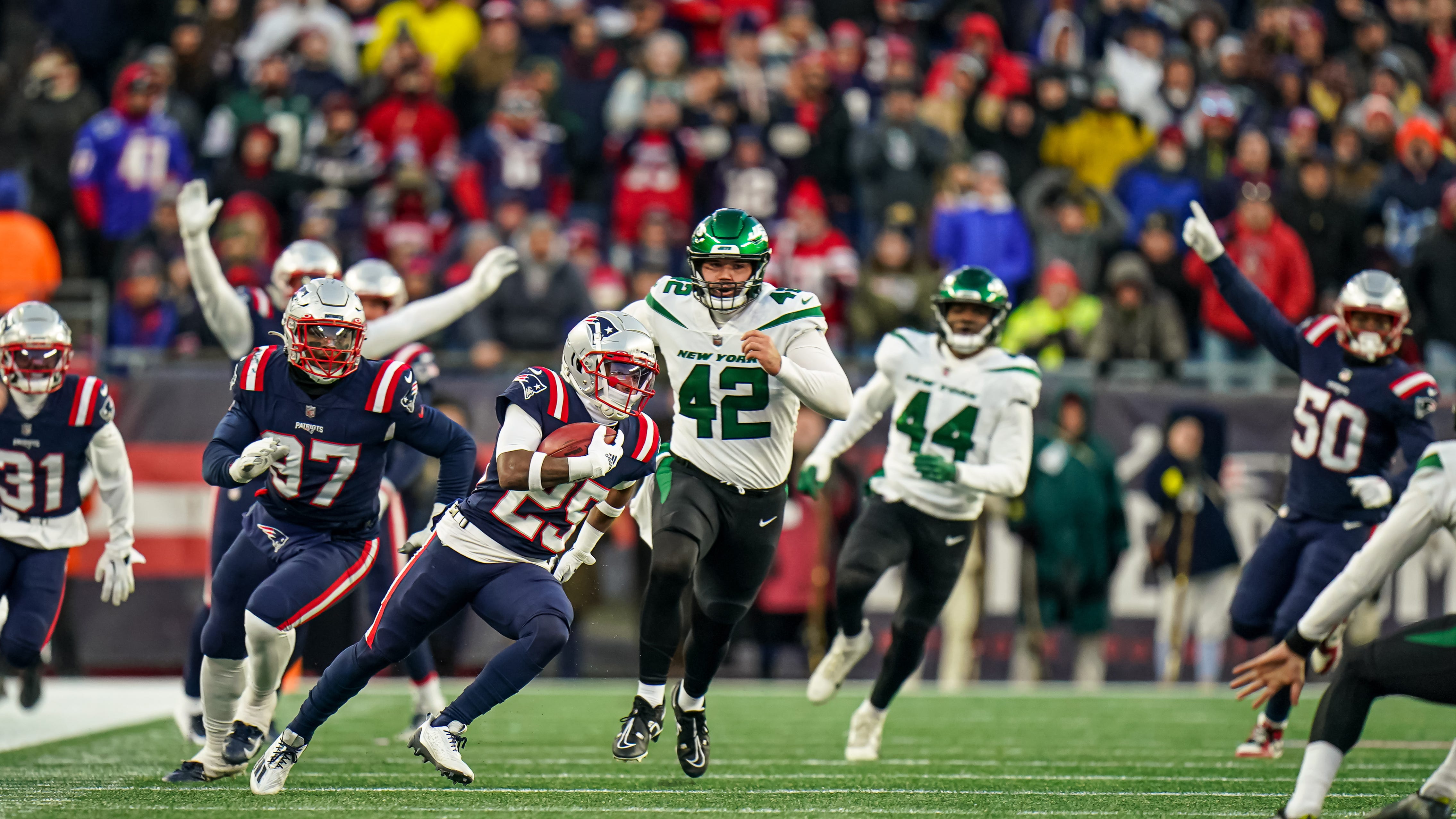 A tough road ahead before a pre-Christmas Thursday night showdown with Jacksonville, which means there’s only one thing to do on Monday.

“Show up tomorrow and find ways to get better, that’s it,” Saleh said. “We still have seven games to play, and we’re still in the thick of things, so we have to get right back on the horse and get ready to play another football game.”

"We all got to take that responsibility, build each other up, and come ready to work. We got to have a plan though, we can't just be passively working and be in the facility and not know what we're there for,” added Garrett Wilson. “We have to find something to get better at, especially in the passing game, if we’re going to get where we want to be.”