The Boston Red Sox had a bit of a confusing trade deadline.

They started out by shipping starting catcher Christian Vazquez to the Houston Astros, but then added Eric Hosmer and Tommy Pham. It was the type of buy-sell deadline that sends mixed messages.

Vazquez was the main piece that Chaim Bloom traded away, although the Red Sox have other pending free agent stars in Xander Bogaerts, Rafael Devers, and J.D. Martinez.

Martinez told Rob Bradford of Audacy’s “The Bradfo Sho” that he thought he was next to be dealt after the Vazquez trade.

“Obviously, the organization has to do their part. They have to get the most out of you, for you, value, whatever. And then you have players in those unique positions where it’s not every time you get traded and you’re in a playoff team right away,” Martinez said (10:00 in player above). “That’s what I care about. I care about winning. I want to win.”

Martinez initially wasn’t sure what to make of a potential deadline move. But once the first domino fell, he thought he was next.

“I think if Christian didn’t get dealt, I think I would’ve said no, I’m staying. But once they dealt Christian I was like OK, I’m kind of next,” he said. “The whole team kind of pretty much felt that way.”

However, instead of going on a selling spree, Bloom and Boston shifted gears to add some pieces.

“Then we added Eric and we added Tommy and it was alright, well, we got better in other places but we lost potentially one of the best catchers in the league to a team that we’re going to have to beat,” Martinez said. “So it was one of those things that caught everybody off guard.”

There was some speculation that things could get tense in the Red Sox clubhouse leading up to and especially after the deadline. But Martinez has nothing but confidence in himself and his teammates.

“I have every confidence in this team and this offense. I think our offense is as good as any out there. If you look at the runs we produce, we’re right up there,” he said. “And that’s even with down seasons by me, and as good as Xander is, by Xander, too. I think that shows our depth and what we have.”

The slugger doesn’t know what’s in store this offseason as a free agent, but he enjoys playing in Boston.

“Boston’s just great because of the park. Going there and the fans everyday, that environment, you can get that anywhere else.” 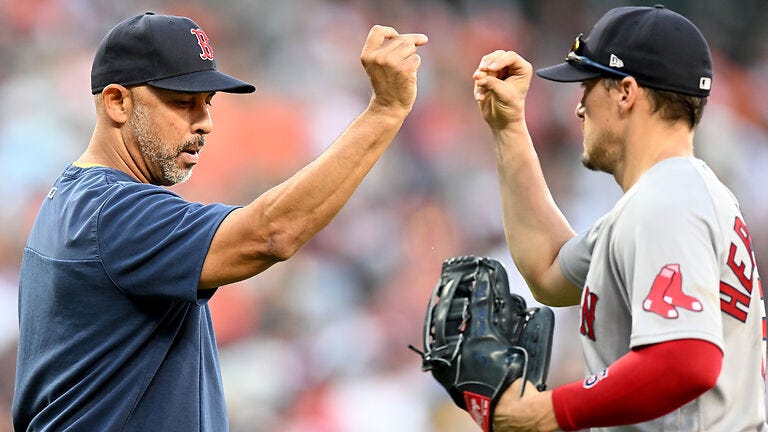