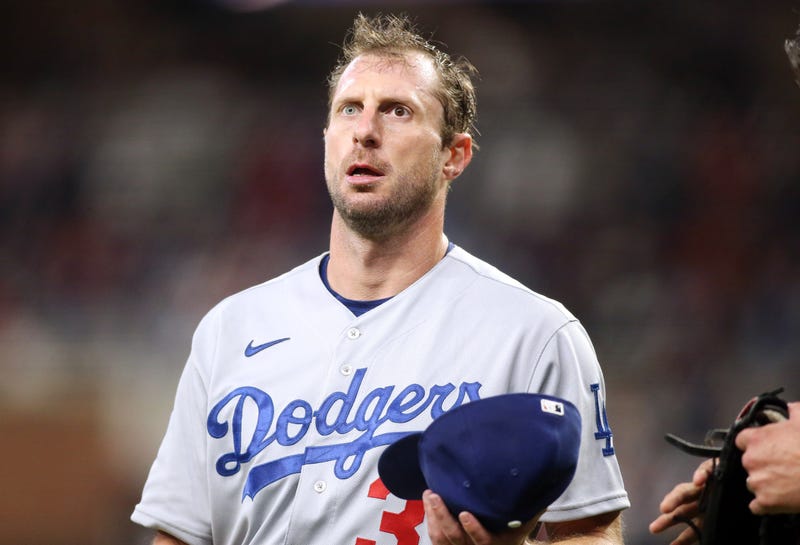 The Mets are prioritizing starting pitching after a Black Friday shopping spree netted Starling Marte, Eduardo Escobar, and Mark Canha, and it appears as if they may be close with one of the biggest fish in the starting sea: Max Scherzer.

According to Joel Sherman of the New York Post, the Mets are “making progress” with Scherzer as of late Sunday night, and a deal might be for “as much as four years if it gets done.”

SNY’s Andy Martino reported earlier Sunday that the Mets had offered Scherzer “more than $40 million per year,” and just before midnight, Martino tweeted that according to two sources, the offer was "for about 42 million per year over either three or four years."

Both Kevin Gausman and Jon Gray, two other reported Mets targets, look to be off the board – Gausman to Toronto for five years and $110 million, Gray to Texas for four years and $56 million - and with the Mets unlikely to be in on Robbie Ray due to the draft pick compensation attached to him, Sherman Tweeted that the Mets are “pushing hard” for Scherzer and “went from no shot to in the game,” with a “strong expectation” Scherzer signs “no later than (Monday).”

Scherzer’s agent, Scott Boras, also represents Carlos Rodon and Yusei Kikuchi, so there could be some traction on those hurlers as well if the Mets make a good impression on Scherzer’s negotiations.

The market has already moved swiftly, with more than one-third of MLB Trade Rumors’ Top 50 free agents already signed or in agreement, and several other second-tier players, including ex-Met Aaron Loup, also already off the board.

That flurry may be in part because, as Mark Feinsand of MLB.com notes, the expectation remains for a work stoppage when the CBA expires at 11:59 p.m. on Dec. 1, meaning teams only have until Tuesday night to get deals agreed to and physicals performed before the market goes on hiatus.

Why the crazy rush of deals this weekend? Multiple executives believe that if deals aren’t agreed to by tomorrow night, it’s unlikely they can get completed with physicals, language, etc, by Wednesday night when the CBA is set to expire. Could be a crazy 24 hours.