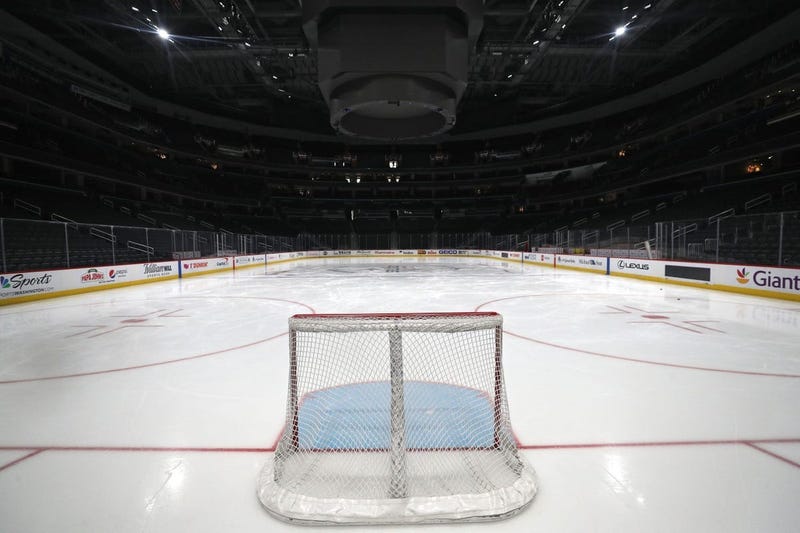 How the 2019-20 National Hockey League season will be completed continues to remain in limbo as the league, the NHL Players' Association and the Return to Play Committee finalize a plan to be followed through with this summer.

It seems pretty clear that the objective is to get the 2019-20 season completed in some fashion, and that NHL commissioner Gary Bettman has not even contemplated canceling the rest of the year. At the time of the league's shutdown on March 12 due to the COVID-19 pandemic, a majority of its teams had gotten in 68-71 games of the 82-game regular season.

As of right now, the NHL remains in Phase 1 of its return to play initiative, where players still remain in lockdown at home. However, TSN hockey insider Darren Dreger says that there is hope that the next phase of the NHL's return to action will come sooner rather than later.

"Phase 2 is bringing the players back, and then getting them not only in self-isolation, but when the league says it's ok and then allowing them to work out and skate in small groups, that's part of Phase 2," Dreger said with Andrew Peters, Craig Rivet and Rob Ray on The Instigators on Wednesday. "Phase 3 is reporting to the hub cities and going through that process, and then Phase 4 is ultimately game on. But all of this is being adjusted literally week-by-week.

"I have people at the Players' Association who believe the best-case scenario is that players will be brought back either at the end of this month, which isn't that far away, or in early June. Beyond that, there are so many complications because not every state is going to be at the same place. Likewise in Canada with every city and every province. The National Hockey League has made it clear that they can't initiate Phase 2 unless the large majority of NHL cities are in a place where they're ok with reopening and bringing these players back into that environment."

A huge part of getting the ok to commence Phase 2 of the return to play initiative will be the approval of a proposal to complete the 2019-20 season in a fair matter. After plenty of time to discuss the possibilities of finishing the regular season and how the playoffs will look, it appears that the NHL, the NHLPA and the Return to Play Committee are looking towards a 24-team playoff that will see a likely end to the 2019-20 regular season, as well as a season's end for seven teams around the league.

While the exact parameters of when 24-team playoff will get underway and how the structure will look or be executed, there are some other talking points that are being hammered out.

"When you say that and look at a team like the Montreal Canadiens, they virtually have no chance at making the playoffs [in normal circumstances]. So does it make sense, is it fair if they match up with the Pittsburgh Penguins or a better team in the Eastern Conference and they're on the same footing. A lot of people involved in the process say, 'No, it doesn't,' but then what's the answer to that?

If you have that matchup and the plan is a best-of-five [series] to determine what the field of 16 in your traditional playoff matchups would be, could you live with Montreal starting that best-of-five down one game to none? So there in lies the deterrent. Ok, you weren't going to qualify for the playoffs if you played 82 regular season games, so there's got to be some form of disadvantage. I doubt they go that route, but that's a big part of the hold up to why they haven't finalized the return to play is trying to make sense of what's fair so you don't have an incredible upset."

There has also been plenty of talk as to where this 24-team playoff will take place this summer with some NHL cities likely not being given clearance to hold games at their arena.

Many proposals and theories have been brought up as to have multiple cities host each division for the playoffs, or have just two cities host each conference as they battle it out to play in the Stanley Cup Final. Most recently, Bettman said that the league is considering 8-9 NHL sites that can accommodate up to 12 teams in one location.

Another big question with the return to play for the NHL is the possible threat of a surge of coronavirus cases later on down the road and if the league can handle a possible breakout within the league itself. Dreger says, though, that the league is working with the medical experts and other outlets to ensure that a return to play is going to be safe.

"If the NHL believed that one positive case inside that self-isolation quarantine bubble meant that they were going to have to shut down again, they wouldn't have even started [discussions]," he said. "The authorities who medically are advising the NHL, and independently the Players' Association concur on this. It's not a one-and-done scenario. Now, what is the number? I don't know. If you get one positive test inside that hub city bubble, where it ever happens to be, chances are a week to 10 days later you're going to have more than one positive test, just given the proximity of these players. So I don't know what the shutdown number would be, but it would have to be something in the form of an outbreak."

As for the future of the 2020 NHL Draft, it was thought a couple weeks back that the league was pushing to hold a virtual draft even before the restart of the 2019-20 season. That theory has since completely fallen apart, and Dreger says to prepare for anything when it comes to a final decision on when the NHL Draft will take place this year.

"I don't think that the commissioner's office has given up on the idea of potentially having the draft before the conclusion of the 19-20 season," he said. "Could that be in June? Yeah, I guess so. I mean, it's creeping up pretty quickly here. Could it be in July? Yeah, it could. But there's been a back-and-forth like nothing we've seen before, but again, unprecedented times. A month ago, I thought for sure that commissioner Bettman was going to be able to convince governors and general managers that it was best to get this major event out of the way. Then a week or two later, all of the sudden it seemed unlikely. Then it was back on, and now it feels unlikely again and more likely that it will happen after the conclusion of the 19-20 season. We should know in about a week to 10 days."

If the NHL was to decided to hold the 2020 NHL Draft before the completion of the 2019-20 season, the league would give teams a 30 days notice to allow teams to make their final preparations. Teams around the league have already been able to work on draft preparations since the shutdown, conducting virtual interviews with the prospects and assessing film from their seasons in juniors or overseas.

Where the NHL general managers get to a point of disagreement with the early draft taking place is the unavailability of making potential trades and other moves to be able to mold their roster for the upcoming season.

"A number of teams use the draft and the offseason because of the financial flexibility in the offseason to tweak or, in certain cases, move out a lot of money. They want to hit the reset [button], being a renovation or, in some cases, a rebuild.You can't do that in the season," Dreger said. "You can move players at the trade deadline, but once you've committed to your roster once you go into training camp, you're pretty much locked and loaded, so you better like your team. The ability to trade players matters to the general managers, at least to have the option of trading players, prospects or draft picks."

It is the hope of the NHL, the NHLPA and the rest of the hockey world that a number of these decisions will be finalized and announced within the next 7-10 days.

You can listen to more of Dreger's comments below: