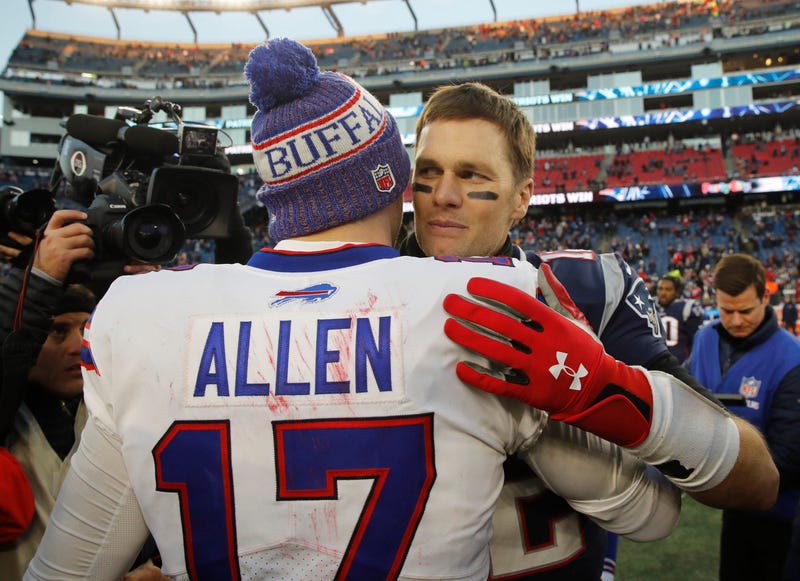 The Buffalo Bills are less than a week away from heading out to St. John Fisher College in Pittsford, New York to take part in another training camp.

The rookies are set to report to camp on Monday, while the veterans will report to Rochester on Wednesday before camp officially starts on Thursday.

The Bills are hoping to return to playoff form this season in Josh Allen's second season under center for the Bills. General manager Brandon Beane went to work this offseason to add some weapons around Allen on offense to improve the overall unit and give the 23-year-old a better chance to succeed.

As for the defense, they hope to repeat as one of the best units in the entire NFL and become a dominant force, despite losing veteran defensive tackle Kyle Williams to retirement.

However, the competition will, once again, be stiff in the AFC East, especially with Tom Brady and the New England Patriots coming off another Super Bowl victory. The Bills will also face a New York Jets team that is, like the Bills, on the rise with a young second-year quarterback and a re-tooled roster. As for the Dolphins, they are likely to be the fourth-best team in the division this year, but they are still a team that cannot be taken lightly.

Greg Cosell from NFL Films joined John Murphy and Tyler Dunne on One Bills Live on Friday to talk about the Bills' expectations for the 2019 season, as well as what he is seeing for the teams in the AFC East.

Cosell on how Tom Brady’s skillset has dropped off in the past season:

“I just think that there were certain things, when you study tape the way I do, that I noticed. I thought that his pocket movement wasn’t quite the same and that has always been an absolute strength of his game. I thought that he wasn’t quite as consistently accurate as he’s been. That’s always been a strength of his game, his precise ball placement and location. But I think in some ways, Bill Belichick told you what Brady is and may not quite be at this point given how they chose to play down the stretch.

Cosell on if Josh Allen’s accuracy can be coached or if that is how it always will be:

“If a quarterback plays with really good mechanics and his accuracy’s not great, than that’s what it is. But I think that Josh’s mechanics can improve dramatically. I think because of his strong arm, he has a tendency for his lower body and his upper body not always to work in sync. That has to happen, then we’ll be able to make a determination."

“I think he needs better game and situational awareness. He took a few sacks this year as they were in field goal range that you can’t take. You may remember these plays well because I saw them recently, but he threw an interception vs the Packers and an interception vs the Jets which were great examples. He ran out of the pocket, he tried to make second reaction improvisational plays. You just have to have better game and situational awareness.”

Cosell on what Frank Gore still has left to give for the Bills:

“I love Frank Gore and I love when people tell me he’s not a Hall of Famer because he was never a top-three back in any given year. I mean, given what he’s done over time, very few backs have done that. I think last year he looked very good running the football. Obviously he’s not at the point in his career where he’s getting 250 carries but when you watch him run, I think his skill set is pretty close to what it was. Look, he was never a true explosive burner back. He was always more of a tough inside grinder with a great feel for running in confined space.”

Cosell on what would be considered a step forward for Tremaine Edmunds:

“People use the word ‘instincts’, another one of those catch phrases. For me, the term I always use is ‘play recognition’… and I think Tremaine Edmunds started to get a feel for that as the season progressed. He’ll get better in that area and then you’ll really see the outstanding athleticism show up more snap after snap after snap. I thought he started to move in that direction. The sort of cliché for a stacked mike linebacker is he has to play with his eyes and I think that that’s critical for Tremaine Edmunds. The athletic ability is clearly there.”

You can hear the entire interview with Greg Cosell below: