Buffalo, N.Y. (WGR 550) – Despite falling this past Sunday to their division rival Miami Dolphins, the Buffalo Bills will face a tougher task this week going up against an MVP frontrunner in Baltimore Ravens quarterback Lamar Jackson.

The Bills are gearing up for Sunday's matchup in Baltimore with a long injury list again, especially with more players going down in the Miami game.

Sunday's game will be broadcast on CBS, with Ian Eagle and Charles Davis on the call. Davis joined the "Extra Point Show" on Thursday, as he's looking forward to the highly-touted matchup between two potential MVP favorites in Jackson and Josh Allen.

The Bills defense will have a tough time trying to contain the likes of Jackson this week, especially after coming off winning the AFC Offensive Player of the Month for September. In three games played this month, Jackson has completed 63.6% of his passes for 749 yards, 10 touchdowns and just two interceptions.

“His throwing numbers against the blitz are off the charts," said Davis on Thursday with Sal Capaccio and Joe DiBiase. "They’re the top of the food chain for all quarterbacks, and that’s not something he had in the past few years. You can tell he’s evolving.”

Davis knows the Bills are shorthanded defensively with the secondary banged up as much as they are. This includes the loss of veteran safety Micah Hyde, who will miss the rest of the 2022 season with a neck injury. 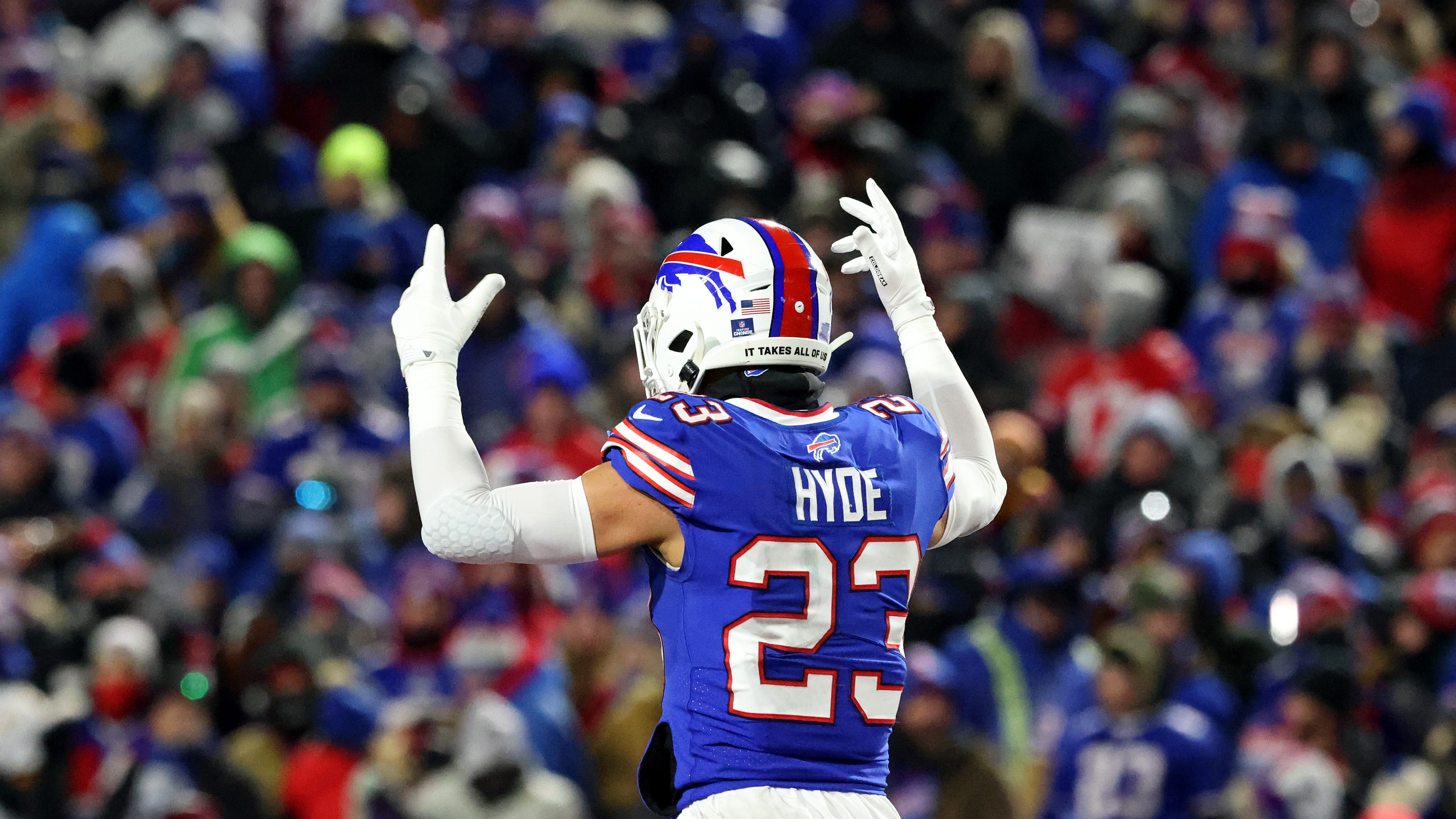 “Between him and Poyer, there’s no better tandem in the league," Davis said. "We talk so much about them getting their due… these guys should be First-Team All-Pro year-in and year-out.”

With all of the injuries the Bills had going into Miami, they kept the game close without most of their regular starters in the secondary. By the end of the game, Buffalo looked towards some of their third-string players, and even others who were called up from the practice squad prior to the contest.

“Buffalo is still that team, people are still surprised, ‘How many people are hurt? At what position? How did they finish the game in Miami?' A two-point loss on the road,” Davis said.

The Bills are not the only team that has injury troubles, as Baltimore is dealing with its own banged up players, especially on the defensive front.

“They’re so thin at the edge rusher position, they’re just looking for guys," Davis added. "Look at Malik Harris at the linebacker, they put him at edge. They’re trying to find was to create some pressure."

The lack of edge defenders for the Ravens could help with the Bills' problems on the offensive line, and give Allen time to throw.

You can hear Davis’ entire appearance during the "Extra Point Show" in the player below: