The 2021 Bills schedule has officially been released with the season opener on Sunday, Sept. 12 against the Steelers at Highmark Stadium 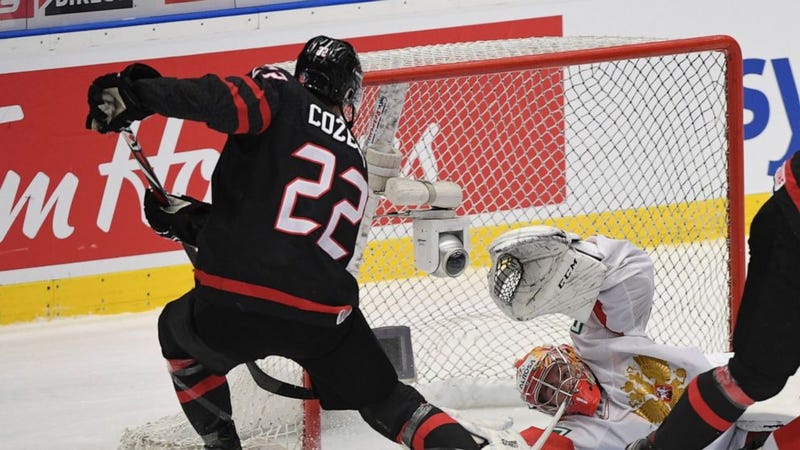 Hockey Canada announced its 46-man training camp roster for the 2021 IIHF World Junior Championship on Thursday that is set to take place in Edmonton, Alberta this winter.

Canada's training camp roster will see two Buffalo Sabres prospects heading to Red Deer, Alberta to compete for the chance to be part of the final 23-man roster for the annual tournament. Those two players are Dylan Cozens and Jack Quinn.

Cozens is one of six players to be named to Canada's training camp roster who played with the team at the 2020 IIHF World Junior Championship in the Czech Republic. That team ended up defeating Russia in the championship game to win the country its 18th gold medal in tournament history.

The 19-year-old was excellent in the 2020 tournament for Canada, picking up two goals and seven assists for nine points in seven games. The seventh overall pick of the Sabres in the 2019 NHL Draft served in a top-six role for the Canadians, playing down the middle and on the wing, playing on the power play and being a key net-front presence.

Cozens is likely to serve in a leadership role for the Canadians in this year's tournament. He served as an alternate captain when competing in the 2019 IIHF Under-18 World Championship in Sweden.

As for Quinn, the Sabres' first round pick in the 2020 NHL Draft (eighth overall) is looking to earn a roster spot with Team Canada for the first time in international competition.

The Sabres drafted the 19-year-old out of the Ontario Hockey League earlier this month after putting up a 52-goal season with the Ottawa 67's, finishing second in the entire league for goals.

However, there will be some tough competition for Quinn to make the 23-man roster for Canada this winter with 26 forwards looking to earn 13 roster spots.

A total of 25 players on the 2021 training camp roster for Canada are former first round picks in the NHL Draft.