Montreal, Quebec (WGR 550) – The Buffalo Sabres will try to break their eight-game losing streak on Tuesday in Montreal when they take on the Canadiens.

Peyton Krebs, Riley Sheahan, Lawrence Pilut and Casey Fitzgerald are the healthy scratches for this game with Mattias Samuelsson, Zemgus Girgensons and newly acquired Tyson Jost going in for Buffalo.

All three players re-entering the lineup will help, what’s been, a pathetic penalty kill during the losing streak. Buffalo has only killed 60% of their penalties in those eight games, which, of course, is last in the NHL.

Buffalo has also given up 4.75 goals-against per-game, which is also last during the eight-game streak.

In three short weeks, the Sabres have gone from sixth in NHL points percentage to 30th at .389. Only the Ottawa Senators and the Anaheim Ducks are worse.

It’s hard to win when most of your team is slumping:

Craig Anderson will be in goal for Buffalo on Tuesday. After a good start to the season, the veteran has given up 15 goals in his last four starts. Anderson is 3-3-0 this season with a 2.82 goals-against average and a .910 save percentage.

The Sabres last played Montreal at home in late October, losing that game 3-2. 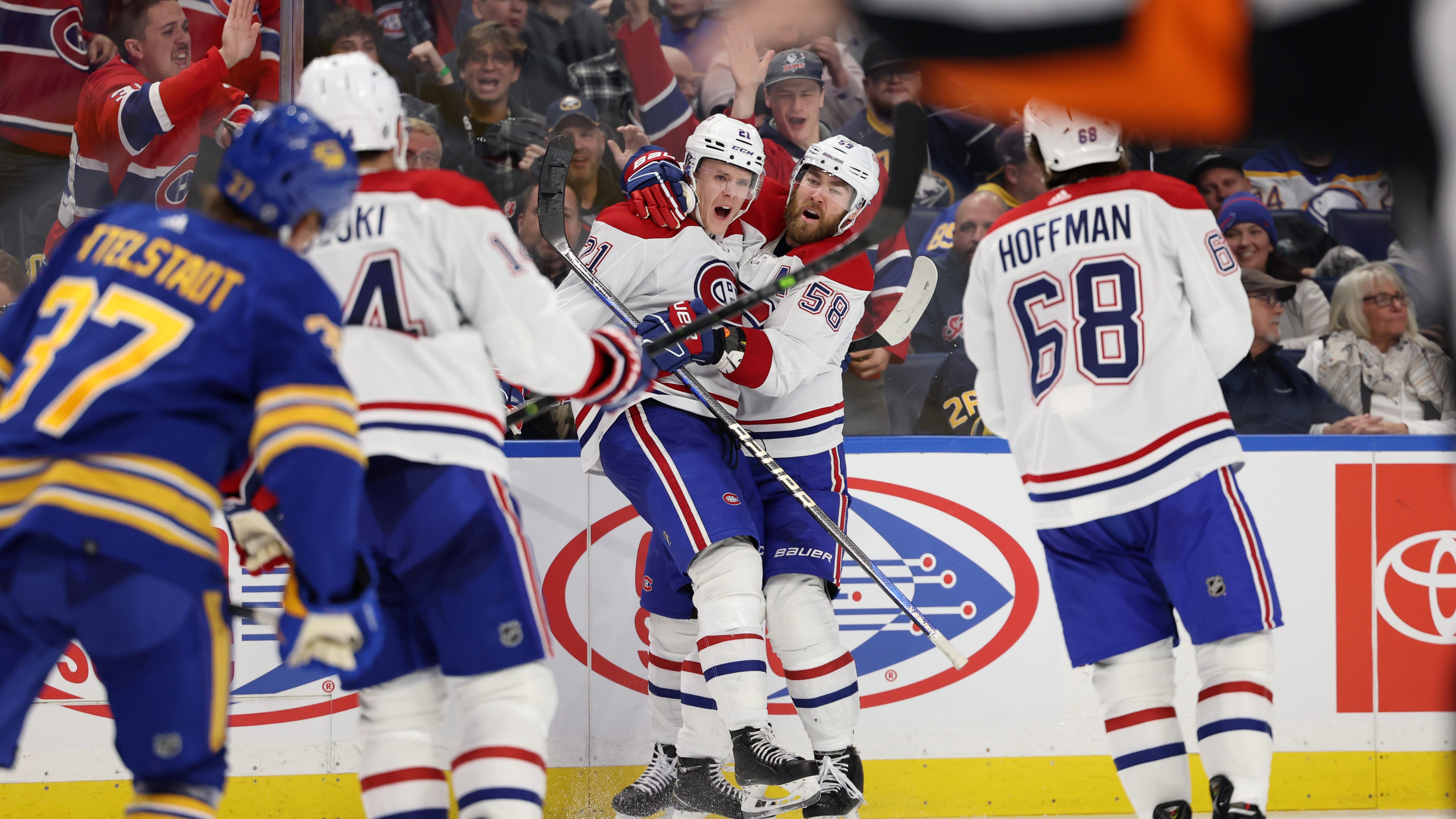 Sabres fall to Montreal despite plethota of scoring chances

The Canadiens have lost two out of three, but they have improved this season. Overall, the Habs are 18th in the NHL with a points percentage of .528.

Jake Allen is the likely starter in net for Montreal. Recently, he’s struggled, giving up 12 goals in his last three starts and 27 goals in his last seven starts. Overall this season, Allen is 6-6-0 with a 3.33 goals-against average and an .898 save percentage.

Mike Hoffman is injured and won’t play for the Canadiens in this game.

Nick Suzuki’s 23 points in 18 games leads Montreal, while Cole Caufield has 11 goals in 18 games. Suzuki has eight goals and eight assists for 16 points in his last 10 games.

Just a programming note, Jason Pominville is going into the Rochester Americans Hall of Fame. You’ll also hear from him during Wednesday’s pregame show.