Buffalo, N.Y. (WGR 550) – As the Buffalo Sabres wrap up their 2021-22 season on Friday night against the Chicago Blackhawks, a Western New York icon will be sitting behind the mic for the final time calling a game.

Rick Jeanneret is set to retire from the broadcast booth after 51 years of calling Sabres hockey.

Close to a sellout crowd is expected for “RJ’s Last Call.”

Back on April 1, Jeanneret joined just two other NHL play-by-play men by having their name hoisted into the rafters. The other two are the St. Louis Blues' play-by-play man Dan Kelly and Gene Hart with the Philadelphia Flyers. The Los Angeles Kings honored Bob Miller with a statue.

Jeanneret bristles if you call him “The voice of the Sabres,” because he feels very strongly that honor belongs to the late Ted Darling. Despite that, Jeanneret has called Sabres hockey in every season except 1970. At first, he was the radio play-by-play man, but he eventually was convinced to move to TV.

Having traveled with the Sabres through March of 2020, there wasn’t a city that we went to that Rick wasn’t recognized in. All I can say is Friday is going to be an emotional night for hockey fans around Western New York. 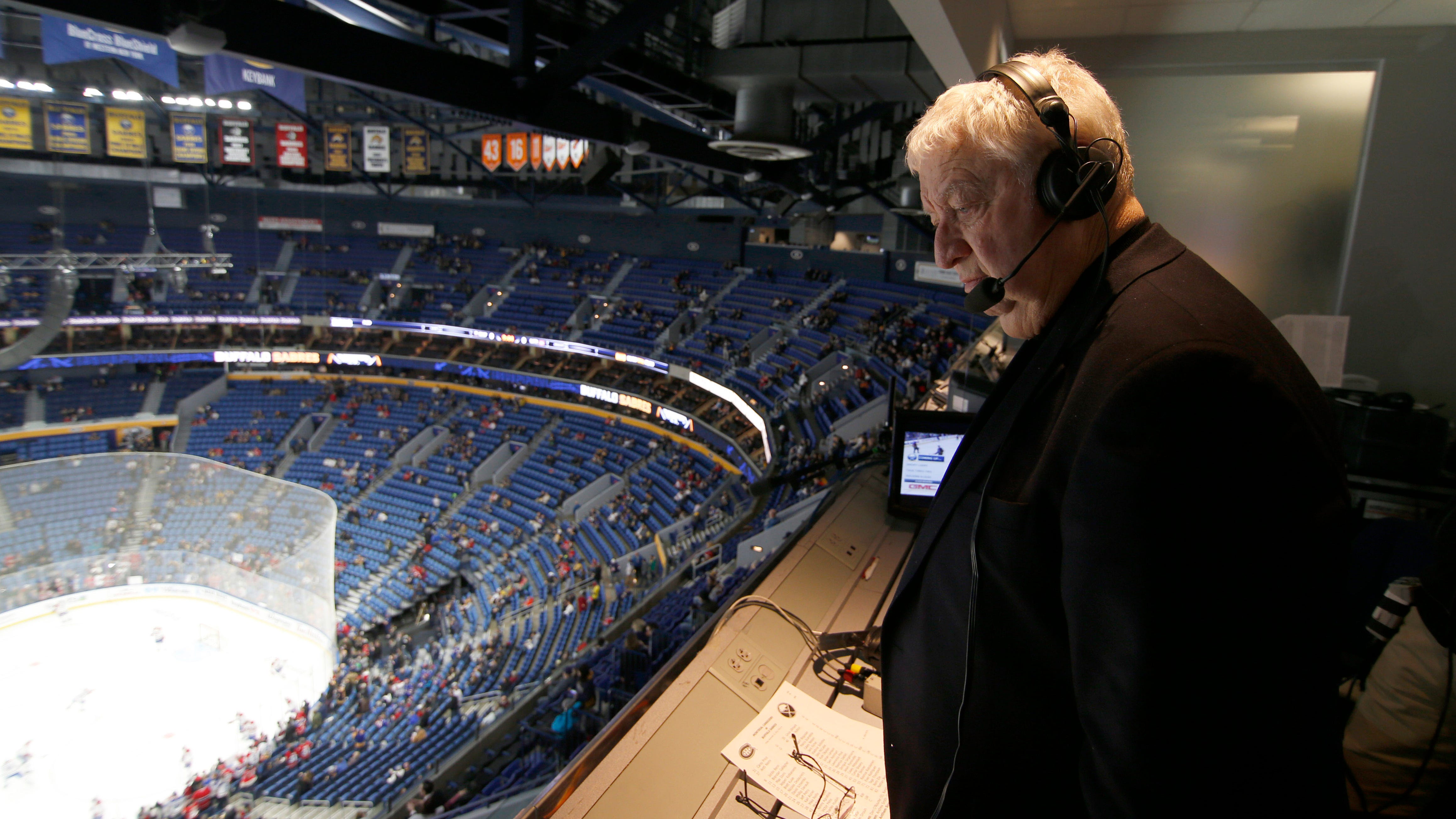 Another Western New York icon will be playing in Buffalo for the first time in over three years. Pat Kane’s last game in his hometown was Feb. 1, 2019. In 19 games against the Sabres, the winger has 11 goals and 14 assists for 25 points.

The Sabres didn’t have a morning skate on Friday, but it doesn’t look good for Craig Anderson to play. Michael Houser was called up from the Rochester Americans on Friday.

The Amerks must win their final game on Friday to even have a chance at the playoffs. With that in mind, Sabres general manager Kevyn Adams decided Casey Fitzgerald would be much more useful in Rochester for that game so he was sent down along with Aaron Dell.

Fitzgerald generally played well in his 36 games with the Sabres. He had no goals and six assists. Before coming up, he played 27 games with the Amerks, picking up four goals and five assists for nine points.

The Sabres beat the Blackhawks in Chicago back on March 28 by overcoming a 4-0 deficit. Tage Thompson scored the game-winning goal at 19:48 of the third period on a shot that shattered his stick, went off the back wall, off the goalie, Kevin Lankinen, and in.

Buffalo lost in Boston on Thursday, 5-0, but had won four-straight games before that, scoring five goals in three-consecutive games. 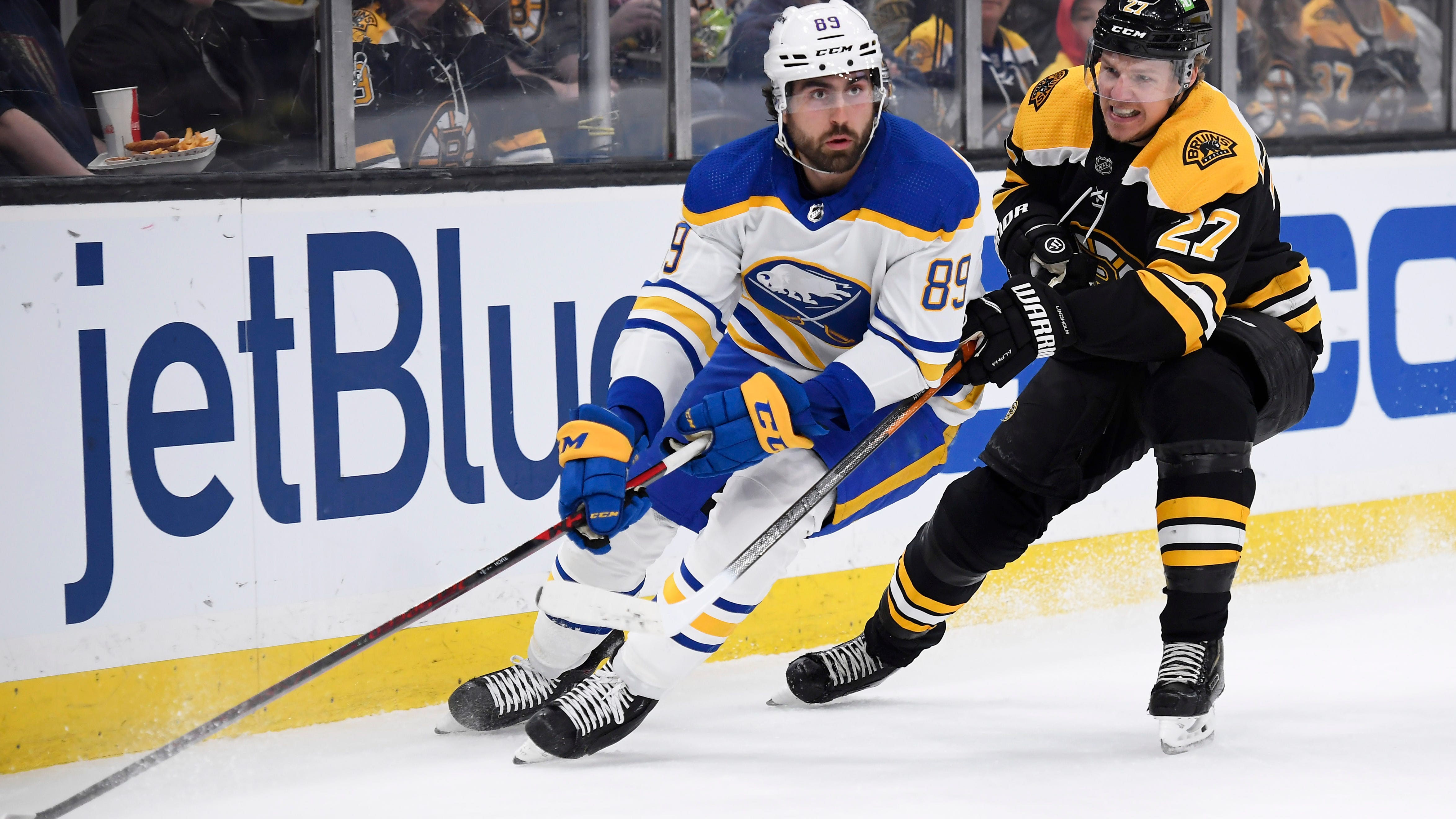 Kyle Okposo missed that game with an ankle injury, but hopes to play on Friday. It’s not clear if Dustin Tokarski, who played Thursday, or Houser will be in net. Houser’s two games this season were against Philadelphia and the Ottawa Senators.

Chicago has won two in a row, but have only won four of its last 16 games.

Despite all that, it's Collin Delia in goal for Chicago. He's 1-4-0 this season with a 4.06 goals-against average and an .896 save percentage.

Kane is having a great season with 26 goals and 66 assists for 92 points. His assist total is seventh in the NHL.

Alex DeBrincat has 41 goals for the second time in his career.

Jake McCabe was tired and drained from all the losing in Buffalo, so he left in free agency. He thought going home to Chicago was better, because he thought it was a better situation. As it turned out, it’s worse.

Join Schopp and the Bulldog for pregame coverage starting at 6 p.m. ET when you’ll hear from Don Granato and Okposo. At 6:30 p.m. ET, Brian Koziol and I will take over and talk about this season and what the future holds.