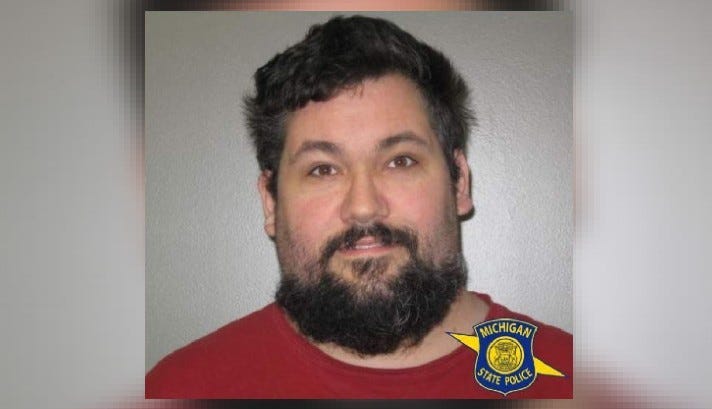 (WWJ) An intruder caught holding a northern Michigan woman’s underwear asked if he could keep it, according to police.

According to MSP, Mikkelsen was found at around 7 p.m. inside a home on Caberfae Highway in Manistee County's Norman Township.

The homeowner told police she was in the bathroom when she heard her dog barking in the living room. She went to investigate, she said, and discovered Mikkelsen standing in her house "holding an undergarment item," police said.

The victim said the intruder asked to keep the undergarment. When she told him she was going to call police, he fled.

No one was hurt.

Mikkelsen, who matched the woman's description of the suspect, was arrested by MSP troopers a short time later.

Police said Mikkelsen, of Wellston Township, is on probation and was wearing a GPS tether at the time of the incident. The tracking system confirmed Mikkelsen went to the woman’s home, officials said.

Mikkelse was taken to the Manistee County Jail and later arraigned at 85th District Court on one count of felony home invasion. Michigan Department of Corrections records show his criminal history includes a conviction on a charge of accosting a child for immoral purposes.