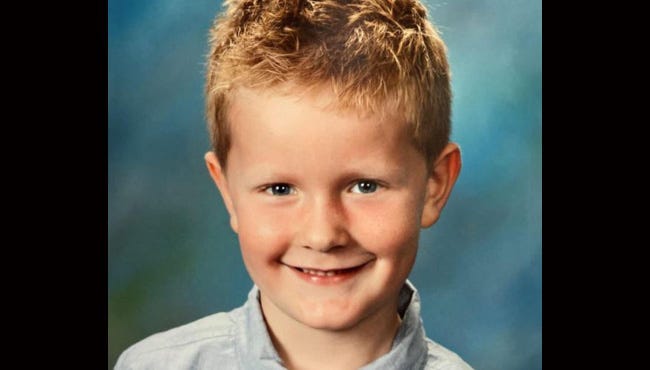 (WWJ/AP) The mother of a 6-year-old boy who drowned in Lake Michigan has pleaded guilty to child neglect.

WOOD-TV reports an investigation by the Ottawa County Sheriff’s Office found that the boy had been left unattended by his mother for as long as 15 minutes as she went to the bathroom.

Iain was last seen alive waist deep in the lake.

After a search, his body was found along the rocks of the Holland channel.

“She left her child unattended in the water on a red flag day with waves that were probably taller than he was,” said Ottawa County Chief Assistant Prosecuting Attorney Lee Fisher, adding that mother knew the boy couldn't swim and that he wasn't wearing a life jacket.

It's not yet clear what punishement Rowe may face.

While the charge agaist her carries up to two years in prison, Fisher said: “I don’t believe that prison is necessarily appropriate in this case."

Rowe is scheduled to be sentenced Sept. 28.