(WWJ) Cheating spouses in Macomb County beware: Get busted, and you could be looking at jail time.

Macomb County Prosecutor Pete Lucido, elected in November, says he has a duty to enforce all laws on the books — even pursuing a criminal charge of adultery under a 1931 state law.

That is, he told WWJ's Charlie Langton, in the right case.

"Police officers do the investigation," Lucido said. "If they bought a report up with information that had all the elements and we looked at that and find that all of those elements are gonna be made, we have no choice but to prosecute antiquated laws."

This discussion comes after Washtenaw County Prosecutor Eli Savit said that he will not prosecute cases of prostitution between consenting adults — despite the fact that sex for pay remains against the law in Michigan. 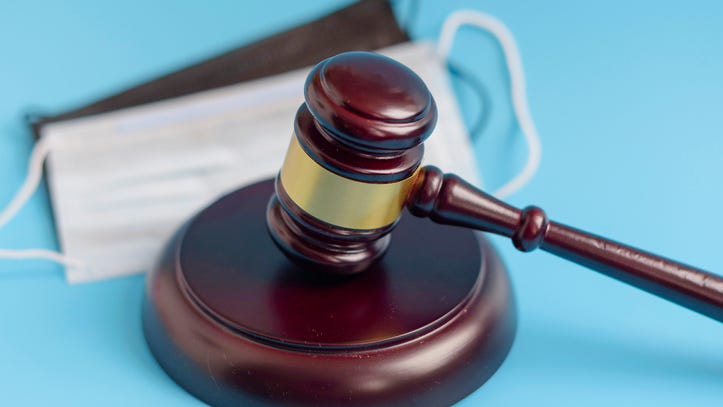 Technically, prosecutors are supposed to be squarely within the executive realm; tasked with enforcing the law, not making or interpreting it.

But, Langton asked: What about prosecutorial discretion?

Lucido shrugged that off, making clear he disagrees with Savit.

"If he wants that in his community, in his county, so be it!" Lucido said. "But it will not happen under my watch. The Lucido administration, the Prosecutor's Office, does not and will not stand for any of that, because it's illegal."

As for adultery, it is technically a felony in Michigan.

Michigan Penal Code Act 328 of 1931 states: "Any person who shall commit adultery shall be guilty of a felony; and when the crime is committed between a married woman and a man who is unmarried, the man shall be guilty of adultery, and liable to the same punishment."

Lucido said if this law, or any other, is outdated, then it's the job of the Legislature to get rid of it.

"Antiquated means they've been on the books, they should be looked at by the Legislature and taken off the books," Lucido said. "Unfortunately, a cow at large... that's still on the books. And we don't have many big farms left in Macomb County."

All of this said, Lucido conceded that he doubts he will end up prosecuting adultery cases. But who knows.

Langton, an attorney himself, noted that there clearly questions as to whether the adultery law is constitutional.