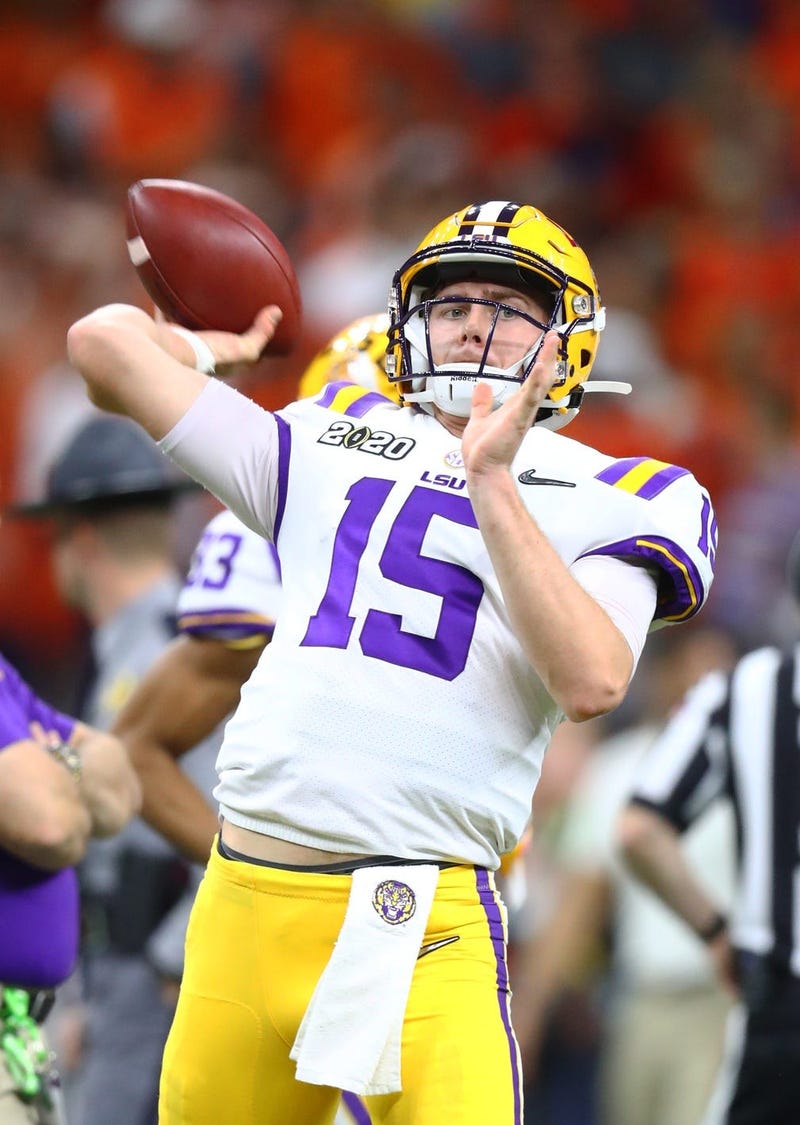 As LSU prepares to defend its 2019 national championship, they'll have to do so with new faces in starting roles nearly everywhere you turn after sending 24 players to the NFL.

But as players prepare to step into the shoes of last year's title-winning squad, no void will be harder to fill than the one under center.

Joe Burrow had a season for the ages last year in Baton Rouge, taking home only the second Heisman Trophy in LSU history to go with his championship ring and parlaying that success to become the #1 overall pick in the NFL Draft.

Brennan's time at LSU has been marked mostly by sitting and learning, first behind Danny Etling, then behind Burrow when the Tigers lured him away from Ohio State. Now as he heads into his fourth year with the team, the junior will finally get his chance to do more than just guide the offense through mop-up duty, and his coach has given him high marks so far.

But Ed Orgeron says Brennan's tallest task will be showing up when it matters most.

"Everything is going good. He's showing tremendous leadership," Orgeron said. "But as you all know, just like Joe did... this became Joe's team when we beat Georgia. I think Georgia his first year was ranked #2 in the country. This became his team when he won the big game. Myles is gonna have to win the big game to prove that he can be the quarterback. That's just part of it."

Of course, quarterback is just one piece of football's winning formula, and games more often than not, especially at the college level, are won and lost in the trenches.

To that end, Orgeron feels optimistic that the Tigers are ready to reload.

"Both lines of scrimmage are very strong," Orgeron said. "You've got four or five defensive linemen that could perhaps play in the NFL [in the freshman class].  We're excited about this class. Obviously, we've got to get the pads on. We're gonna go through the freshman grind. But we see the talent in this class. It's an elite class."

LSU is set to open its season on Saturday, September 5, in Death Valley against UT San Antonio. You can hear more from Ed Orgeron's appearance on WWL Radio by clicking the podcast link.