By Brett Martel, The Associated Press

BATON ROUGE, La. — Now that spread offenses are commonplace in the Southeastern Conference, one might think that running the football isn’t as important as it used to be to the league’s coaches.

Sure, the formations look different, fullbacks get fewer snaps and the type of smash-mouth football to which some of the SEC’s elite stubbornly clung until a decade ago (see: LSU at Alabama in 2011) is seldom seen anymore.

But the teams having the most success in the SEC this season are running the football — and playing some decent defense, too.

In the SEC, what’s old is new.

“I’ve been doing it a long time, and I know that there are times where prolific offenses certainly get you a lot of wins,” Kelly began, but added, “This is about not winning; this is about winning championships.

“It’s my belief that to win championships, you still have to control the line of scrimmage at the end of the day — controlling the line of scrimmage and stopping the run, running the football effectively, exerting your will,” Kelly said. “So there has to be a physicality about what you do. ... Physicality starts and ends with stopping the run and running the football.”

In LSU’s case, it’s not always about handing off the ball. It’s having a quarterback who can run, whether by design or by scrambling. Jayden Daniels has been superb at both this season. 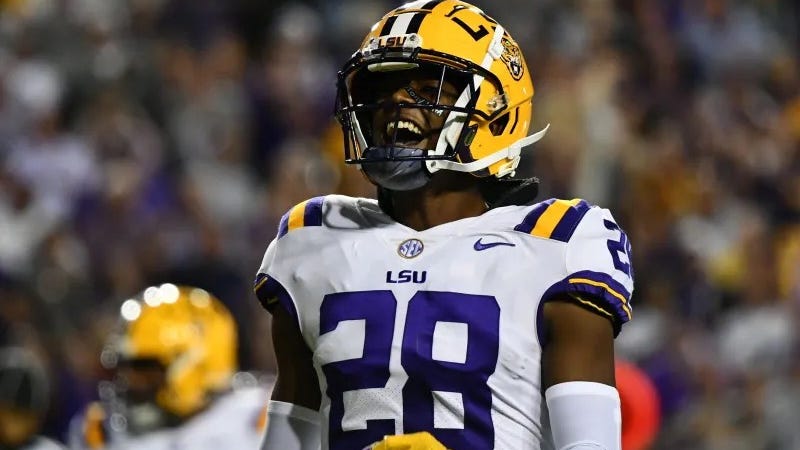 How will LSU handle the glory of victory following Alabama? Mike and Bobby see some teachable moments

He leads the Tigers with 619 yards and 10 touchdowns rushing, highlighted most recently by his 25-yard touchdown run in overtime of LSU’s 32-31 victory over Alabama. As a team, LSU is averaging 183.4 yards on the ground per game, which ranks seventh in the 14-team SEC.

The teams with the five best records in the SEC — Georgia, Tennessee, LSU, Mississippi and Alabama — all rank in the top seven in the conference in rushing.

“They do a really good job with formation multiples, motions, trying to get the defense to adjust and then they’re basically running,” said Alabama coach Nick Saban, whose 10th-ranked Crimson Tide visit Ole Miss on Saturday.

“They’ve got really good running plays, but they’re running those same plays out of all those different multiples, trying to put different players in different positions so you make a mistake, you have a gap open, and they hit a play on you.” 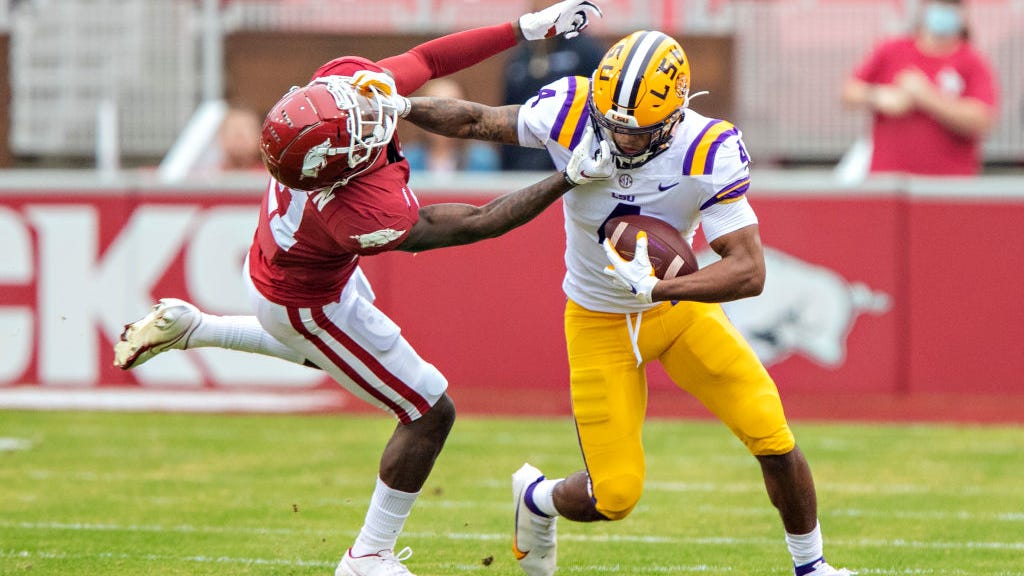 Georgia has 29 TDs rushing this season. It has allowed its nine opponents combined to score just three TDs on the ground.

Tennessee, the best passing team in the SEC, saw its chances of playing for a conference title take a big hit with the loss at Georgia. But the Vols haven’t returned back among the SEC’s elite just by passing well.

The Vols’ 187.9 yards rushing per game ranks sixth in the SEC.

Florida (5-4, 2-4), seeking to reclaim its traditional status as an SEC power, hired coach Billy Napier, who won the 2021 Sun Belt Conference title at Louisiana-Lafayette with running and defense. Now he’s trying to make that formula work for the Gators.

Florida ranks third in the SEC and 20th in the nation in rushing, averaging 209 yards a game.

“It’s a strength of our team,” Napier said of the running game. “You’re starting to see a little bit of that identity we want to have. ... We want to be a physical team. We want to win the line of scrimmage, play well on the edges.”

The way South Carolina coach Shane Beamer sees it, even as spread formations have proliferated across the SEC, philosophies about the importance of running the ball and stopping the run haven’t changed much.

“It’s still critical,” said Beamer, whose Gamecocks (6-3, 3-3) sit third in the SEC East. “When you’re running the ball, all the other things that we talk about open up and present themselves: explosive plays, staying on the field and not having long third downs and all that other situational stuff.

“There’s certainly different styles of offenses from when I got into coaching back in 2000 (as a Georgia Tech graduate assistant),” Beamer added. “But you’ve got to run the ball effectively and stop the run effectively to get to where you want to go.” 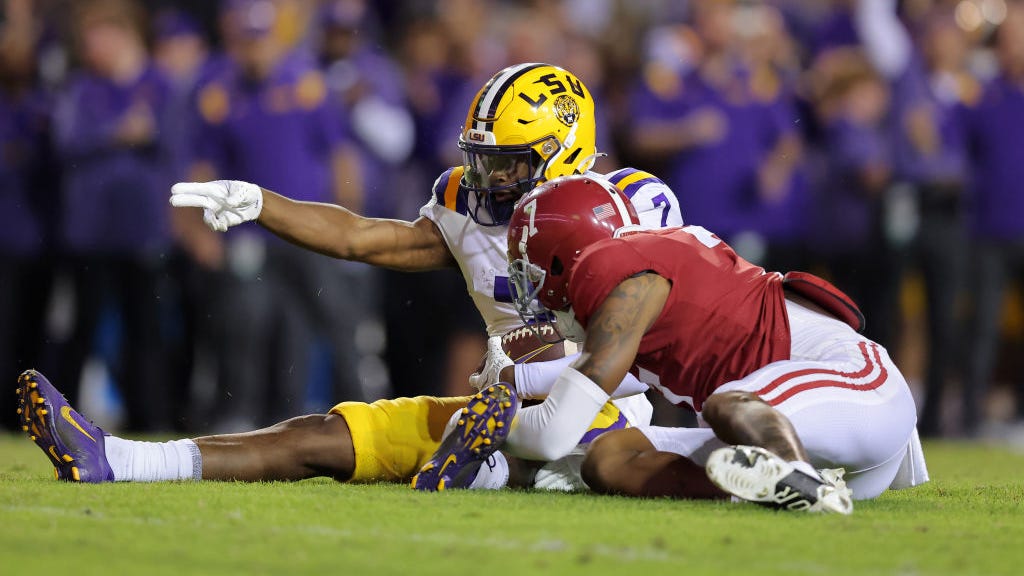 LSU can clinch the SEC West as early as this week. Here's what has to happen
Featured Image Photo Credit: USAT Images