As one former Saints player was traded back to New Orleans, another voiced his strong displeasure about the move.

Shortly after news broke that the Saints had pulled off a trade with the Texans for Mark Ingram, wide receiver Brandin Cooks shared his less-than-cryptic reaction on Twitter.

"This is bullshit," Cooks posted. "Such a joke."

The message was a bit open to interpretation, but it's likely referencing the Texans' decision to send a productive playmaker out of town amid a season that's been marred by questions about quarterback Deshaun Watson. Cooks is one of the few viable playmakers remaining on a Houston roster that's been decimated with high-profile trades the last few seasons, including WR Deandre Hopkins to the Cardinals and cornerback Bradley Roby to the Saints earlier this season.

Star defensive end JJ Watt also departed the Texans and signed with the Cardinals before the 2021 season. 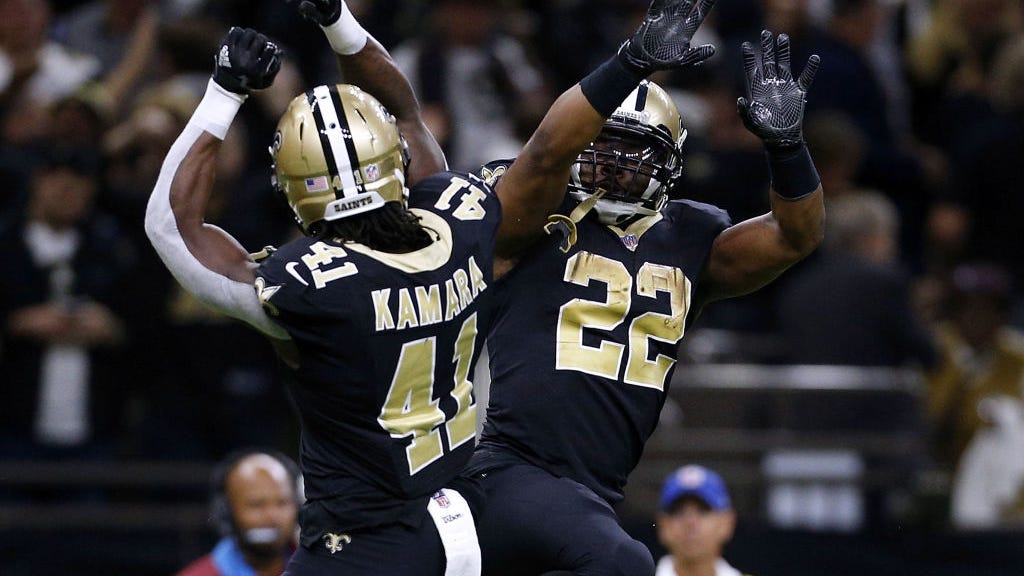 Saints to reunite with Mark Ingram after latest trade with Texans: report

Cooks is also no stranger to the trade market. He was also a Saints first-round selection and Ingram's teammate from 2014-'16 before being traded to the New England Patriots, a move that returned a first-round selection the Saints used on RT Ryan Ramczyk. He played one season with the Patriots before being traded to the L.A. Rams. Cooks appeared in a Super Bowl for New England and L.A., both losses.

His career with the Rams came to an end with yet another trade, this time to the Texans before the 2020 season, where he's remained since.

Cooks' reaction didn't quite match some of his former Saints teammates, including Terron Armstead -- who tweeted just a pair of emojis and an image that told the story.

Cam Jordan shared a cryptic message of his own, but it's not difficult to interpret: His friend and "Truss Levelz" podcast co-host is coming back to town.