After three years calling play-by-play on WWL and the New Orleans Saints Radio Network, Zach Strief is heading back to work for the Saints.

Strief will return to the team as assistant offensive line coach.

"It was every bit as exciting and challenging as I thought it would be," Strief said of his time on the radio. "It was my deep love of the Saints organization that pushed me into this job, and it’s that same love that is sending me back."

Strief played on the Saints offensive line for a dozen years after the team selected him in the seventh round of the 2006 NFL Draft.  He was a part of the Super Bowl winning squad.

While he says he loved his time in the broadcast booth after retiring, the offer to work for the Black and Gold again was one he could not refuse.

"The opportunity to help the Saints bring another World Championship is just too great for me to pass up.  It’s time for me to go home," Strief said.

WWL will now begin the search for the next play-by-play voice of the Saints on the WWL Saints Radio Network.

Color analyst Deuce McAllister gets why the Saints want Strief back.

“I love that guy! He’s a wise choice for Sean and Mickey," the Saints all-time leading rusher said.

Now he looks forward to his next colleague in the broadcast booth.

"I also have every confidence that the next person up will be a great partner, who knows this team inside and out and who loves the game, the fans and the Gulf South region as much as I do.”

Here is the news release: 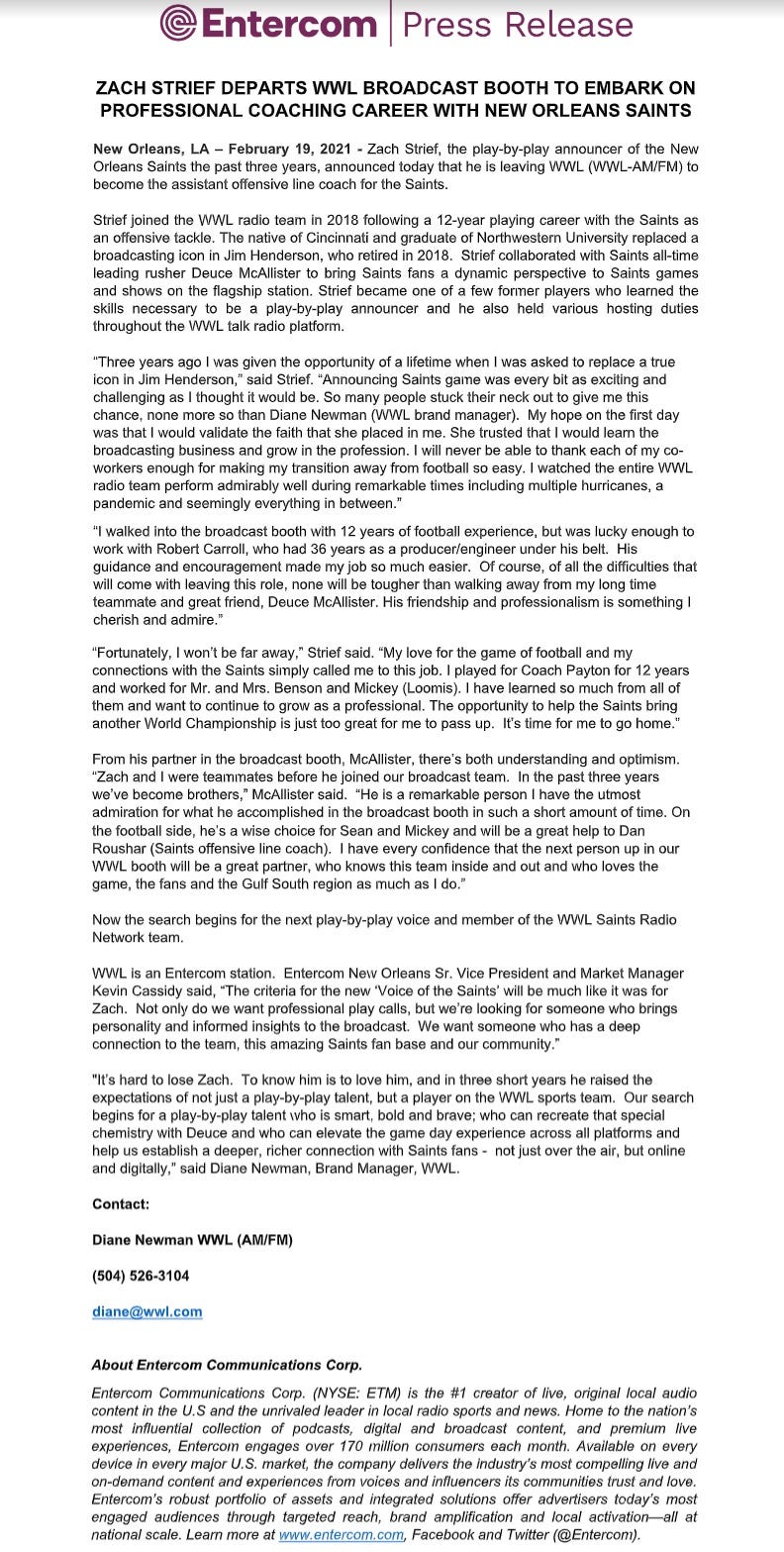