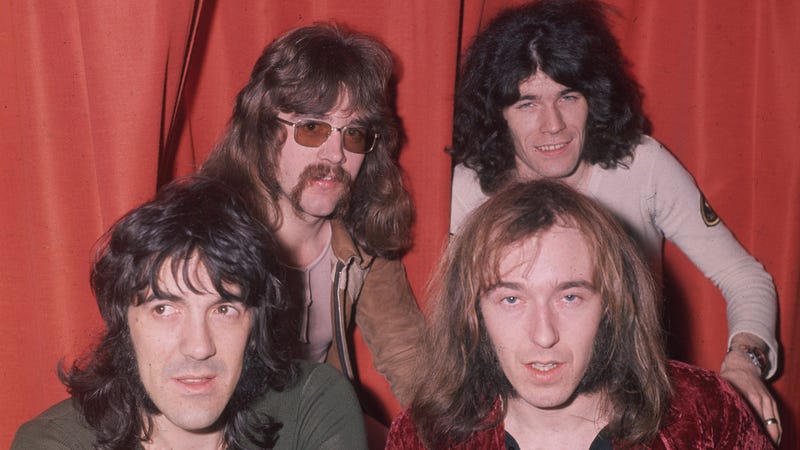 Guitarist Manny Charlton, founding member of Scottish rock band Nazareth and an early producer for Guns N’ Roses, has passed at the age of 80 according to a social media post from his grandson, Jamie.

Listen to your favorite music now -- curated for fans, by fans -- on Audacy’s Rock N’ Road, and much more!

Jamie Charlton broke the news by sharing a simple smiling photo of himself with Manny and possibly his father, writing in the caption "RIP Grandad" with a duo of broken heart emojis.

Born in Spain and raised in Scotland, Manny Charlton played with numerous local acts throughout the sixties, finally landing with The Shadettes who would go on to change their name to Nazareth in 1968. After extensive touring through the seventies, and a number of albums released with Deep Purple’s Roger Glover producing, the band’s distinctive sound became a huge influence on Guns N’ Roses’ frontman Axl Rose, who reportedly wanted “the guy who produced” Nazareth’s platinum-selling Hair of the Dog to produce GN’R’s debut. That guy just happened to be Manny, and it was the very first album he ever produced.

Charlton recorded over two-dozen tracks with GN’R at the legendary Sound City studios in L.A., and some of those recordings have been officially released as bonus offerings. Manny, however, did not produce the final Appetite For Destruction release due to commitments with Nazareth and the job went to producer Mike Clink. Later on, Guns N’ Roses did record and release their own version of “Hair of the Dog” for their 1993 covers album, The Spaghetti Incident?. Listen to their version above.

Ehile you're in the mood, browse and favorite some of Audacy's all-new Rock stations like Guns N' Roses Radio, The 60s, The 70s, The 80s, Guitars and Glitter, 80s Guitar, Rock N’ Road, Freedom Rock, The Canyon, Arena Rock, Wake Up and Rock, and The Roots of Rock for those who crave the early days.