The 61st Annual GRAMMY Awards are less than one month away and we want to find out who rocked YOU the hardest. 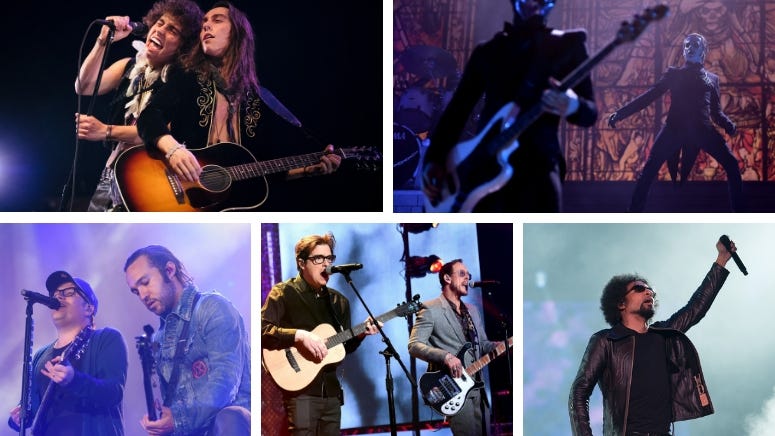 Godfathers of grunge, pop-punk royalty, retro-rockers, and a sprectral Swedish metal band that continues to surprise will all enter the GRAMMY cage, but only one can be victorious. So who will it be? Alice in Chains, Fall Out Boy, Weezer or maybe newcomers Greta Van Fleet? Or will it be Ghost? You decide...

Through three decades of extreme highs and even more extreme lows, these Seattle legends have risen from the shadows of Mt. Rainier to put out, arguably, their best album to date.

The post-emo, pop-punk heroes returned with a broader, wide-ranging sound that Pete Wentz told RADIO.COM reflects the state of the world we live in.

Despite some recent jokes about what Weezer really is, their latest album has netted them only their second Best Album nomination ever.

Greta Van Fleet - From the Fires

They are the biggest thing to hit rock music in a very, very long time. The throwback vibe these young Michigan rockers give off has already turned more than a few legendary heads.

Despite the spectecle that most may see from this collection of nameless, faceless ghouls, these Swedish masters of metal aren't exactly what they seem... unless they seem like one of the biggest bands on the planet.

So which one deserves to go down in the books as a GRAMMY winner? You decide: