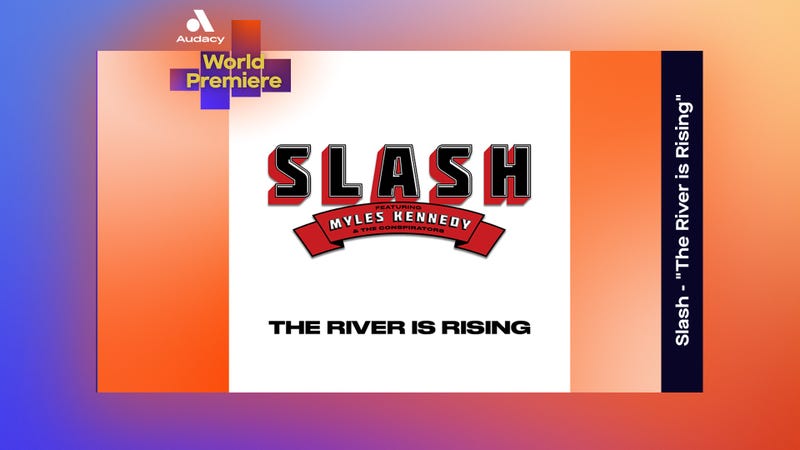 For the first time since 2018, we have new music from Slash and Myles Kennedy and the Conspirators. After listening to their new song “The River Is Rising,” one thing’s certain, it was well worth the wait.

“The River Is Rising” is an Audacy World Premiere as we’ve got the volume turned all the way up for Slash’s newest single.

“This was the first time that we actually did all the guitars, bass and drums live at the same time, and kept all those tracks. And we also did the vocals live as well,” Slash said in a clip teasing the song.

“So the record just sounds like the band playing the songs that we came in with, but it’s us playing in the moment. And that’s what we were going for.”

“This one’s pretty much a live record, from my standpoint,” Myles Kennedy added. “You’re just trying to kind of document where you are at that point in life, and do it in an authentic way.”

Earlier in October, Slash took to Twitter to share a short teaser video for the upcoming album that turned up our excitement level all the way to 11. “I think the record itself is probably the best one we’ve done so far,” Slash says in the clip. He then flashes a big smile and says, “we’re showing no signs of slowing down.”

If a new single and the promise of one of the best albums yet isn’t exciting enough, we’ll take it one step further.

Be sure to tune in for our Audacy Check In with Slash beginning at 11AM ET / 8AM PT this Friday October 22 as he breaks down his new single “The River Is Rising” and gives us a sneak peek at what’s next!