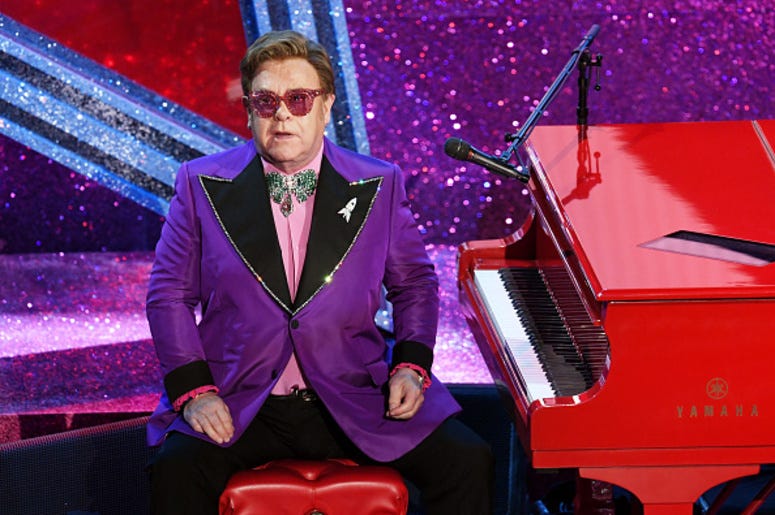 Fleetwood Mac’s ‘Dreams’ may currently be going through a resurgence thanks to TikTok, but if Elton John has anything to do with it, one of his classic hits will be next. The music icon shared a video on the social media platform recently showing off his family’s Halloween celebration. In the video, John lip syncs to ‘Crocodile Rock’ along with his husband and children.

As seen in the now viral video, Elton John is sitting behind a piano decorated with pumpkins, skulls, cobwebs and other creepy items. He is wearing a sparkly purple jacket, ruffled shirt, sunglasses and a pompadour wig. When the rest of his family appears, his husband, David Furnish, is seen wearing John’s classic sequined Dodgers uniform, with their son’s Zachary and Elijah dressed as crocodiles.

Since the video has been posted, many others have shared their own versions singing along to the classic Elton John song. Still, none have quite topped the original, as in classic Elton John fashion, his is a bit over the top.  Hopefully there are plenty more song resurgences to come thanks to TikTok.