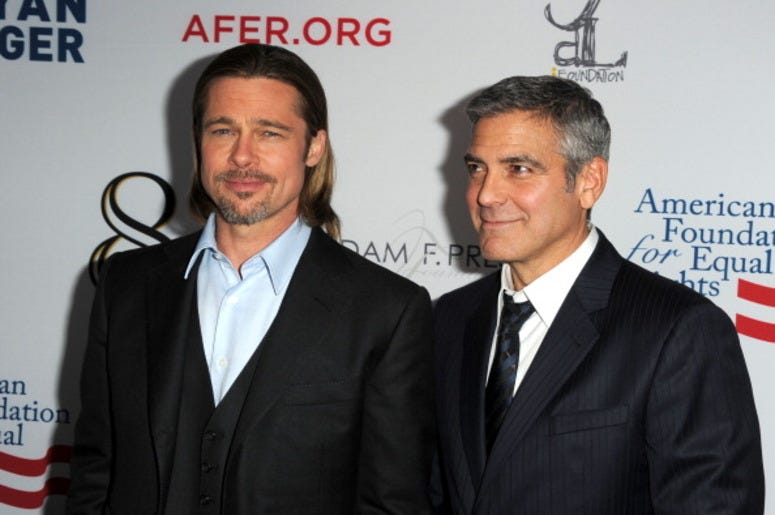 George Clooney and Brad Pitt are two of the biggest names in Hollywood, so anytime they get together; it’s guaranteed to attract attention. The actors have previously worked together on the ‘Ocean’s’ franchise and 2008’s ‘Burn after Reading.’ Now, they have decided to team up once again, this time for a thriller film directed by Jon Watts.

Brad Pitt and George Clooney will team-up once again https://t.co/HE6bKU0PvD

At this time, not much is known about the upcoming project other than both Clooney and Pitt are attached to star and produce the film. They will be joined by Watts, who previously directed ‘Spider-Man: Homecoming’ and ‘Spider-Man: Far From Home.’ According to NME, Sony, Lionsgate, Apple, Netflix, Amazon, Annapurna, Universal, MGM and Warner Bros are all in a bidding war for the currently untitled project.

The bidding for the film could earn the actors $20 million or higher each. While Clooney, Pitt and Watts are all being secretive about the film, it is being described as telling the tale of “two lone wolf fixers assigned to do the same job.” With this project now underway, fans can’t expect extreme levels of handsomeness on their screens soon.