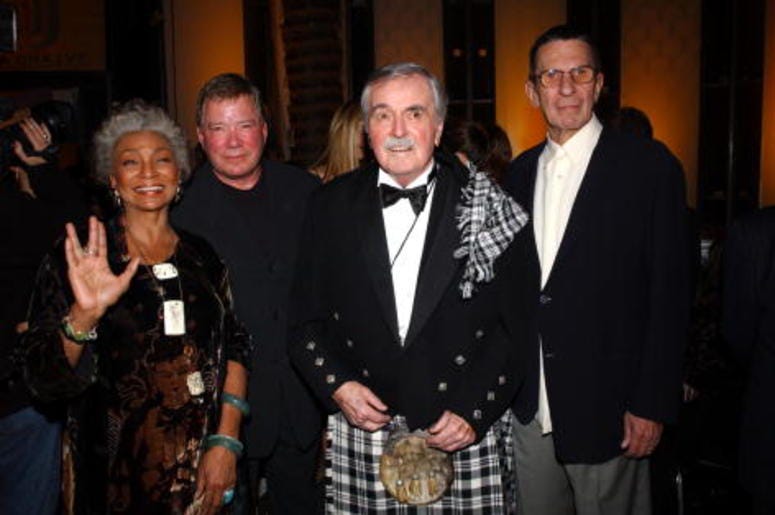 It has been twelve years since actor James Doohan, who played chief engineer Montgomery "Scotty" Scott on the original ‘Star Trek’ TV series, passed away. Now, after over a decade, Doohan’s family is revealing a secret about the actors resting place. According to a now viral tweet from Doohan’s son, the actor’s ashes were smuggled onto and hidden somewhere inside the International Space Station.

Just like his ‘Star Trek’ character, Doohan has now traveled nearly 1.7 billion miles through space, orbiting Earth more than 70,000 times since his ashes were stored on the International Space Station. According to Doohan’s family; a plan to get their father to space occurred after the actor passed away. "My dad had three passions: space, science and trains. He always wanted to go into space," said Chris Doohan.

Doohan made it to space thanks to Richard Garriott, an entrepreneur and one of the first private citizens in space. Garriott smuggled the ashes on board the ISS while on a 12-day mission as a private astronaut in a plot concocted by Chris Doohan. Just like his ‘Star Trek’ character, Doohan will remain in space, where he belongs.