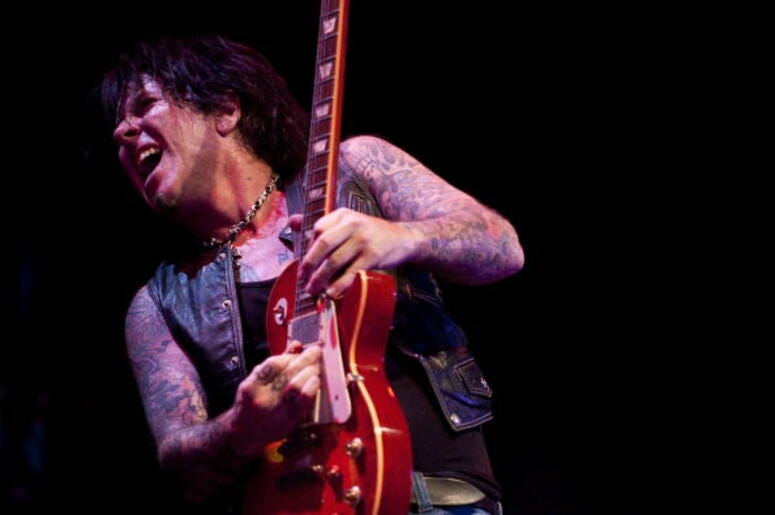 The L.A. Guns performed in Plano over the weekend, but the show didn’t go exactly as the band had planned. Guitarist Tracii Guns, who has a panic disorder, wasn’t sure if he could make it through the show. Luckily they figured out an alternative, as instead of playing on stage with the band, Guns performed from a bathroom backstage.

Technology has definitely changed the way musicians perform over the years, and that was proven this weekend at Legacy Hall during the L.A. Guns show. Due to Tracii Guns panic disorder, the band’s technicians set up audio equipment in the backstage bathroom, and the band played guitarist’s audio coming directly from the bathroom. According to NME, Guns’ panic was triggered by the heat in Texas.

“While I have it 95 percent under control, Heat is the remaining trigger and I simply cannot play in the heat. BUT!!! We have found a solution for today’s show I will be playing in a comfy bathroom directly behind the stage where there is air conditioning,” Said Guns. Of course, many fans in Texas understood, as the heat has many in a panic here as well.