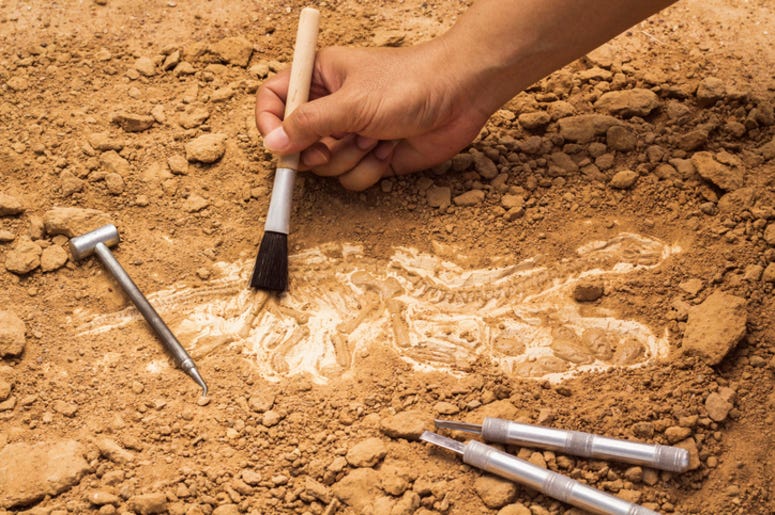 When someone is on a hike, usually all they find when they look down is a collection of rocks and dirt. However, that wasn’t the case for one Texas man who looked down while on a hike only to find something that may have been in that spot for 50,000 years. The man was walking the Cotton Belt Trail in Waco when he found what he later discovered was a massive mammoth tooth.

Found this in a creek in Waco. Looks like a mammoth tooth 😱. Will be taking it to the Waco Mammoth site for verification. Stay tuned!!

Art Castillo is a regular at the Cotton Belt Trail in Waco, as he walks the path several times a week, often looking at the ground to see if he spots anything interesting. Every once in a while he finds an arrowhead or something worth keeping, but on his most recent hike, he spotted his rarest find yet. According to the Fort Worth Star Telegram, Castillo was walking along a creek when he saw an oddly shaped object with patterns going all around.

“Found this in a creek in Waco. Looks like a mammoth tooth. Will be taking it to the Waco Mammoth site for verification. Stay tuned!” Castillo wrote alongside photos of the object. It was later confirmed to be a mammoth tooth, and experts believe it could be anywhere from 25,000 to 50,000 years old. Sadly it’ll be hard to top this find on any of Castillo’s future hikes.