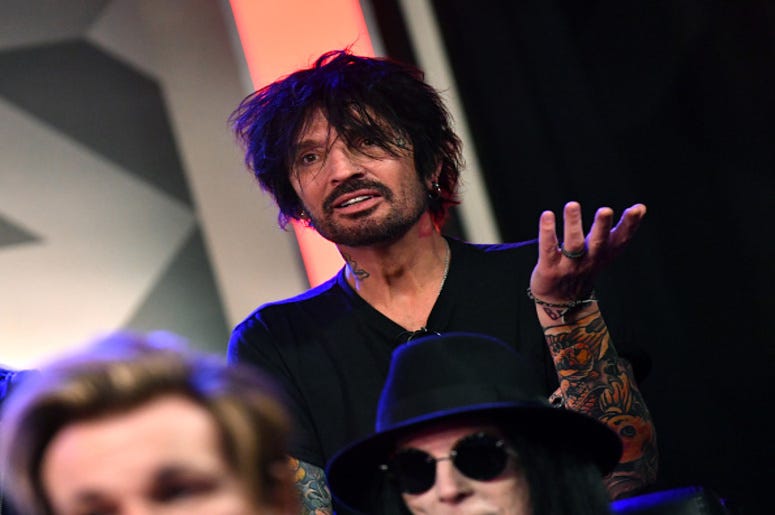 After a long delay Motley Crue is finally back on the road, but with fans waiting two years to see the band, drummer Tommy Lee wasn’t going to make them wait longer; even if it meant playing with some broken ribs. Lee has been unable to play full sets due to the injury since the band launched their tour. However, during a recent stop, Lee joked about his injury by throwing a tray of ribs at the crowd.

Motley Crue recently played at Nationals Park in Washington, D.C, and while many fans were happy with the set, it was the gift Tommy Lee threw to the crowd that had many excited. With Lee on tour with four broken ribs, he decided to poke fun at himself during their recent show. “For the people that know, here's a little f****** joke on the whole situation. For those of you that don't know, I brought a couple of unbroken ribs for y'all to throw down on,” Lee joked before throwing the ribs.

According to The Cowboy Daily Sun, Lee was able to play a few songs before Tommy Clufeto took over. Lee played 'Wild Side', 'Shout at the Devil,' 'Too Fast for Love' and ‘Home Sweet Home.’ Hopefully Lee is able to recover and play again on this tour, but if not at least fans have ribs to look forward to.