Three orphaned mountain lion cubs, including the badly-injured Captain Cal, will soon find their road to recovery taking them from the Oakland Zoo to new home.

Captain Cal was found clinging to life in the deadly inferno of the Zogg Fire in late September, named by the CAL FIRE firefighters that rescued him. The orphaned cub, estimated to be four to six weeks old at the time, was in bad shape.

His paws were badly burned, his whiskers had been singed off and he was dealing with severe eye irritation.

He was rushed from Redding to the Oakland Zoo.

Now, just two and a half months later, Cal has completely transformed. 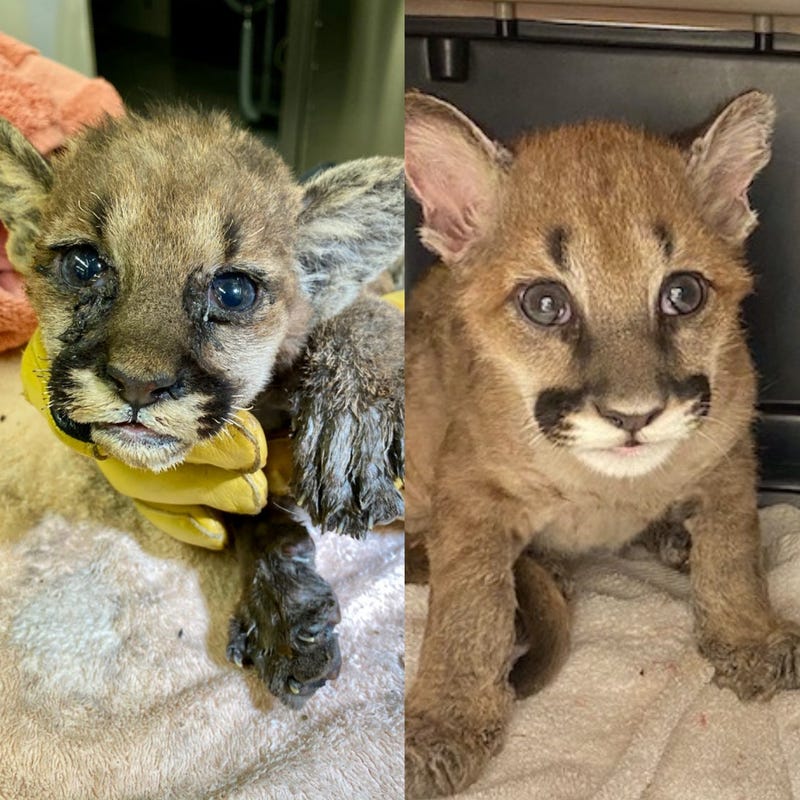 "He has made an amazing recovery," Oakland Zoo Spokesperson Erin Harrison told KCBS Radio. "He is not limping. He has no lameness in his legs. He has two new adopted sister cubs that he’s spending 24/7 with, cuddling, eating, sleeping, playing. All of it. We’re beyond thrilled."

Cal and the two other mountain lion cubs - females rescued from the giant August Complex fire - are well enough to be transported to the Columbus Zoo and Aquarium in Ohio. There, the zoo’s Animal Care team hopes to eventually introduce them to an adult female mountain lion named Jessie. 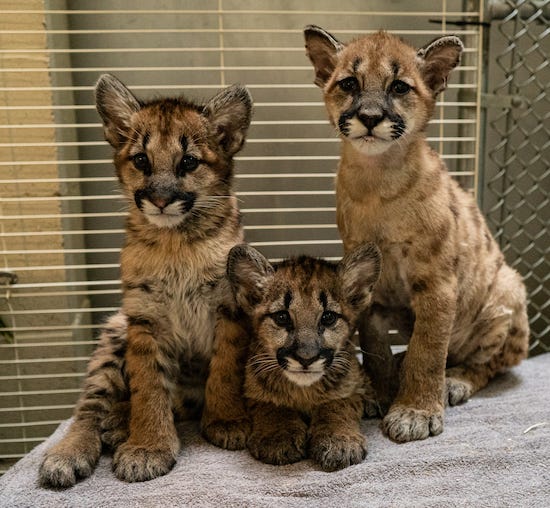 Captain Cal and his unnamed adopted sisters pose together. Officials at the Columbus Zoo and Aquarium will name the sisters upon their arrival. Photo credit Oakland Zoo

"Even with the cubs’ tragic beginning, their story is actually one of survival and hope," said Columbus Zoo and Aquarium President/CEO Tom Stalf. "We are proud to work with our friends at Oakland Zoo, whose expertise has given these cubs another chance. We remain committed to the cubs’ care, and we will continue to share their important story with others as we work together to protect the future of wildlife and wild places."

So far, the Oakland Zoo has saved 15 mountain lions through an ongoing partnership with the California Department of Fish and Wildlife.

"Besides being hit by cars and there’s also poaching, now we have wildfires as well that are really affecting these animals and so many more," Harrison said.

Cal and his sisters will first fly to Indianapolis, where a team from the Columbus Zoo will meet them and drive them the remainder of the journey. 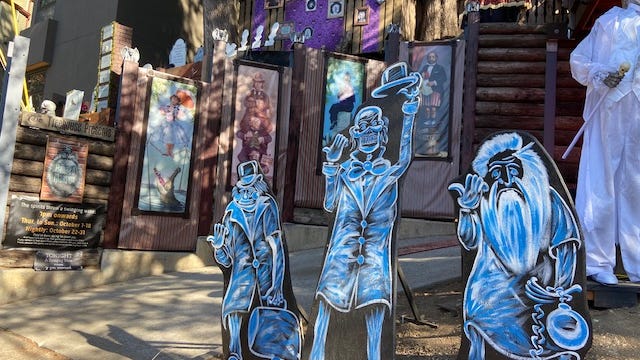