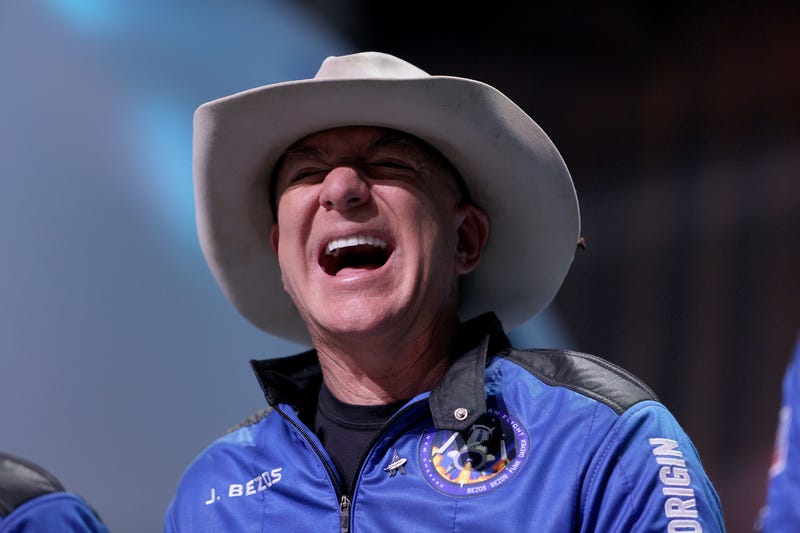 Jeff Bezos laughs as he speaks about his flight on Blue Origin’s New Shepard into space during a press conference on July 20, 2021 in Van Horn, Texas. Mr. Bezos and the crew that flew with him were the first human spaceflight for the company. Photo credit Joe Raedle/Getty Images
By Joe Hiti, WWL

The world's wealthiest man was off the planet for a bit on Tuesday when he journeyed into space. Jeff Bezos joked with reporters about his "last meal" on Monday evening before his flight on Blue Origin's New Shepard space rocket.

The billionaire ate his food alongside a table of reporters gathered at the launch site. He was all jokes when a reporter asked him if it was his last meal, The New York Post reported. Jeff Bezos blasts into space on own rocket: 'Best day ever!'

The Amazon founder and former CEO was carrying a tray of Arroz con Pollo while with his brother Mark, who joined him on his flight to space on Tuesday.

"Did somebody say last meal?" Bezos said with a laugh.

"I don't think you have to put it that way!" he joked. "Let's talk about it in a different way!"

The flight came on the 52nd anniversary of the Apollo 11 mission. On the flight, the Bezo's brothers were joined by Dutch 18-year-old Oliver Daemen, who became the youngest human ever to travel to space, and former NASA trainee Wally Funk, 82.

Funk became the oldest person to travel into space and was a member of NASA's Woman in Space Program in the 60s. She excelled in training but never became an astronaut as the program was shut down. 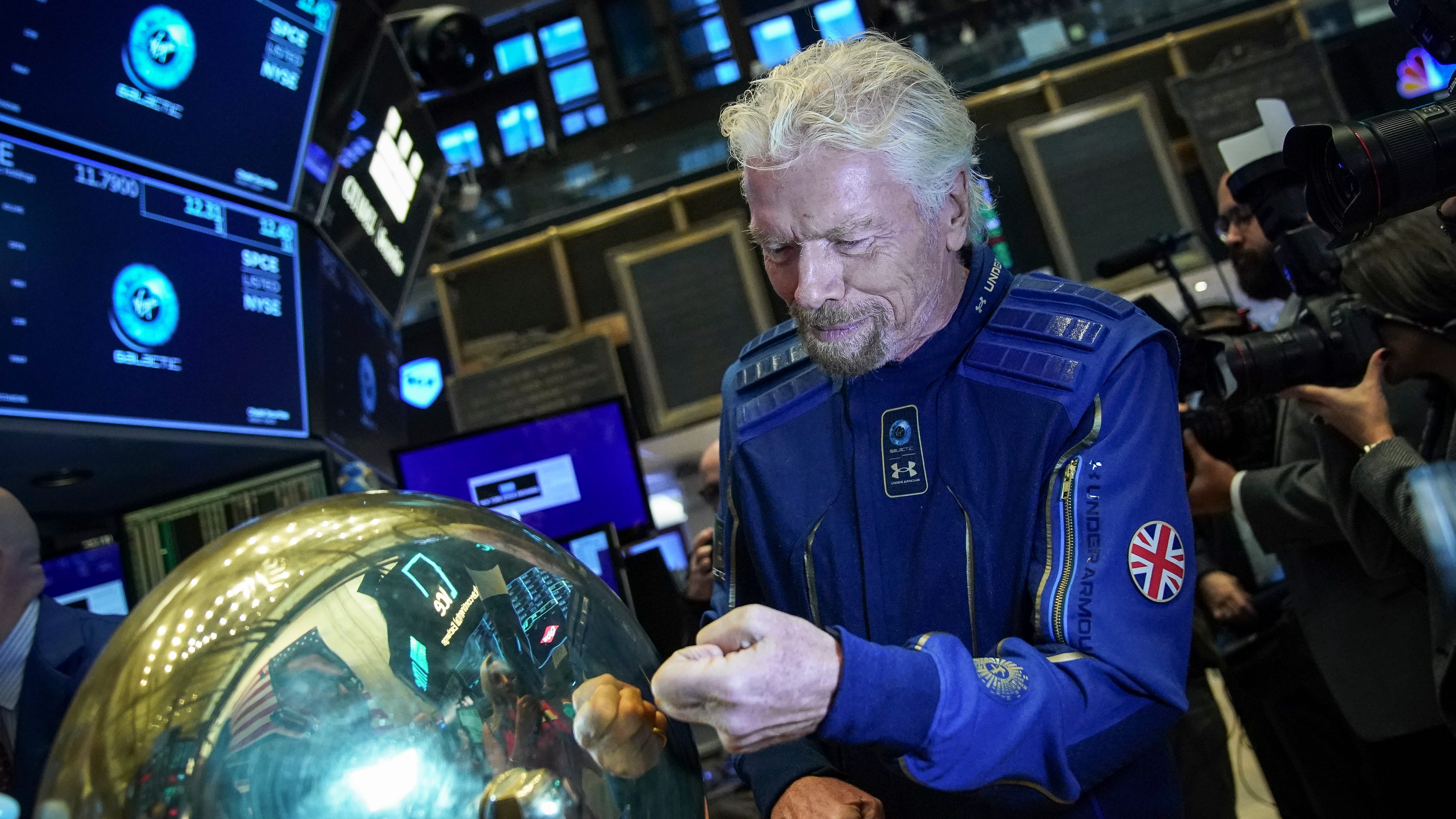 Earlier this month, another billionaire made a journey into space. Richard Branson became the first billionaire to do so with Virgin Galactic after moving the trip up when Bezos announced his plan.

Blue Origin was founded 21 years ago with the mission of venturing into the last frontier. The company tweeted a portrait of their first four astronauts, which was met with congratulations from SpaceX founder Elon Musk.

Bezos' trip was completed on Tuesday as the rocket took off and returned all of the crew to Earth safely.