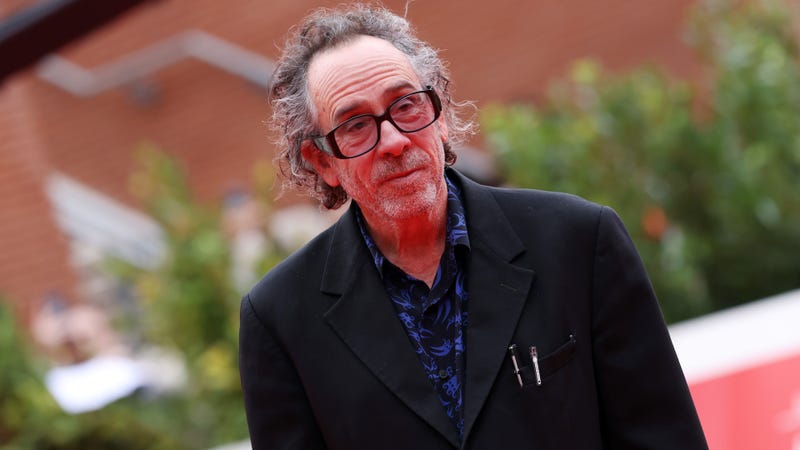 When you try to imagine the music Tim Burton listens to in his spare time, bands like Death Cab For Cutie or the Grateful Dead are pretty good guesses. However, there’s one band that stands above the rest as Burton’s favorite.

Listen to your favorite songs on The Killers Radio

That band, appropriately, is The Killers.

Video footage has emerged of Burton enthusiastically welcoming The Killers to the stage as he professed his love for the band. “I love every song that they do. They’re beautiful, they’re my favorite band,” he told the crowd.

Burton and The Killers have worked together in the past as Burton has directed two of their music videos, “Bones” and “Here With Me.”

The Killers are fresh off the release of their seventh studio album Pressure Machine, an album inspired by frontman Brandon Flowers' upbringing in the small community of Nephi, Utah.

Flowers spent his formative years in Nephi and used those memories as an inspiration for the record. “I discovered this grief that I hadn’t dealt with,” he said at the time of the album’s release.

“Many memories of my time in Nephi are tender. But the ones tied to fear or great sadness were emotionally charged.  I’ve got more understanding now than when we started the band, and hopefully I was able to do justice to these stories and these lives in this little town that I grew up in.”