Audacy and KROQ are proud to welcome The Smashing Pumpkins frontman, Billy Corgan, for a special DTS Sound Space performance and interview with host Nicole Alvarez.

The Chicago Rockers are celebrating the release of their new album, Act One, the first of a three-part series that will make up their entire Rock-Opera project, AUTM. The 11-track album was released on November 15 and is part of the groups’ official sequel to 1995's Mellon Collie and the Infinite Sadness and 2000's Machina. 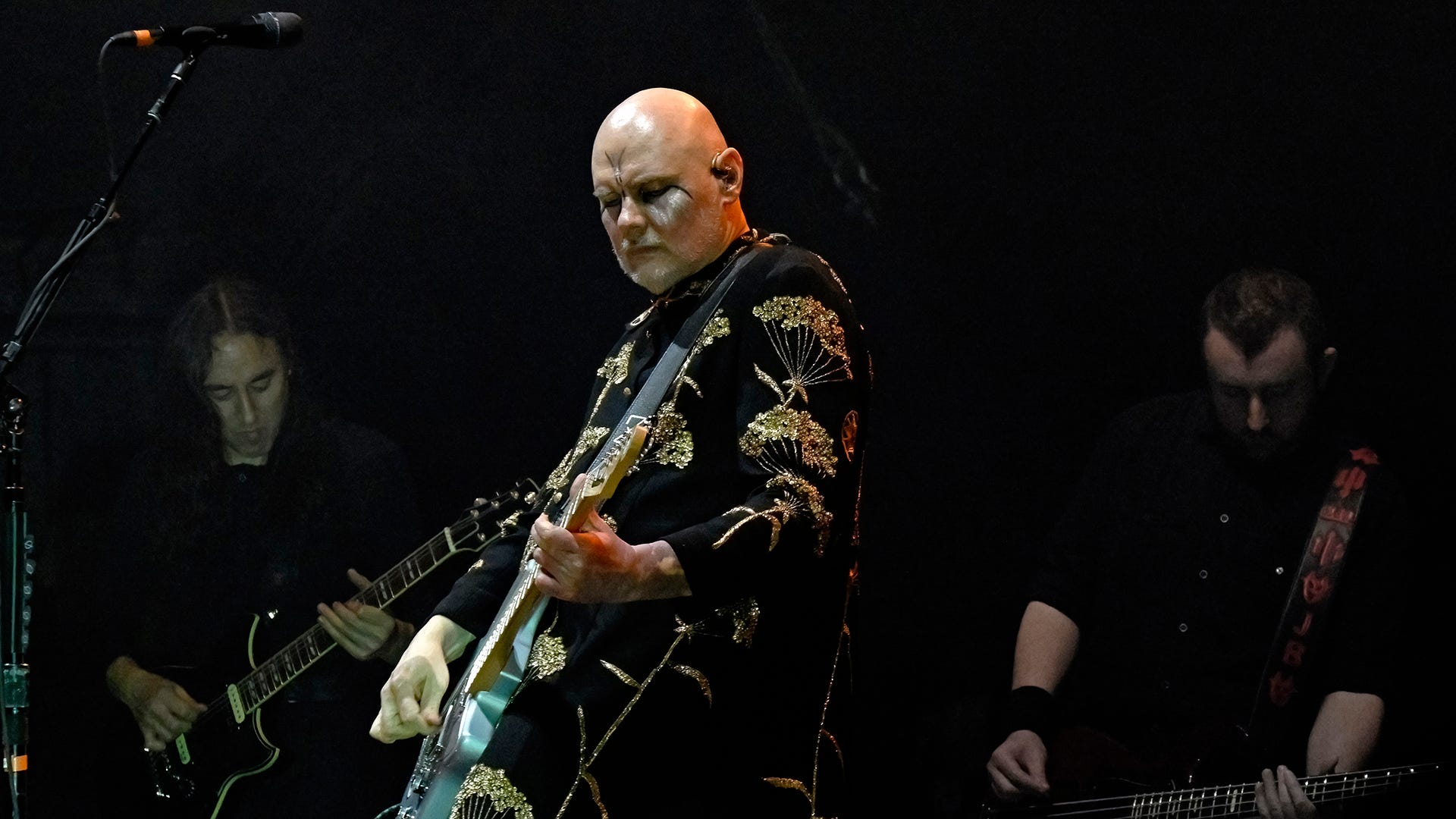 The Smashing Pumpkins have 33 songs set for 'Mellon Collie' and 'Machina' sequel, 'ATUM'

After almost three decades, Billy and the Pumpkins are still in the midst of making groundbreaking songs, all of which have stuck to the bones of longtime fans and new listeners alike, weaving their way in and out of our disparate lives as if they were somehow our own.

"You know, everything from tattoos, to people getting married, to people having kids, to mourning a lost loved one -- and when they include your music it's a really tremendous honor," says Corgan. "I think the difficulty for the band has been that even despite all the success that we've had, we've always had other people try to define who we are and who we aren't. I think until that journey is done, we're still kind of in the fight of... 'this is The Smashing Pumpkins.' Because for everything that we've done, there's been twice as much energy around what we didn't do or what we should have done. And I think over time, especially with the new record, we've sort of proven that our way is the best way for us. We understand why it's not the best way for everybody who wanted a 'Siamese Dream 2'... But for us, that's why we're still going, because we trust each other and that musical language, and that journey has always kept us going. That's really important to us, and I think it's very much a message of 2022: To not let other people define what your life is, who you are as a person whether sexuality or gender, or who you love. Don't let other people tell you who you are. You be you."

"Ever since I was a little kid," Billy continues, "I've heard 'I'm doing it wrong,' 'you're too weird' -- it's always been part of my life. I don't remember a time when everybody was just like, 'hey, you're cool the way you are.' There was always something [that] was wrong with me, and that extended into the music world. So, I think if you gave us truth serum, we're really, really, really humbled... by the love the fans have always shown us from the very beginning, from the earliest days of the band. It touches us."

That's not to say there isn't an interesting toss-up that happens in different parts of the country when the band is on the road. Billy says he can see the expectations of crowds who view The Smashing Pumpkins as a specific "anachronistic postcard from another time," as opposed to bands of their generation like Green Day or blink-182 who have enjoyed second and third acts in their careers. "Sometimes we walk on the stage and you're like, 'Oh this is that crowd.' You can feel it," he adds, "because you'll play something like the fourth song in our set, 'Seer,' which is from our last record, and I go off mic and do my little disco moves and I literally look at 40-somethings like with this, 'what is happening,' look. As if they're saying 'I'm comfortable with the Goth thing and the guitar and the weirdness... but you dancing to a disco song is just too weird for me.'

Of course, there is some gratification in that discomfort for Corgan. "If you're in music and you're not pushing boundaries, I mean, why are you in music," he asks. "It's called 'The Arts' for a reason, you know. I once had a very powerful person in the music business say to me circa 1998 in a British accent, "You know Billy, it's the music business for a reason. Don't forget it.' And that's cool too, it's what makes the world go 'round, but for us there was never a map. We started as a psychedelic jam band, and morphed into a pop grunge band, and into a dark entity into a goth electro band, into an even darker goth band. And everytime we would do it, people would be like, 'what's wrong with you?' We were just like, 'it's fun.' It's a form of dress-up. Musical identity is as fun as dressing up. That's why I don't dress up for Halloween because I'm in Halloween the other 364 days of the year.""

Act 2 of AUTM is expected to arrive on January 31, and Act 3 will follow on April 21. The Smashing Pumpkins recently wrapped their Spirits on Fire Tour in support of the project with Jane's Addiction.

Hear more about The Smashing Pumpkins' Act 1 release and what to expect from Act 2 and Act 3 above, and stay tuned for more conversations with your favorite stars and artists on Audacy.com/Live.