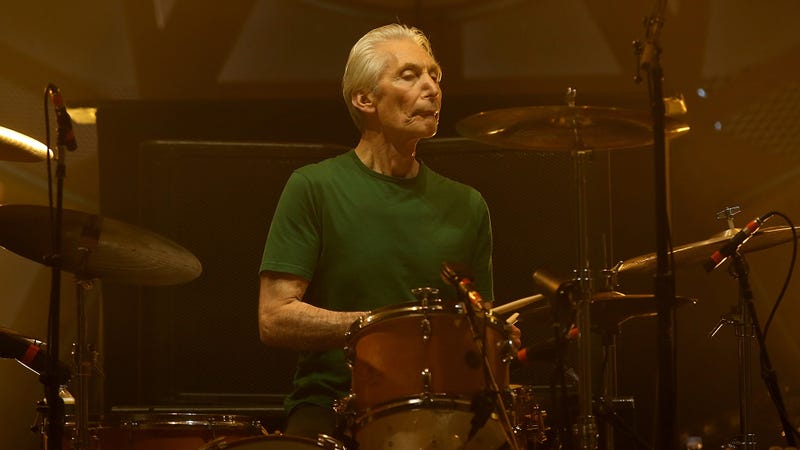 Creating a list of the best Rock drummers of all time is almost like asking a parent to choose their favorite child. Each has their own unique abilities, quirks, and surprises that truly give us a look into the many facets of their style.

Narrowing it down to just seven is almost impossible. So, we're offering up this roster as a tribute to the steady backbones of the past and present who continue to inspire countless obsessive musicians to this day. 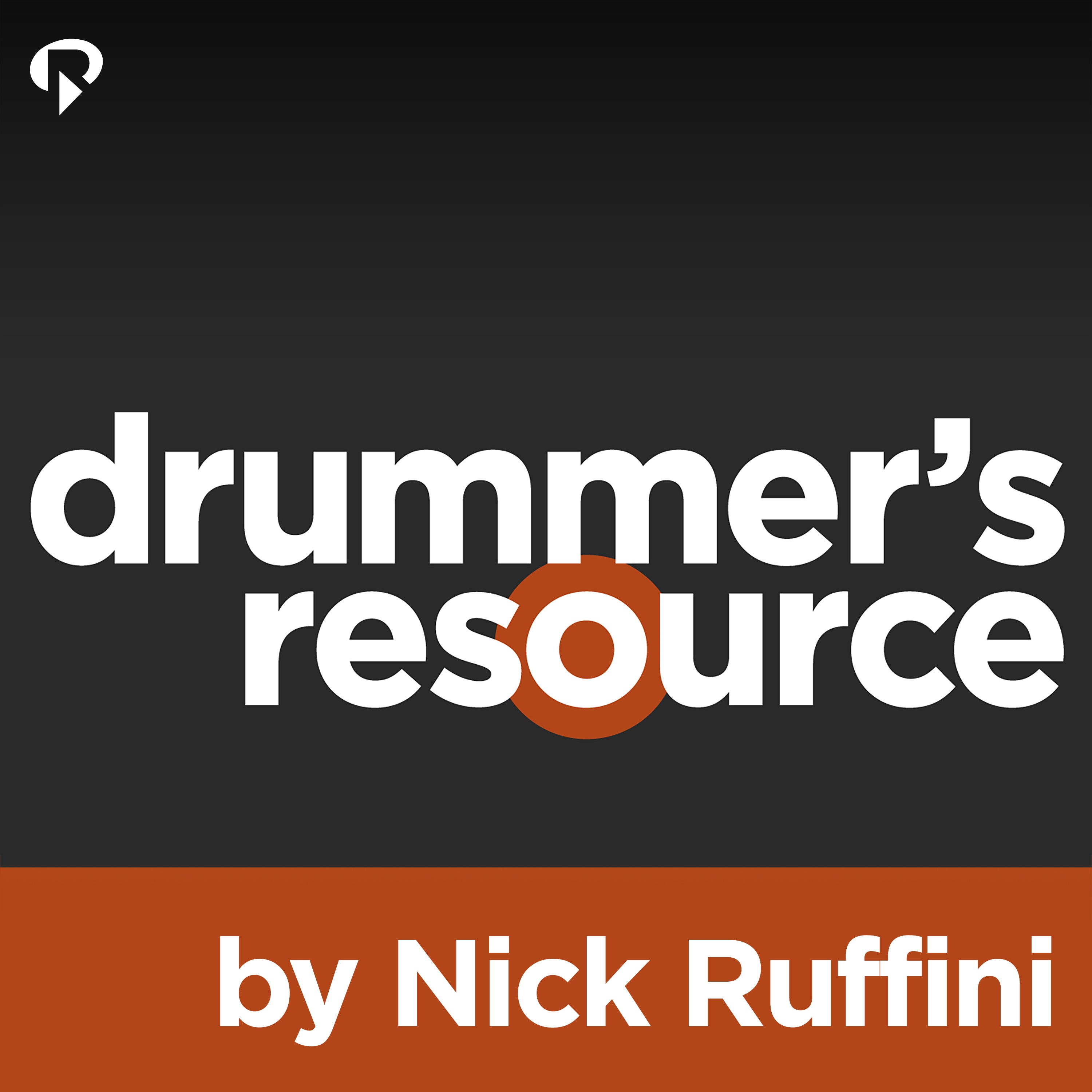 Listen to your favorite music now on Audacy and check out our all-new Rock stations curated for fans, by fans like The Rolling Stones Radio

The late Charlie Watts joined The Rolling Stones in 1963, once his salary was agreed to as he had already established himself as a paid musician by that time, finally appearing on stage with the band in February of that year. Known as the "steadiest hand in Rock," Watts had been the sinuous spine of the greatest rock and roll band in the world for almost 60 years. Upon his passing in 2021 each member of the Stones, as well as numerous other fellow artists, offered their tributes to "the ultimate drummer."

For a close-up look at Charlie's atomic clock timing and unique traditional style, check out the drum cam footage of "Jumpin' Jack Flash" above. 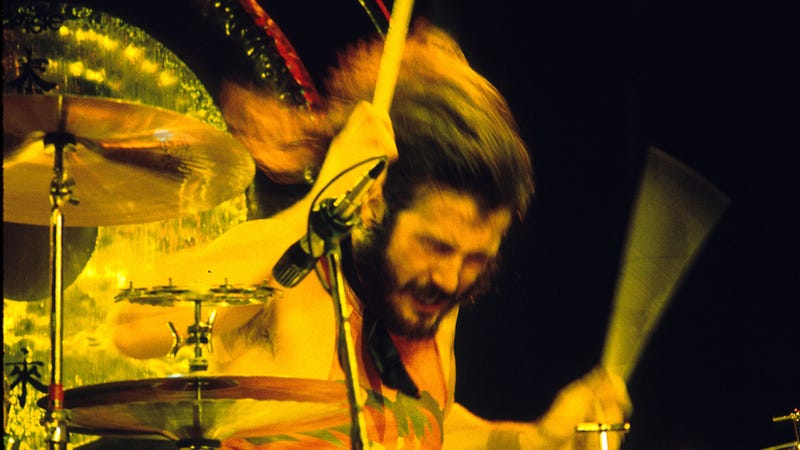 Led Zeppelin's late beat master John Bonham was one of the fastest-footed drummers to ever step behind the set. Best known for his wild style and lightning-quick triplet technique, which is still the stuff of Rock legend, as there are more than a few tutorials available to help students along their way.

Bonham, always at the top of any "Best Drummers" list, will forever be enshrined in the Halls of Rock.

Being a drummer myself, I had to add my own personal favorite, He's one of the hardest-working artists in the game, getting his start at just 4-years-old, the California native has worked with the likes of Suicidal Tendencies and Infectious Grooves, Sly and the Family Stone, Bobby Brown, international sensation Eros Ramazzotti, and countless others. Eric Moore II is one of those drummers who simply mesmerizes anyone who gets a chance to witness, inspiring drummers all over the world with his incredible style.

For a sampling of his range, check out Eric's warped version of Tears For Fears' "Everybody Wants To Rule The World," compared to two very different takes on the original. 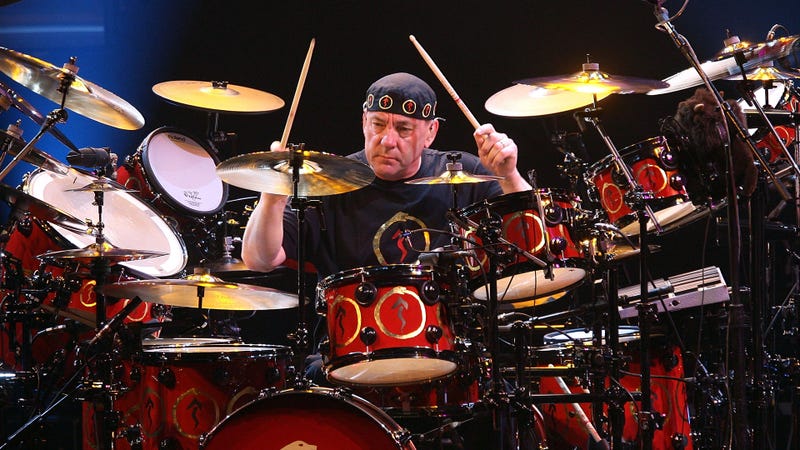 While Canadian Prog-rockers RUSH continue to inspire musicians of all ages, the loss of famed drummer Neil Peart in 2020 after battling brain cancer delivered a devastating shock to the Rock world. Considered one of the greatest drummers of all time, Neil inspired countless artists to truly study and perfect their crafts.

Although guitarist Alex Lifeson has said the band will never exist again and had been struggling to find his own inspiration after Peart's passing, fans can still experience the wonder of Neil's playing on every RUSH release (check out some isolated recordings). While you're at it, watch Peart's last recorded drum solo here.

The go-to drummer du jour, blink-182's Travis Barker can be heard on just about every hit Alt single on the airwaves today. From jxdn, to WILLOW and KennyHoopla to Machine Gun Kelly, Barker's crippling blasts have become a serious money maker.

But we don't even need a drum set to see just how focused Travis is on his craft. Check out some backstage footage of him warming up on just pads and chairs above, and for even more technical fun, check out a clip of Barker's rudimental rocketry right here. 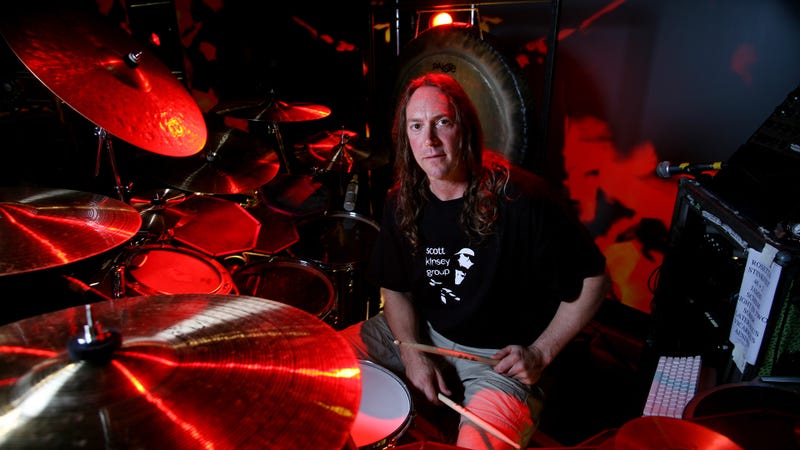 One of today's modern drumming masters interestingly got his start in the music industry after a joke went too far, and that Green Jelly song "Three Little Pigs" became a hit. Carey joined TOOL in 1990 and has since become one of the most technical and powerful drummers in Rock, incorporating difficult time signatures and syncopated rhythms and the feeling of full-blown drum solos during his songs.

Check out this drum cam footage of Danny playing TOOL's "Pneuma" live and see if you can keep up.

Drummer for Nirvana's catalogue, songwriter, guitarist, and occasional beat man for the Foo Fighters, and the go-to guy (before Travis Barker stepped in) for bands looking to have the biggest and best sounds on their recordings. Featured on projects with Queens of the Stone Age, Probot (With Lemmy Kilmister), Tenacious D, Them Crooked Vultures, and more, Grohl's style can be heard from galaxies away.

Among his numerous projects over the years, the behind-the-scenes look above at Grohl's involvement with legendary British rockers Killing Joke on their 2003 release is especially interesting, as you can see the intense working process and great care he gives to every single performance he's a part of. Listen to the completed track, "Asteroid," right here.

Now that the skins and cymbals are ringing --- listen to even more of Audacy's all-new Rock stations like The Rolling Stones Radio, Rock N’ Road, Freedom Rock, The Canyon, Arena Rock, Wake Up and Rock, and The Roots of Rock for those who crave the early days.