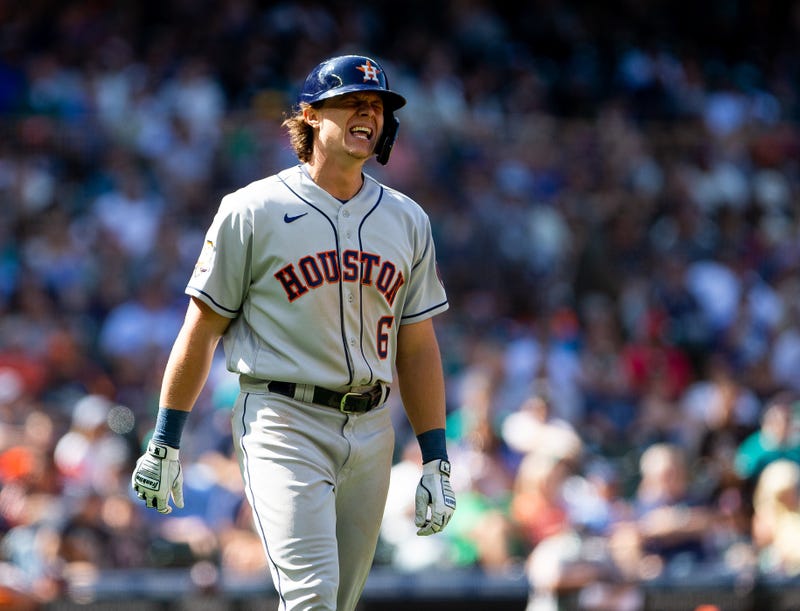 HOUSTON (SportsRadio 610)- James Click addressed the Astros needs for a left-handed reliever, a second catcher and a hitter who can play all over the place before Tuesday’s trade deadline, but the one position he left alone was center field, and he expressed confidence that Jake Meyers will break out of his prolonged slump.

"We continue to have faith in Jake Meyers,” Click said after Major League Baseball’s trade deadline passed on Tuesday. “Jake was a big part of his team last year. We know how valuable he is to the lineup and certainly to the defense.”

After missing the Astros first 69 games of the season recovering from the shoulder injury he suffered during game four of the ALDS, Meyers entered Tuesday’s game against the Red Sox with a .220/.299/.330 slash line and a 35 percent strikeout rate, and over his last 16 games Meyers has seen his OPS crater to .387, but the Astros general manager says the team is not giving up on him.

“We are going to continue to work with him on moving him back into that form that we saw last year when he is just an elite defender in centerfield and brings a lot to the game.”

Click cleared a spot on the Astros roster for Meyers last season when he traded Myles Straw before the deadline, and Meyers rewarded him for that faith by compiling a .761 OPS over 49 games. The 26-year old will be afforded every opportunity to hold on to that job, in large part because the Astros are short on options, especially after standing pat at his position this week.

Kyle Tucker manned center during all three World Series games in Atlanta last fall after starting four regular season games in that spot, but Click didn’t seem keen on sticking his All-Star right fielder out there on an everyday basis, though he didn’t completely rule it out.

"It is not as simple as moving him over there,” Click said. “Playing centerfield is a very different animal than playing right field or left field. "The amount of ground that you have to cover, the priorities calling other fielders off, taking charge, the angles of throws, even the mound and where it is when you're making throws to home plate. If we are to explore that possibility, it is not something we are going to take lightly.

“Kyle continues to be one of the best defensive right fielders in baseball, and he has all the ingredients that I think would lead to a very successful defensive centerfielder, but we can't let that take away from the other parts of his game and what makes him successful.”

24-year old Pedro Leon is another centerfield option the Astros have within the organization. Rated as one of the team’s top prospects, Leon entered Tuesday slashing .236/.371/.459 at Triple-A Sugar Land and has cut his strikeout rate from 30.6 percent to 26.4 percent.

“Pedro has come a long way,” Click said. “We've been working with him, specifically on his reads and his reactions in centerfield. He is a tremendously gifted natural centerfielder. I think the next level for him is going to be making sure that you don't just rely on your gifts and understand that there's a lot of planning and preparation. And we've seen tremendous strides from him so far this year has been very exciting to see.”

Despite Leon’s improvements in his second season in the Astros system, Click didn’t make it seem like he’s an option at the Major League level in 2022, but the Astros still like his prospects in down the road.

“I think Pedro still has things that he needs to work on as all players do,” Click said. “The work, the effort, the strides that he has made over the past few months in particular have been noticeable by me and a lot of us in the front office.”

Meyers went hitless in three at bats on Tuesday night and was lifted for pinch-hitter Trey Mancini in the ninth inning with the Astros trailing 2-1. By not adding a centerfielder before Tuesday’s trade deadline, the Astros put their faith in him, and at some point, Meyers is going to need to reward them for that.