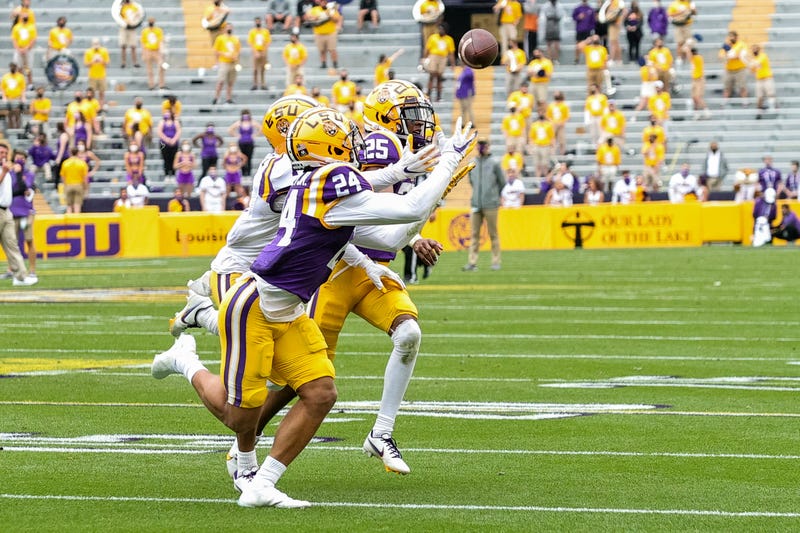 Derek Stingley Jr. earned All-American honors at cornerback as a true freshman, but in Year 3 he could be catching passes instead of defending them for LSU football.

LSU coach Ed Orgeron said his star defensive back will likely get snaps at wide receiver in the spring, but it remains "up in the air" how much action he'll see.

"That's up to him. We've discussed that. He may try a little offense in fall camp, see how it works," Orgeron said in an exclusive interview on SportsTalk with Bobby Hebert and Kristian Garic.

"Obviously we’d like to use him but that’s totally up to him. I gave him that opportunity and him and his daddy agreed. He’s spent two years playing corner. He’s ready."

Stingley, who will wear the vaunted No. 7 this season, has already flashed his athleticism as a punt returner in his first two years with the Tigers. His father, Derek Sr., played in the Arena Football League and his father, Darryl, played five seasons as a wide receiver for the New England Patriots before an injury that ended his career.

Stingley's dominance on the outside as a freshman was tempered a bit in Year 2, as the Dunham School alum failed to record an interception along a struggling secondary after logging six as a true freshman. Even if he sees action as a pass-catcher, Stingley's future almost certainly remains on defense where he's projected to be a top-10 selection in the 2022 NFL draft.

Click here for the full interview with Orgeron on SportsTalk. 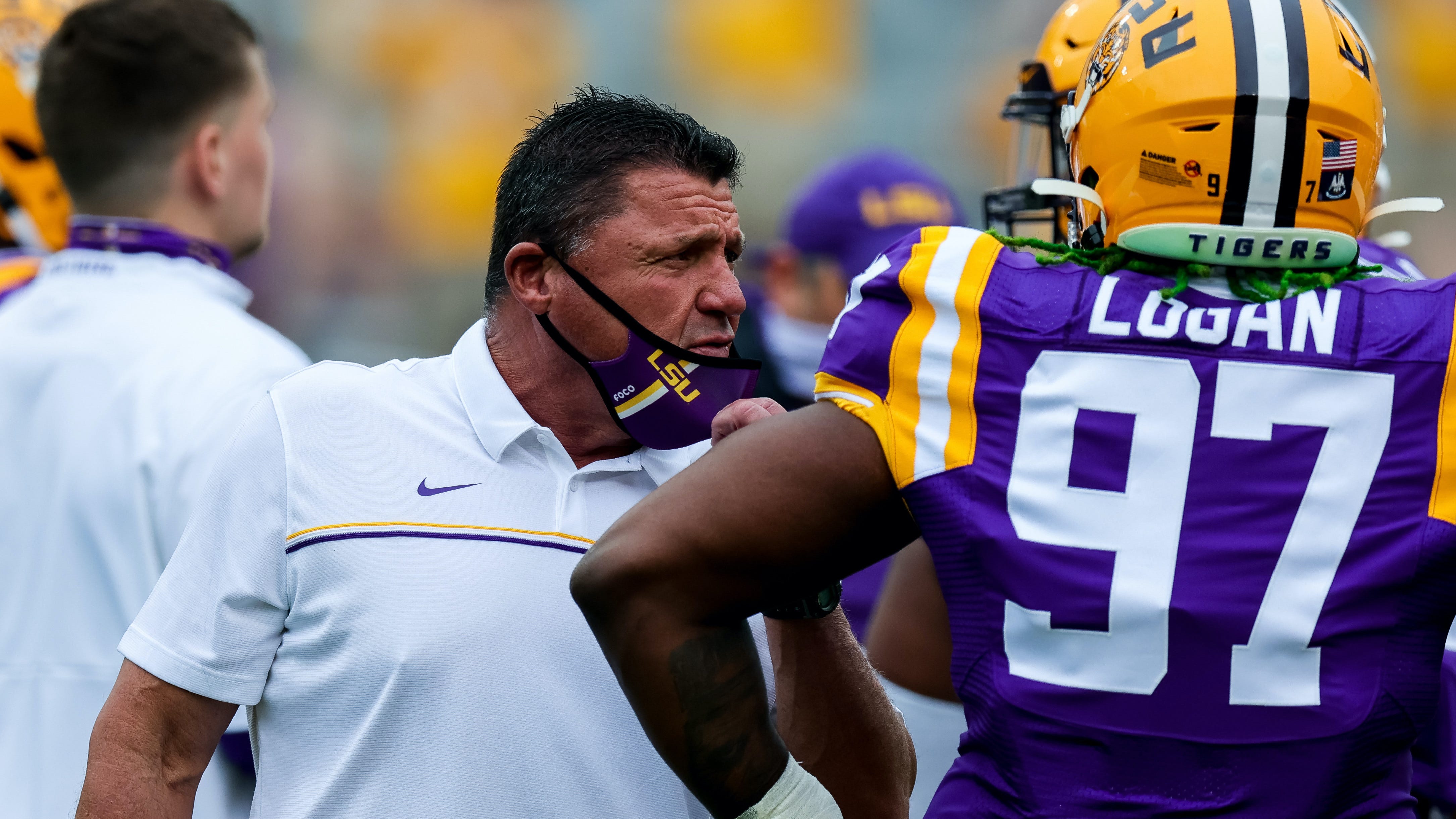 WHY NEW OL COACH BRAD DAVIS IS A GAME-CHANGER

“First of all he’s from Baton Rouge, a great young man. He knows the game. He played the game at Oklahoma. He’s been around. He’s learned from some great people. He’s a great technician, but he’s also a dynamic recruiter and a strict disciplinarian — he’s a tough guy. And one thing I like about him, was in his interview he said ‘coach, I want to be in Baton Rouge.’ He said ‘every time I pass across that bridge I look in that stadium and my cleats need to be in that grass.’ And that’s the same way I’ve thought all my career.

"So I know we’ve got a guy that wants to be in Baton Rouge, that wants to fight for the Tigers. All the recruits that I’ve talked to all say that he’s an excellent recruiter, they all know him. And so we feel like we’ve got us a game-changer in Brad.”

“I’m expecting a big crowd. We’ve got a lot of people. It’s a three-day weekend. I think our guys are going to be fired up ready to go. That's going to be an excellent challenge the first time we go out there, LSU Tigers coming on the west coast.

“First of all, Paul has been great to me. We’ve worked hand-in-hand, we’ve had a couple players play football, play baseball. He’s very fair, but you know what, guys respect hm. I love watching his teams play. They’re very competitive. They play with fire. And you know it seems like they get better throughout the year, and this is another great example. Beginning of the year they struggled a little bit and now they’re one tournament away from the [College] World Series. I wish him the best. He’s a great man; he’s a great tiger.”