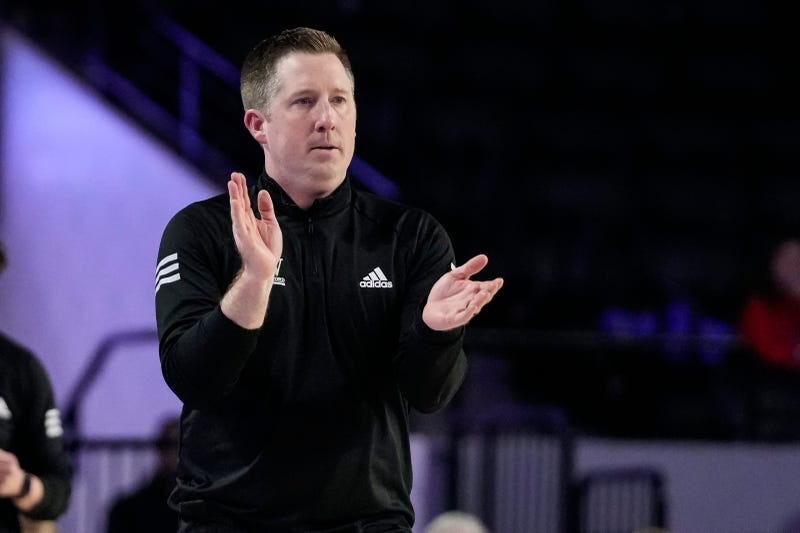 Four Terriers scored in double figures to pace a hot-shooting afternoon at the Ramsey Regional Activity Center in Cullowhee, N.C., as Wofford dropped Western Carolina (8-10, 2-3 SoCon) 84-64 to even its league record to 3-3 and move to 11-7 overall on the season. Junior B.J. Mack and freshman Luke Turner recorded a pair of 20-point performances, including a career-high double-double for Turner, followed by Isaiah Bigelow and Ryan Larson in double figures, as the Terriers shot over 50 percent from the floor (53.4%) for the second consecutive contest.

“A very proud team win again. We knew this was going to be a really difficult environment,” said head coach Jay McAuley. “But how about a young guy stepping up? First time in this building for Luke Turner, a freshman, to come in here and provide a spark and double-double. First of his career on the road here. He’s got a bright future if he can keep that mentality and that focus.”

“It was a collective deal again,” added McAuley of the team effort. “We got four guys that really made some impacts and the other guys’ that just didn’t show up on the stats.”

The Terriers eclipsed 80 points for the second straight game and fifth time this season, as Wofford is 5-0 when doing so and 5-1 when holding teams to under 70 points.

Forward B.J. Mack led with a game-high 22 points on 9-of-13, including a 3-pointer and 3-of-4 free throws, in addition to nine rebounds and five assists. The performance marks Mack’s fourth 20-point outing of the season and his career.

Freshman Luke Turner recorded a breakout performance after a solid nine-point effort against Samford on Wednesday, notching a pair of career-highs and his first career double-double with 20 points and 10 rebounds. Turner was 7-for-15 from the floor, while hitting a single-game high of four 3-pointers (4-for-10) and 2-of-2 at the charity stripe in 27 minutes.

“I just had all my coaches and my teammates believing in me,” said Turner of Saturday’s performance. “I felt really confident. My teammates kept feeding me the ball and getting open shots and I just felt really good.”

“It kind of felt like last game,” added Turner. “My first rotation felt good. I came in for my second rotation and I almost just felt like it clicked. Everything just slowed down, felt a lot easier.”

“When it’s there, it’s there,” added McAuley of Wofford’s fluent ball movement. “It’s fun to watch and they feel it and I’m just trying to get these guys to cling on to that. And when they do, have that defense to offense, like we did the first eight minutes of the game, you can see how we can share and score the ball … That 20-10 number [20 assists, 10 turnovers] is our number. When we play that way, we’re going to be really tough to beat.”

The Catamounts were led by Joe Petrakis with 17 points and six rebounds, followed by Tyler Harris (12) and Nick Robinson (11).

Wofford came strong out the gates, holding double-figure spreads for a majority of the first half, as an 11-0 run sparked by a B.J. Mack layup forced an early Catamounts timeout by the 14:19 mark, 17-3.

Bigelow would corral a steal to convert an and-one finish at the line, while Luke Turner buried his first three of the half from the corner for a 14-3 edge. Larson then found Isaiah Bigelow on the right wing, as Bigelow cashed the three-ball to hold the 14-point margin. The Catamounts would bring the game within seven, 19-12, while a Mack score and Turner’s second three pushed the spread back to double digits, 24-12.

Both squads would trade points with Wofford holding 12-point spreads, as a Mack layup pushed a 34-21 edge, followed by a Bigelow pull-up and Larson layup from Corey Tripp to lead 38-26 (4:44). A trio of free throws from Max Klesmit and a Larson three-ball ensued, as the Catamounts came within nine after Nick Robinson free throws with 35 seconds remaining (44-35). Larson then dimed B.J. Mack on a three from the top of the key to send Wofford into the locker room with a 47-35 edge.

The Terriers and Catamounts exchanged scores to open the second half, seeing Max Klesmit and Isaiah Bigelow trades threes with WCU’s Petrakis, as Bigelow cashed his third three of the contest to hold a 56-44 lead. Mack would secure his own miss to convert an and-one shortly after, sparking an 8-0 run that pushed an 18-point advantage by the 10:22 mark, 64-46. B.J. found Luke Turner for a corner three, his fourth of the day, prior to Mack surpassing the 20-point mark with a hook shot in the lane.

The Catamounts answered with an 8-0 run of their own to bring the margin to 64-54 at the under-eight media timeout (7:42), though, Wofford hit 3-of-3 from the floor over the ensuing possessions, including Bigelow’s fourth three and a Safford layup, that regained a 13-point margin, 71-58. After free throws from Turner increased the lead, Larson drilled his third 3-pointer, followed by Turner corralling an offensive rebound to finish at 78-60.

Mack dished to Turner on a backdoor feed for his 20th bucket of the day, as the lead flourished to 23 points on scores from Safford and David Appelgren prior to ultimately walking away with the 84-64 victory.

Wofford outrebounded the Catamounts 38-30 for the afternoon, while corralling 10 points off 13 WCU turnovers throughout the contest.

Next, Wofford (11-7, 3-3 SoCon) returns to Spartanburg to host The Citadel at the Jerry Richardson Indoor Stadium on Wednesday, Jan. 19, for a 7 p.m. tip.