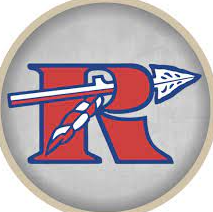 Friday marked the opening day for region play for most teams around the Upstate. Riverside traveled to Laurens to take on the Raiders in the Region 2 4A opener. The Warriors were able to get the road sweep over Laurens on Friday night. Riverside won the girls game in convincing fashion, nearly scoring a hundred points, at 94-28.

In the boys game, it was the established and perennially successful Riverside squad against an upstate Laurens program. Coach Armond Flood in his 1st year as Head Coach at Laurens. He was part of the great success at Mauldin, serving as the program's top assistant for several years. Flood was a key piece of the Mavericks success, in his time there as an Assistant they made the Upper State Title Game twice and had 5A Region Titles.

However, Friday night belonged to the established program. Riverside downed Laurens 56-34. The home standing Raiders were done in by a rough start and cold shooting night. The Warriors led by Junior standout Julen Itrube established control early, jumping out to a 6-0 lead. Iturbe is just coming back from a knee injury, which is key timing for Riverside's hopes at a Region Title. He's the son of former Clemson and Euro League star Iker Iturbe. The younger Iturbe is a 6ft 7 Forward, he has offers from Western Carolina and NC A&T and interest from others.

After the 6-0 run to open the game by Riverside, Laurens Coach Armond Flood made good use of a timeout. Laurens got on the board and made it 6-2. However, Riverside would then close the 1st quarter on a 13-2 run to lead 19-4 after the 1st.

The Raiders struggled mightily all night in shooting the ball, especially from three point range. They missed their 1st 10 attempts from deep and were 2 of 14 in the 1st half. They finished the game 3 of 21 from downtown. The poor shooting allowed Iturbe to stay in the middle and clog the lane. It also allowed Riverside to sag off and help more to take away drives.

Laurens had their offensive struggles continue in the 2nd quarter. Riverside built on their lead and carried a 32-10 advantage into the half. To the Raiders credit, they came out and played with effort and intensity in the 3rd quarter. They were able to cut into the lead some early in the 3rd and trailed by 14 midway through the 3rd. Riverside then closed the frame with a run of their own and took a 45-22 lead into the 4th. Laurens scored more in the 3rd quarter than they did the whole 1st half.

Most of the Laurens rotation is a young group. Of the 7 players that played most of the minutes for them Friday, 5 of them are under classmen. Sophomore Ty Jones was a bright spot for the Raiders scoring in double figures.

Riverside had 3 players in double figures. Iturbe was one of those, Drew Cannon and Rylan Jones also joined in double figures. Riverside's execution in the half court offense was solid, they are disciplined and do all of the little things well. They used dribble handoffs, read when to back cut and used shot fakes to create open space.

Riverside is mostly led by its Junior class core, which includes the three guys they had in double digits on Friday. So those guys would be slated to back together next year, as well. Their program is almost always in Region Title contention and is expected to be again this year and next with if their Junior class comes back in tact.

Region 2 is likely to be one of the best region's in 4A statewide this season. Quality basketball abides there with Riverside and Wade Hampton to established and highly successful programs. Plus, Eastside and Greer who have quality athletes and will be hard outs in conference play.

There's reason for optimism in the future for Laurens, with so much of the talent in their program being Sophomores and Freshmen. It'll be interesting to watch that program in coming years and I fully expect them to take major steps forward in the Coach Armond Flood era. I'm told that help for the Raider program is on the way from the 4 middle schools that feed into the lone high school in District 55.

Knowing that progress is a process, Laurens will have an uphill climb this year though. It'll also be interesting to see if they are realigned in 2024? The SC High School League considers realignment every 2 years and Laurens is right on the enrollment cut line and could end up in class 3A when the next round of realignment takes place.

Riverside given their high basketball IQ and group of players who has been together for sometime is ready to win now and in the future. The difference in the two programs was evident on Friday, but it's also apparent to see the potential Laurens has.

One major factor for Riverside's run this year to keep an eye on is if Iturbe can stay healthy and how he adjusts coming back from the injury. He wasn't spectacular on Friday by his standards, but he was solid as he rounds back in form after missing considerable time.