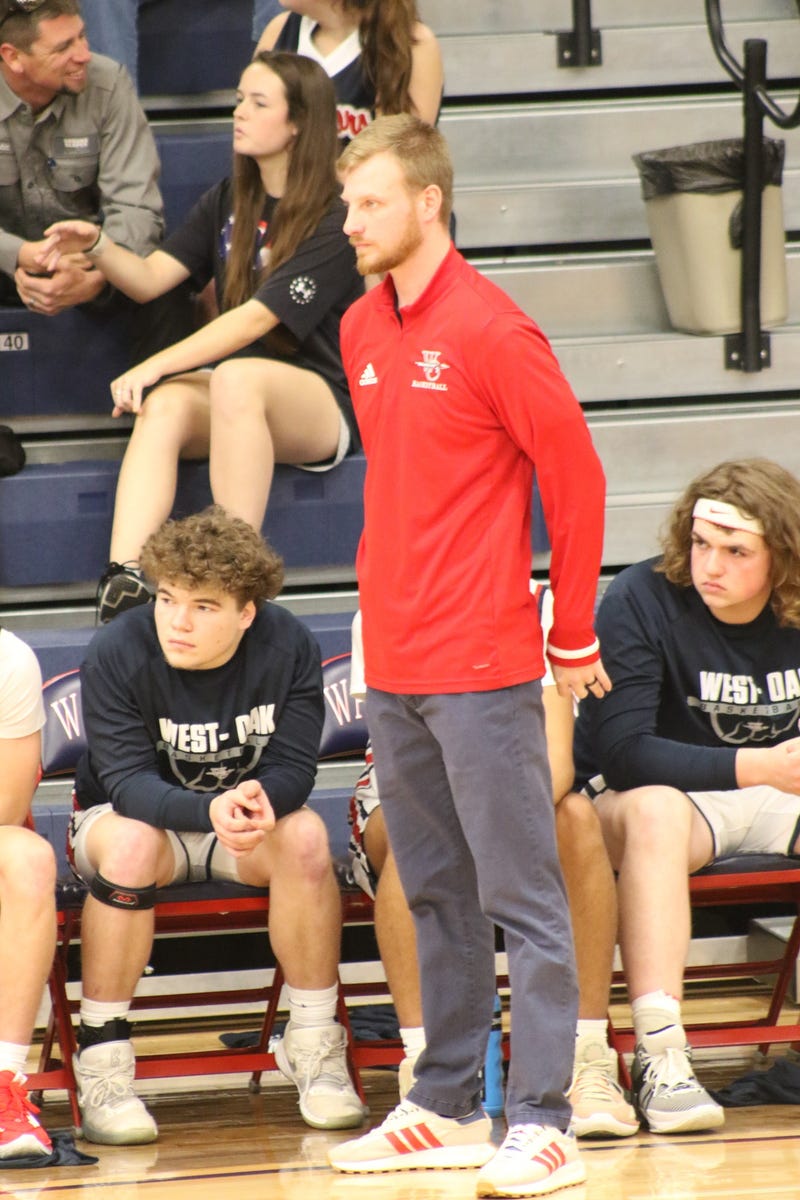 The West Oak Warriors got a road sweep of Oconee County and region rival Seneca on Friday night. The Lady Warriors got out to a 14-0 1st quarter lead. They would hold on to win 35-28. West Oak would have two players in double figures and Seneca had one. The West Oak Girls are currently 2nd in Region 1 3A at 4-1, they are one game behind 1st place Walhalla.

The Boys game was one that held intrigue going in for sure. West Oak had not beaten Seneca since 2012. The Bobcats had won 20 straight in the series. However, West Oak got a historic win for their program downing Seneca 44-41.

It was a physical, hard fought effort on Friday. However, It wasn't pretty offensively as the teams combined for over 50 turnovers in the game. It was West Oak's type of game though. Their identity has been low scoring, maximum effort, scrappy play all over the floor and to make plays in crucial moments. That's exactly what they did on Friday night.

West Oak went on another run of 11-3 early in the 2nd quarter. Seneca Coach Kevin Padgett did not use a timeout during that stretch. West Oak built a 24-12 lead their largest of the game, late in the 1st half. Seneca then closed the 1st half on a 5-0 spurt. West Oak led 24-17 at the half.

The Warriors would start the 2nd half with another run, they would outscore Seneca 9-4 to open the 3rd. Seneca would settle in and the two would go back and forth. West Oak closed the 3rd quarter up 33-25.

A defensive adjustment by Seneca sparked their comeback effort. The Bobcats went to full court man to man pressure and it rattled West Oak. The Bobcats opened the final frame on an 8-2 run to cut the lead to two points at 35-33 early in the 4th.

West Oak starting Forward Brayden Moore left the game with an injury at the 7:15 mark. He would return just moments later. Seneca would battle all the way back and tie the game at 37 with 5 minutes left. The game would stall offensively from that point, as both teams struggled to score. The two teams score just once each from the 5 minute mark to the 2:15 mark.

Brayden Moore who returned from the injury hit the biggest shot of the night, he connected from deep to give West Oak , a 42-39 lead with 1:20 left. West Oak got a stop on the next Seneca trip. Moore would get fouled on West Oak's offensive possession, he made both ends of the one-in-one to give West Oak a 44-39 lead.

Seneca Freshman Jermaine Miller would get a bucket to cut the lead to 44-41. Seneca got a stop and had a chance in the closing seconds. Point Guard Cam O'Kelley drove and found an open Zay Poole for a 3 point attempt just before the buzzer. Poole's shot fell way short and West Oak held on to win 44-41.

Lucas Towe had 11 to lead the Warriors, Moore added 9 with 5 of those coming in the final 90 seconds. Charlie Daniels added 8 for West Oak. Jaxson Burnette had a game high 13 for Seneca, 9th grader Jermaine Miller added 8.

Coach Matt Rowland has energized the West Oak program. The youngest Varsity Basketball Coach in the South Carolina has the Warrior program believing they can achieve. As a result, they are achieving seldom seen heights in the program. It's the 1st win for West Oak's boys over Seneca since February of 2012. It breaks the Seneca 20 game win streak in the series, as well. Rowland becomes just the 3rd West Oak Coach to beat Seneca in the last 30 years. I caught up with Coach Rowland after the historic win, that interview is below.

Seneca's Boys program has had a vice grip on Region 1 3A in the last few years. However, it's pretty safe to say their run of 3 straight Region Titles is coming to an end this season. West Oak is 13-7 overall, eclipsing last year's win total all ready and it's their 2nd most wins in a single season since 2012. They also are in solid position to try and win their 1st region title since 2003 and just the 4th in program history.

The Warriors are now 4-1 in Region 1 3A and are tied for 1st place with Walhalla. Seneca is 2-3 in Region 1 play, they lost a combined two games in region play in the previous three seasons. Both teams are back at it in region play on Tuesday. West Oak is at Pendelton and Seneca is at Crescent.