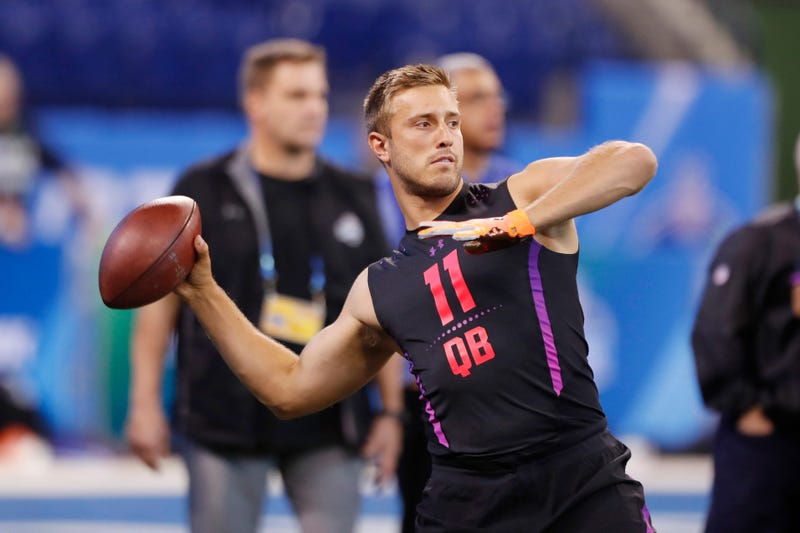 Quarterbacks were a big topic of discussion last week at the NFL combine as it relates to the Patriots, with many comparing current prospects to Tom Brady and Jimmy Garoppolo.

Have people ever considered the fact that there are other successful ways to play the position? The quarterback of the future for the Patriots doesn’t need to be like Brady or Garoppolo — he just needs to be good.

Comparing each quarterback in the draft to Brady or Garoppolo isn’t the right way to go about identifying the Patriots’ next quarterback, and it isn’t fair to the young quarterbacks, either.

They should be able to be themselves and not have people try and find ways they are like past Patriots QBs.

A lot of people look at Richmond’s Kyle Lauletta and immediately think of Garoppolo.

They both played at FCS schools, had essentially the same completion percentage and are pretty athletic. Is it really fair to Lauletta to throw that label on him before he’s even drafted, or say because he has some similarities to Garoppolo the Patriots should select him?

The same can be said for Washington State’s Luke Falk being compared to Brady.

People see him as not being as athletic as some of the other quarterbacks in the draft, see his story of battling adversity, and being a terrific pocket passer, but is he really that similar to Brady? How can anyone make this assumption at this point, and because he has a few similar qualities, is that good enough reason for the Patriots to draft him?

Often times in New England some fall into the trap of whatever the Patriots do is the only way to do things.

Just look at the way Bill Belichick coaches compared to say Mike Tomlin and Doug Pederson. There’s no question Tomlin and Pederson have different coaching styles than Belichick does and Patriots fans love to point it out when things go bad, but as was showcased this season, the Patriot Way isn’t the only way to be successful.

The same thing can be said with the quarterback position in this year’s draft.

The Patriots don’t need to look for who most resembles Brady or Garoppolo — they just need to find a good quarterback.

Offenses can adjust to who is under center and the Patriots have Josh McDaniels, one of the best offensive coordinators in football, who should no doubt be able to work with any style quarterback he gets, as long as he's good. Remember the early part of 2014, McDaniels had three different quarterbacks in the first five games, all of which had different styles, and still went 4-1.

The most important position in all of sports is NFL quarterback, and all that matters is he can play and be successful. It doesn’t matter how that looks, as long as he gets the job done.

If the Patriots feel Lamar Jackson is the best quarterback in the draft and would give the Patriots the best chance at winning long-term, should they not draft him because he isn’t similar to Brady or Garoppolo?

What about Mason Rudolph, Mike White and Logan Woodside? They haven’t been compared to any of the recent Patriots quarterbacks, so should the Patriots take them off their board?

When the Patriots selected Garoppolo in 2014, was he even close to Brady’s style? No, but he proved his style of play can work. Someone who is drafted this year can be the same way.

Over the next month or so when quarterback talk dominates the discussion, keep in mind not every successful quarterback will be like Brady or Garoppolo.

It’s just up to the Patriots to find a good one.