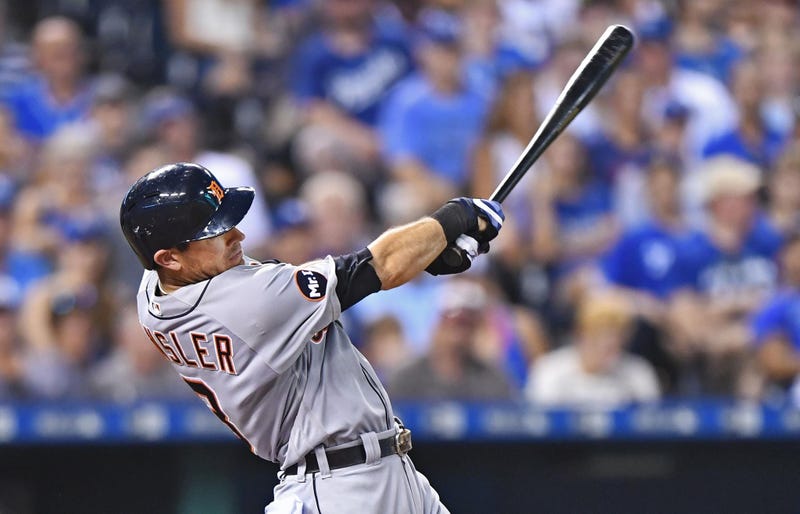 There are no shortage of Red Sox with ties to Ian Kinsler.

Those who know the four-time All-Star best expect he'll fit right in after the Red Sox acquired him late Monday night in advance of Tuesday's trade deadline.

"He's the closest teammate I've ever had to Dustin Pedroia," Price said after a 2-1 walk-off victory over the Phillies. "He brings that intensity, that fire every single day. He's a gamer. He'll make any team better."

The Red Sox acquired Kinsler from the Angels for minor league pitchers Ty Buttrey and Williams Jerez. The 36-year-old may be nearing the end of his career, but Dombrowski is confident he still has something to add to a roster that could use infield reinforcements with Pedroia likely sidelined for the season, Eduardo Nunez struggling offensively, and young third baseman Rafael Devers on the disabled list.

Martinez declined extensive comment on Kinsler until the deal was official. "He's a winning player," he said.

In the span of just a couple of weeks, Dombrowski has addressed three primary needs with under-the-radar trades. First came the acquisition of Steve Pearce from the Blue Jays. All Pearce has done is hit .340 and mash left-handed pitching.

Next came right-hander Nathan Eovaldi, a hard thrower who provides rotation depth and could even conceivably work his way into a playoff start, especially if the Red Sox draw the right-handed-heavy Yankees in the postseason. Eovaldi won his Red Sox debut with seven shutout innings on Sunday.

And now comes Kinsler. Second base has been a problem spot all season. Red Sox second baseman began play on Monday ranked 24th in baseball in OPS (.662). Only two teams have managed fewer than their five homers. Nunez and Holt have more value when they're playing supporting roles, and Kinsler's presence will allow both to do just that when Devers returns from the DL.

"I think he's coming in with the idea that he's probably going to be our regular second baseman, at least most of the time," Dombrowski said. "That's the thought process there. And then it puts us in the spot where Brock becomes the utility guy that we really think he plays a very good role, as does Nunez. He can go out and play all over the field for us. And then when Devers gets back we have the ability to go down to 12 pitchers, we think, at that time period. So we think it makes us a stronger ballclub."

All that remains on the wish list is another bullpen arm. Maybe it will even be old friend Brad Ziegler. In the meantime, the Red Sox are happy to have Kinsler, a player with extensive postseason experience (.291-4-20 in 37 games with an .848 OPS) and a winning pedigree.

"He's a championship, a winning-type player," Dombrowski said. "He does everything he possibly can. He does the little things. He's a gamer. But he does a lot of things well. He can hit the ball out of the ballpark. He doesn't strikeout very much. He's good defensively . . . He's really a good player. He's a good teammate. I know the guys here are excited, a couple of guys I've told here already that he's joining us that have known him from the past, so he makes us a little bit better I think."