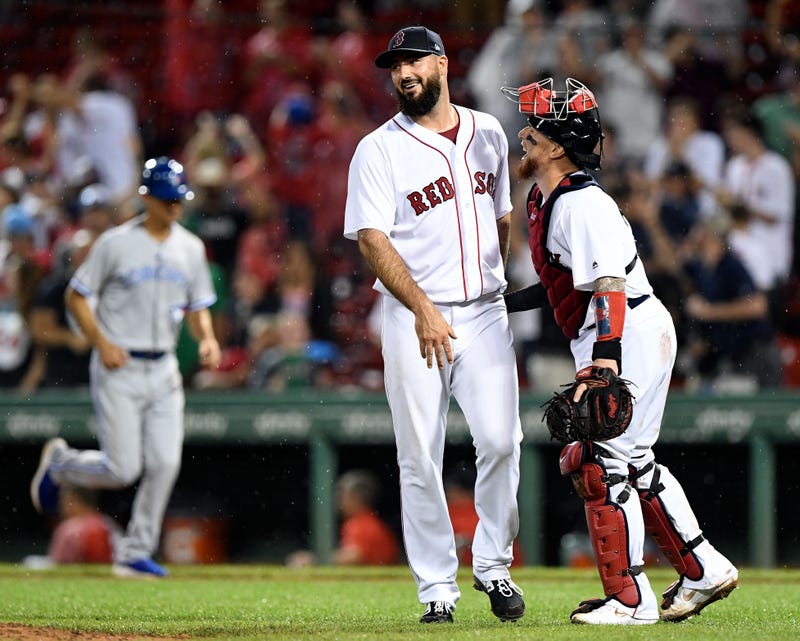 With bullpen reshuffles ongoing as the Red Sox look to find the right formula for their relievers, Alex Cora addressed the bullpen situation on Ordway, Merloni & Fauria on Friday and made it fairly clear who the closer is: Brandon Workman.

"I think the last two or three weeks, anyone paying attention to the team knows who's been our closer," Cora said. "I think early in the season Barnesy was our stopper, he was doing an outstanding job, but we saw it coming. This whole like high-leverage guy, every single day facing the 2-3-4 every night, it catches up with you, and I kind of recognized it in Houston. I think he faced (Carlos) Correa the first game, then he faced Correa the next day and he had a long at-bat and he got that single the other way, and I was like you know what, for everything people say, you need multiple guys that can attack the middle of the lineup, and all of a sudden (Workman) has stepped up to be that guy.

"Those who watch the games and know a little bit about it, they know that Work right now is kind of our guy."

Workman has been the team's most consistent reliever this season, posting a 2.17 ERA over 45.2 innings while striking out 64 batters over that span. After throwing the seventh almost exclusively over the first two months of the season, the right-hander has entered in the eighth inning or later for 13 consecutive appearances, finishing out the game on seven of those occasions.

Nathan Eovaldi is continuing his transition to the bullpen, and while his first relief outing in Tampa was a rough go, a scoreless inning on Thursday night against the Yankees, allowing only one hit and striking out a batter, was more encouraging.

"We called and I asked 'do you need an inning?' And he's like 'I'll take it," Cora said. "So he took it, and he felt better, he attacked the hitters a little bit differently than what he did in Tampa, and that's the thing, he has to make adjustments. He didn't have his breaking ball in Tampa, yesterday he was more efficient, he attacked the zone where he's supposed to with the fastball, so we'll use him. It's getting to a point now where, let's see how it goes today, hopefully we don't have to use him in a high-leverage situation, that we swing the bats well and get into the bullpen early and we can add on. I think he's in a spot now where he's a full-go."

Though Workman has been very good and the jury's still out on the Eovaldi experiment, trade rumors continue to swirl as the Red Sox battle bullpen inconsistencies, sitting 10 games back of the Yankees in the division and a game back for the second wild card spot.

"Regardless of if we were ahead in the division or where we're at, this stretch was going to be tough and everyone was going to talk about it," Cora said. "It just happened that we were, what, 11 games out, and two games out from the Rays? That's the nature of the business and everyone's going to talk about it, and it gets to a point where you improve your team to make a run or you have to make smart abseball decisions, and I do feel we're in a spot where we're playing better, you can see it, not only for what happened yesterday but the way we played in Tampa was pretty good, it took Charlie Morton, a pretty great performance, to stop us. We feel good about ourselves, I think Dave does too. But first things first, we've got today to put ourselves (in position) to win the series, and then you move on. If we do this on a consistent basis, if we're consistent winning series, we'll be there."

A big talking point in recent days has been Boston's strategy at the deadline, whether to buy, sell or just stick with the team as is for the stretch run. That decision is further complicated by MLB doing away with the August waiver market, which leaves Cora and Dave Dombrowski until July 31 to make a call.

"Now without the waiver trades and all that stuff, you have to make a decision as an organization," said Cora. "This is it, we're going for it, or we're going for it, or we're making a move to improve the farm system, that's why they make the big bucks up there. We always talk about it, that's the cool thing about my job. Dave, he's a very experienced guy, he's been in the business for 40 years and not because he's lucky, he understands the business of it and he's done an outstanding job throughout his career, but at the same time, he trusts me.

"I've been in situations that I was the GM for other teams and I was on the outside looking in from other positions — I've got a pretty good idea where we're at and the pulse of the team, and he really respects that."