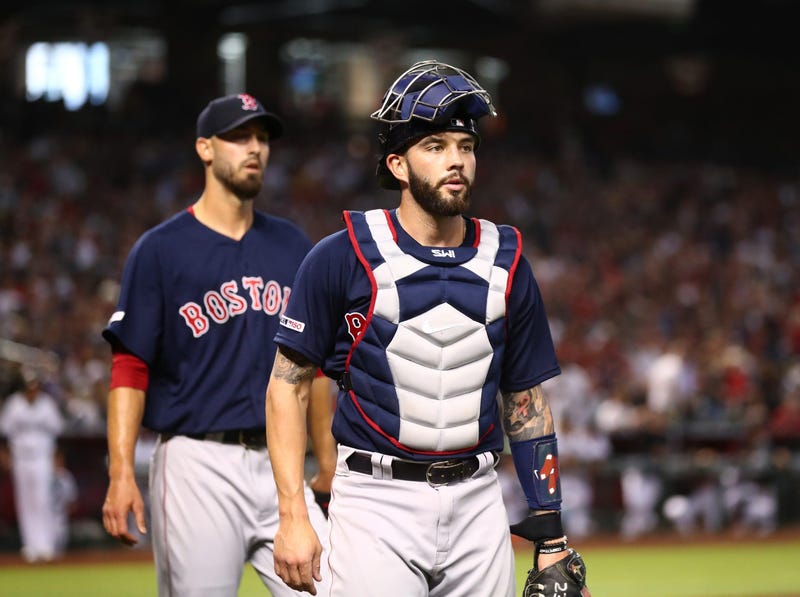 At one point, it looked like Blake Swihart had a lot to offer the Red Sox. Of course, there was the hope he could become the catcher of the future, having the offensive edge over Christian Vazquez. Clearly, that hasn’t panned out like Boston thought it would.

There was another option, too. Swihart became one of the Red Sox hottest trade chips around 2014 and remained one for a time under Dave Dombrowski. Clearly, that’s not the case anymore.

Someone will pick up Swihart off the scrap heap and acquire him for pennies on the dollar. Actually, based on what teams were willing to offer a few years ago, the Red Sox will essentially get Monopoly Money in return.

One notable name he was involved with was Cole Hamels. That started back in 2015 prior to spring training.

In that same offseason, there were rumors Swihart could have been a major part in getting Chris Sale. Obviously, the Red Sox got Sale, but they gave up Michael Kopech and Yoan Moncada instead. Kopech is recovering from Tommy John surgery, but showed promise in 2018, tossing 11 innings of one-run ball in his three outings before his seven-run mess where he saw his season end. Moncada was still best served as a trade piece (MLB worst 217 strikeouts with only 18 homers in 2018) but there’s the chance he could’ve been used elsewhere.

There was once the belief Swihart could be a fit for the Braves, in exchange for Julio Teheran. He’s not on the level of Sale or Hamels and never had the same upside as Kopech, but Teheran would have been a significant return nonetheless.

There were rumors in 2016 the Diamondbacks had interest Swihart, as well. That summer was probably Boston’s last chance at decent return — when Swihart had the capability to be a centerpiece in a deal to land a No. 2 pitcher. By the time last season rolled around, the seemingly league-wide interest had dissipated.

So what’s more baffling: the Red Sox giving up on Swihart or that they could’ve gotten so much for him at on point?