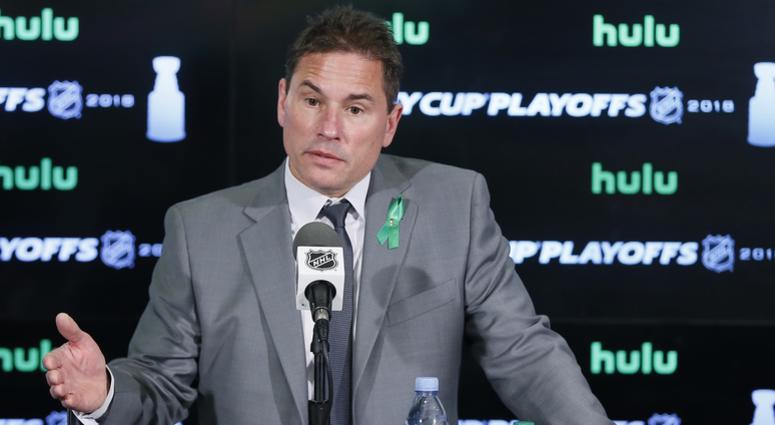 “I actually agree with that,” Cassidy laughed. “I don’t know if surprise is the right word considering (the strength of) the end of their season, but i’d be on the lookout. Obviously Tampa has a lot of players returning and is gonna be strong...People forget James van Riemsdyk and Tyler Bozak are good players but I assume (John Tavares) will be an upgrade (for Toronto).”

The Bruins have been criticized for having a quiet offseason in light of Tavares watch 2k18, but Cassidy said he hopes the increased level of play will help his younger players develop.

“I don’t think it’s a bad thing to have internal competition in our own division...ask me again in February,” he laughed. “I think we’ll have development in our younger guys, I like the character of those guys...I still believe our core has a lot to give.”

Speaking of that core, Patrice Bergeron is expected to be ready to go for training camp and fully recovered from the groin surgery he underwent over the summer.

“As far as we know, he's on schedule to start the season with us. He’s doing great, all the guys that were injured for us at the end of the season -- a long list --are progressing well,” Cassidy said. “Of course anything could happen between now and then, but right now we’re looking to be fully healthy and ready to go.”

While Brad Marchand’s antics are a perpetual hot button issue, Thornton sees them as a winner’s mentality the two share.

“I kind of think I was cut from the same cloth,” he said. “Call it whatever you want, but he will do whatever it takes to win and that is more important than anything else in my opinion...whatever he’s doing his heart is in. (It’s) ‘I’m gonna win at all costs’ and not everyone is cut from that cloth. I really respect the way he plays the game.”

Cassidy reiterated that he believes Marchand has matured.

“I truly believe at the end of last year he reflected on some of that stuff and wants to put it behind him,” he said. “There will always be a little of that hijinks, whatever you want to call it, in his game and I think that helps him, just gotta make sure we get him just on the edge of that line...but he’s a world class player and talent and a great teammate. Those are the parts we love about him.”

What about the notion that Chara is getting too old at 41 years old?

“Obviously that’s incorrect,” Cassidy said. “He’s one of -- if not -- our best defensemen. Shutdown role, big part of the penalty kill...we've been able to incorporate other people so there's shared responsibility in the lineup. But Zee’s got a lot of hockey left in him. I know that for a fact. He trains harder than anybody I know, his conditioning is through the roof. He tries to stay current with the game, those little things. He wants to have his legacy run a lot longer than just one year. I wouldn’t put it past him to play four or five more years in this league.”