After Sunday’s blowout loss to the Flames, Wednesday night’s 5-1 win over the Sabres was exactly the kind of dominant bounce-back effort against a bad team that the Bruins needed.

There was, however, one thing the Bruins absolutely did not need to see. With 6:14 left in the game, Buffalo forward Zemgus Girgensons hit Charlie McAvoy while he was in a vulnerable position, sending Boston’s $76 million man face-first into the dasher and down to the ice in a heap.

McAvoy was slow to get up, but did eventually skate off under his own power with a towel clutched to his forehead. He did not return for the end of the game. Girgensons was assessed a five-minute major and a game misconduct for boarding on the play.

With a hit like that, there are naturally concerns about a concussion and possibly broken facial bones. Fortunately for the Bruins, it appears McAvoy may have avoided those worst-case scenarios and escaped with just (easy for me to say) a good gash that required some stitches.

“He got some stitches. He was up moving around, so he’s good,” Bruce Cassidy said after the game. “I don’t expect there will be much going on. He’ll have a gash over his eye. Hopefully no [concussion]. That’s what you’re hoping, right? Your head goes into the boards like that. Right now, that’s not the case, but who knows. Let’s hope he wakes up, knock on wood, healthy and feeling good, has some turkey tomorrow, and ready to go Friday.”

As for the hit and whether Girgensons should face any further discipline from the league, Cassidy said he didn’t think it was dirty, acknowledging that McAvoy did turn at the last second.

“I don’t think so,” Cassidy said. “I honestly think when players turn like that and you’re kind of committed to a hit, it’s tough to take yourself out of that. Listen, I don’t know what the exact rule is for the call. I know if it was our player hitting a guy like that, I’d say, ‘Boy, he’s in a tough spot. He’s just trying to finish his check.’ At the end of the day, I know they’re trying to get those hits out, but I can’t fault Girgensons for… I don’t think there was any malicious intent, personally.”

McAvoy assisted on a David Pastrnak power-play goal earlier in the game, bringing him up 13 points in 16 games this season while playing a team-high 23:43 per game.

Watch the hit below:

A few good angles on the McAvoy injury. Never good to be that distance from the boards/take a hit/fall awkwardly.

Prayers up for Chucky. He's as tough as they come. pic.twitter.com/f1PH6O5fnH 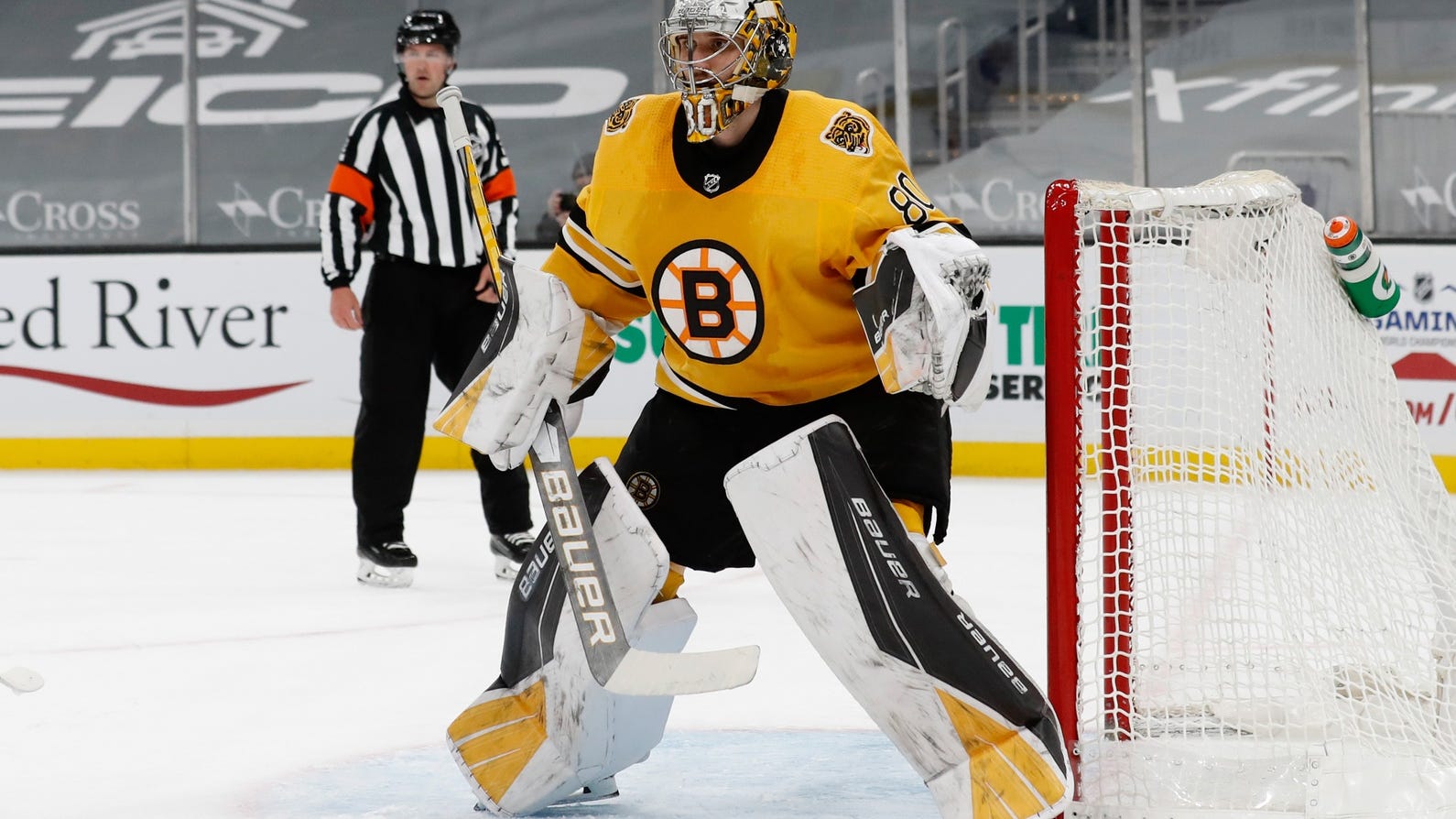