Last offseason, “financial flexibility” was all the rage for the Celtics going into the offseason. They’re not completely throwing that out the window this summer, but after reaching the NBA Finals, Celtics ownership is not putting any restrictions on what president of basketball operations Brad Stevens can do.

Stevens confirmed as much Tuesday morning.

“We’ve got the OK to do whatever we need to do,” Stevens said.

What they need to do, and what they can do, is where things get interesting. While the Celtics don’t have a ton of money to spend in free agency (about $6.3 million on a mid-level exception), they do have a whopping nine traded player exceptions.

Most of those are for minimal amounts (under $2 million) and will go unused, but three of them could be of real value. The biggest is a $17.1 million exception created by the Evan Fournier trade last summer. That one expires on July 18, so the clock is officially ticking if the Celtics are going to use it, or at least part of it.

Stevens said the TPEs are definitely one option available to him for improving the team, but that he only plans to use them if the deal is right.

“There’s a reason why a lot of the trade exceptions go unused,” Stevens said. “We have a bunch of them right now. Obviously the big one expires in July. A couple others expire later. They’re all reasonable amounts that you can take good players in with, so you balance, OK, what’s the cost you’re gonna have to pay?

“You have to bring somebody in who’s gonna add, too, not necessarily take away, which you obviously don’t want to do. So it’s still about being prudent and thoughtful about what the deal is, but we’re going through the whole list and trying to find guys who fit what we need and will fit in to how we want to play and how Ime [Udoka] wants to coach, and makes it so we can take off from the get-go next year.”

Not making deals just for the sake of making deals was a theme throughout Stevens’ Zoom call with reporters. He made it clear that he only plans to add players from the outside if he believes they’ll be the right fit with the core that’s already in place.

“As far as improving, it’s the same old deal: draft, develop and deals,” Stevens said. “You just look for things that make the most sense within your group. I think we have a little bit of, we have to walk a fine line a little bit. I think teams are fragile. I think the way teams work together and operate together is fragile.

“I think your identity as a team, when you find one that’s successful, which we did this year on the defensive end of the floor and when we were at our best sharing the ball offensively, those things are fragile. So, just to add doesn’t mean that you’re not taking something away from the group. And to change significant pieces in the group, that doesn’t mean you’re not taking your identity and shifting it in a direction that’s not as successful. So, it’s quite a fine line.”

The one area for improvement that Stevens singled out isn’t surprising: Offense. The Celtics were held under 100 points in all four of their losses in the NBA Finals, and their bench scoring dried up to almost nothing as the series went on.

“If you’re asking me right now what we need, I’d like a little more scoring, consistent scoring off the bench,” Stevens said.

Stevens said he will explore external options while also saying he believes there are internal options who have the potential to help more (Aaron Nesmith comes to mind here).

“I think we have some short-term needs there, but I believe a couple of the guys who didn’t get a chance to play as much will continue to improve and be knocking on that door soon,” he said. “So we have some development opportunities within our own organization, and we’ll continue to scour and look at where our opportunities are with our trade exceptions and the draft and our limited resources in free agency.” 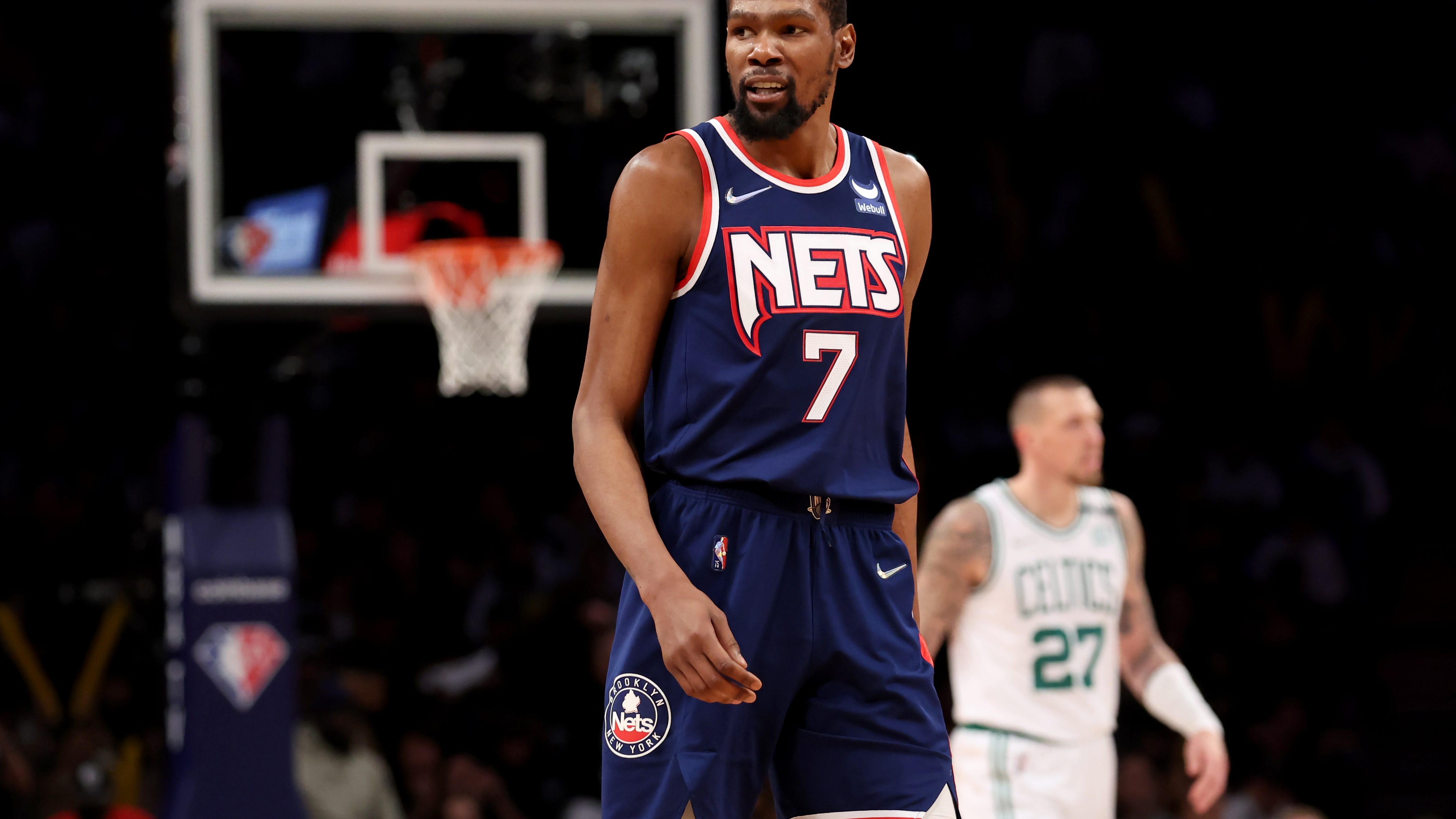 Who says 'no' to this Celtics trade for Kevin Durant?