Sometimes to take the next step you have to get a little uncomfortable in your team-building process. Case in point: Potentially trading Kemba Walker.

Walker is certainly a valuable player for this Celtics team, and represents much-needed leadership off course the court. But he also carries the kind of value needed to reel in high-end talent that might be a better-on-the-court fit.

It's basically one bad contract for another, with both George and Walker making upwards of $30 million per season.

While George's production might be a concern after watching him in the most Clippers' most recent postseason run, so are Walker's knees. Danny Ainge suggested the guard wasn't himself during the playoffs due to the ailment. The worry is that the former UConn star never will be his old self, even after an offseason. 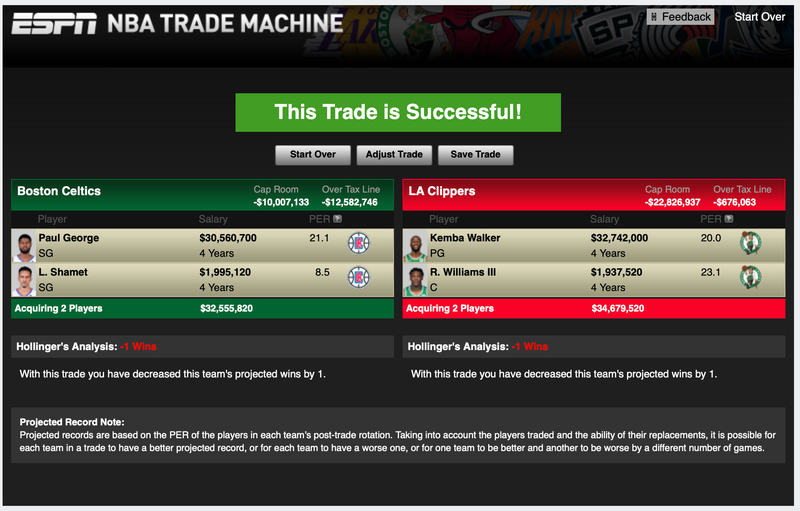 - Who says no to this Celtics trade with Nets?

- Who says no to this Celtics trade with Hawks?

- Who says no to this Celtics trade with Pacers?