Two quotes since the Patriots hoisted their sixth and most recent Lombardi Trophy on Feb. 3, 2019, are sticking with me after Thursday night’s third straight uncompetitive game vs. the Buffalo Bills.

Patriots players are openly calling out the offense now

First, from the venerable Patriots owner Robert Kraft, dated March 29 of this year: “I’m not happy that we haven’t won a playoff game in three years. So, I think about that a lot.”

Second, from the man charged with solving that very problem that his owner cited late last winter, Bill Belichick. During a bumpy, confusing and concerning training camp, the Patriots football czar right here on WEEI said, “Ultimately, I’m responsible for all of it. If you want to ask who’s in charge, then it would be me. I have the final say in everything.”

And there you have it.

My question today is simply this: How many good decisions has Bill Belichick made since winning that last Super Bowl championship? If I’m the owner, that is the very question I am asking myself as the Patriots yet again proved in front of the nation last night that they are simply not built to compete with the real contenders in the NFL. After 18 years of literally setting the bar for all contenders and pretenders to strive for, the Patriots as constructed and deconstructed by Belichick have not come close to reaching the very bar that they themselves set.

In fairness, the bar that the Patriots set was the ultimate outlier in a league and at a time, when becoming and sustaining a dynasty was an unthinkable achievement. You know the story and that legacy is set, forever. However, since the Patriots’ last taste of NFL glory or even legitimate contention, neither the results nor the future trajectory for the organization under Belichick, are passing the test. Worse, going into last night’s game, I fully expected the result we all witnessed. That’s a new and unflattering development this year and a glaringly bright sign of where this Patriots team truly stands amongst its competition. I saw no path for the Patriots to defeat the Buffalo Bills Thursday night. The Bills have better talent on both sides of the ball and frankly, these days, are far more disciplined and better coached.

If the Patriots were rebuilding and you could see the improvements week to week, an upward trajectory for the future would be something to cling to. Watching a team on the rise can be one of the most thrilling experiences in sports. Think of the 1994 Patriots under Bill Parcells, the 2001 Patriots under Belichick or the upstart Celtics during the Isaiah Thomas era. How about the 2013 Boston Marathon-fueled Red Sox? A team that went from worst to first in front of our eyes. That hope and promise for a winning future is an absolute thrill to experience and can energize a fanbase while its team builds and develops in front of your eyes.

Now four years removed from being a legitimate Super Bowl contender, do you feel that way now? There’s no way. Yet, it’s always business as usual with Bill. Same process and unsurprisingly, the same result.

Business as usual is never a clear path to success. Business as usual when you are not attaining the success level that you once defined, is not a recipe for success. Doing business as business is being done and changing with the times to do so is a far surer path. Ask people who once worked for Polaroid how an inability to change with the times worked for that once highly respected and revered brand. They went out of business…

Back to my question at the top: How many good decisions has Bill Belichick made since hoisting that last Lombardi Trophy on Feb. 3 2019?

Not investing in Tom Brady for an extended contract that offseason would be at the top of the bad decision list. Not investing appropriately in his supporting cast of coaches and player personnel types is also a consistent blind spot that has really injured this organization over time. Belichick himself may not be a big believer in titles, but they do matter. Maybe if Brian Daboll, Brian Flores, Dave Ziegler or the cast of dozens whom the organization has seen drift away wouldn’t have left, had Belichick simply invested in them financially or shown enough belief in them to award them the title they deserved. Instead, you are left with Matt Patricia, a career defensive mind and failed head coach to teach, nurture and develop your first-round quarterback, Mac Jones, in his critical second year of development. Bad idea. Add Joe Judge to that equation, too, who is also miscast in his role on offense. Bad idea.

In real time, by virtue of these poor decisions, you not only see poor results on the field but are actually watching a new and serious problem to fix for the future: the regression of your quarterback. A quarterback you invested serious draft capital in and a problem that your ultimate football decision maker (Belichick) created by installing unqualified coaches as Jones’ supporting cast. Again, bad idea.

Speaking of draft capital, Belichick’s history of questionable draft choices is long, well documented and has absolutely contributed to the team’s current standing in the league, which is mediocre at best. Worse, too many years of NFL Draft misses has stunted the team’s growth for the future. The 2019 and 2020 draft classes stand out as the most recent examples of incomplete drafts. However, even in what looks to be a strong Patriots draft class (2022), taking a suddenly penalty-prone guard (Cole Strange) with third-round grades in the first round underscores a very real problem the Patriots have and that’s Belichick’s business as usual approach.

Drafting in areas of comfort and bucking the trends and the scouting of your own people in addition to the NFL consensus is again, business as usual for Belichick. Surrounding yourself with lieutenants like your children (Stephen & Brian), your former coaching assistants’ children (Matt Groh and Mick Lombardi from years past), may be comfortable for Belichick but clearly not always ideal for the task at hand. The results on the field and in the standings show that. Put both Matt Patricia and Joe Judge in that same bucket too. Loyalty, fealty and comfort for the coach is seemingly trumping what is truly best for the team.

As the business on the NFL field is constantly changing, featuring high-powered, fast-paced and innovative offenses, Belichick’s business as usual approach doesn’t seem to be keeping up. Smart leaders know that change is healthy. The Krafts are smart businessmen and leaders. Smart leaders ask questions like… how many good decisions has the man in charge made the last few years? A period in time where not only have the Patriots not won a playoff game, they haven’t really been close. If you have an eye to the future, do you think that pattern and path looks better? Are the arrows pointing up or down? I say down.

These are the questions that I have, and if the owner back in March said that he’s “not happy about not winning a playoff game in three years,” then it’s a smart bet to think that Patriots ownership have questions of their own. 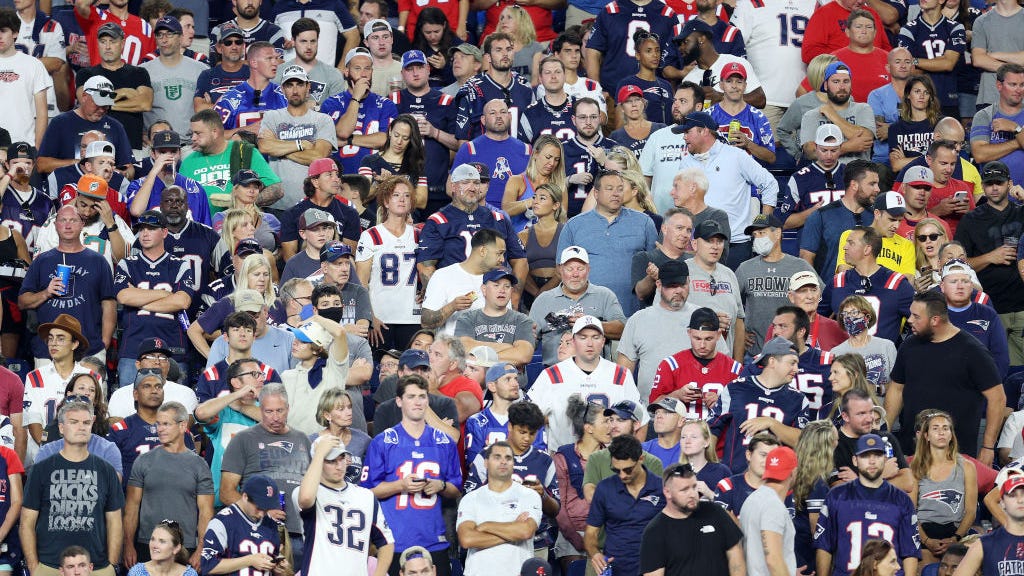