When it comes to induction into the National Baseball Hall of Fame, things are trending well for David Ortiz. The other candidates? Not so much.

According to Ryan Thibodaux's Hall of Fame tracker, in his first year of eligibility, Ortiz has been put on 80.3 percent of the 58 public ballots that have been revealed. He is the only candidate to be clocking in with a percentage above the required 75 percent to gain induction. 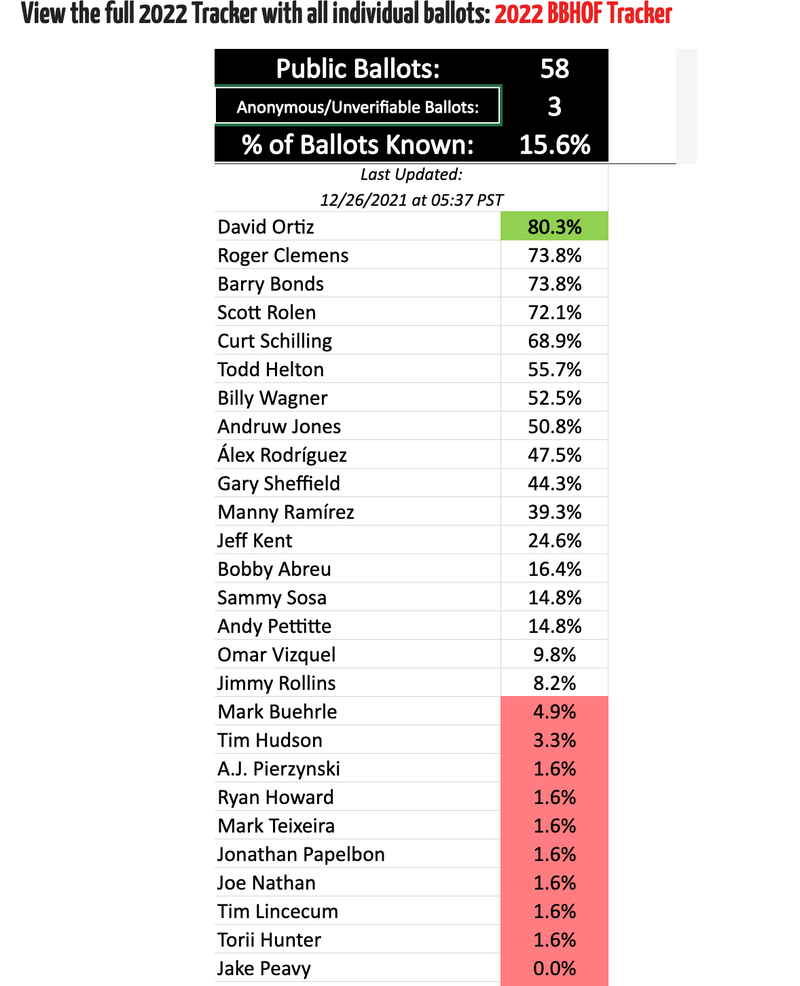 Last year, Schilling came closest to induction with at 72.4 percent, with Bonds clocking in at 65.8 percent and Clemens totaling 65.2 percent. Rolen seems to be making the biggest jump so far, having finished at 57.1 percent last year.